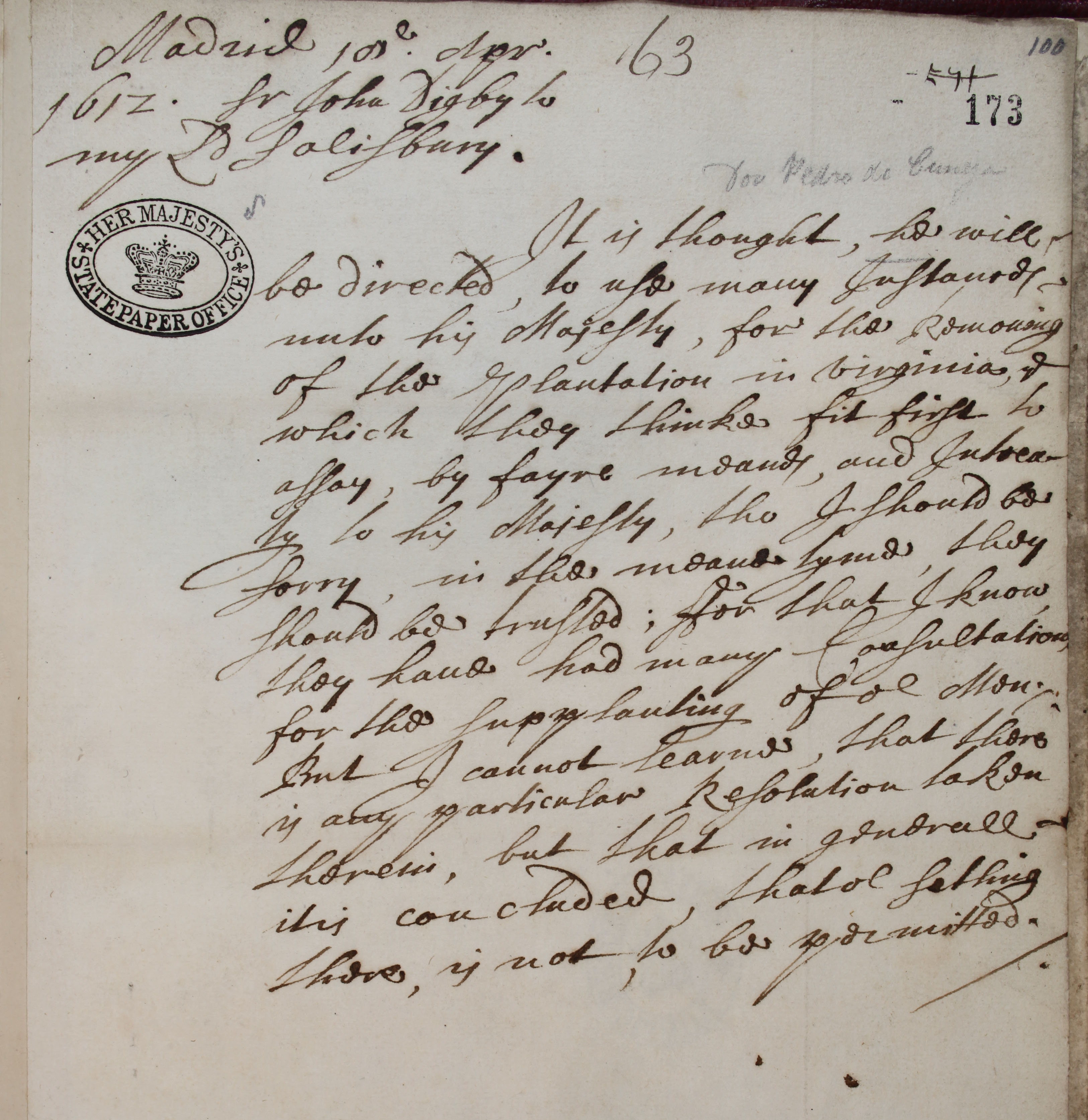 This shows resistance to Jamestown in Virginia, named after King James I, England’s first settlement in North America. It was founded in 1607 with the hope of discovering a northwest passage to the Orient and spreading the Anglican faith.

It is thought, he will be directed, to use many instances [reasons] unto his Majesty, for the removing of the plantation in Virginia, & which they think fit first to assure by fair means and entreaty [request] to his Majesty, though I should be sorry in the meantime they should be trusted. For that I know they have had many consultations for the supplanting of our men, but I cannot learn that there is any particular resolution taken therein but that in general it is concluded that our settling there is not to be permitted.

Return to James I