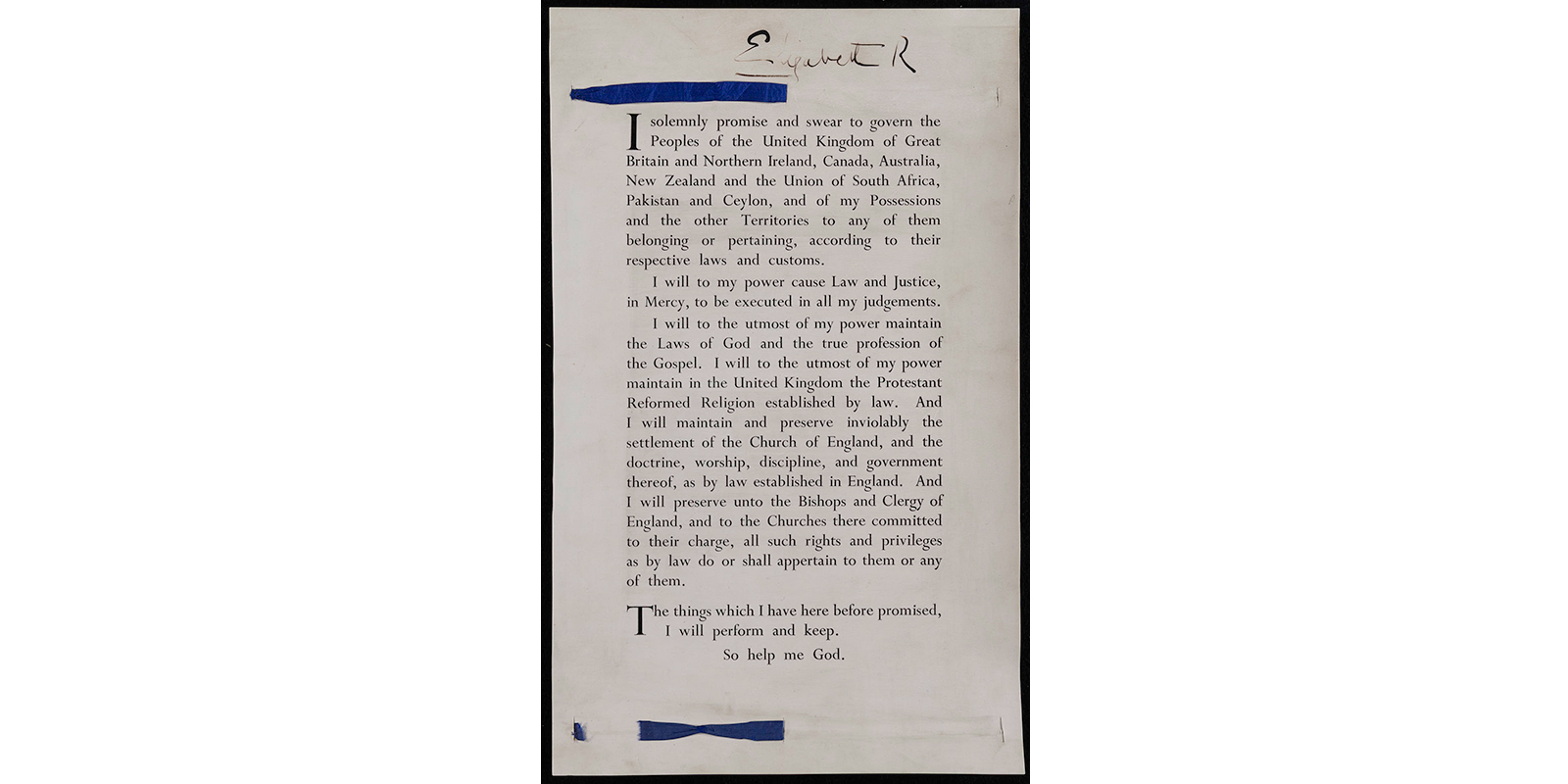 You can download the full digitised document via Discovery, our online catalogue: Coronation Oath signed by Elizabeth II

I solemnly promise and swear to govern the People of the United Kingdom of Great Britain and Northern Ireland, Canada, Australia, New Zealand and the Union of South Africa, Pakistan and Ceylon, and of my Possessions and the other Territories to any of them belonging or pertaining, according to their respective laws and customs.

I will to my power cause Law and Justice, in Mercy, to be executed in all my judgements.

I will to the utmost of my power maintain the Laws of God and the true profession of the Gospel. I will to the utmost of my power maintain in the United Kingdom the Protestant Reformed Religion established by law. And I will maintain and preserve inviolably the settlement of the Church of England, and the doctrine, worship, discipline, and government thereof, as by law established in England. And I will preserve unto the Bishops and Clergy of England, and to the Churches there committed to their charge, all such rights and privileges as by law do or shall appertain to them or any of them.

The things which I have here before promised, I will perform and keep.

So help me God.

Find out more about the BBC’s involvement in the coronation of Queen Elizabeth II here: The BBC and the Coronation