Harwich, Essex, 25 April 1916 – at roughly 10:30pm, a terrifying sound shattered the night’s peace. It was a raid, led by a Zeppelin – a German airship filled with hydrogen that travelled at 85 miles per hour and carried up to two tons of bombs.

As a port town, home to a fleet of Royal Navy ships and submarines, Harwich was a key target for the raids. However people further inland – in towns such as Malden, Epping and Romford – would have also feared attacks; in difficult weather, Zeppelins were often blown hundreds of miles off target, and would drop their bombs wherever they ended up. The first Zeppelin raid in January 1915 aimed to hit the Humber area but actually bombed Great Yarmouth and King’s Lynn – both a considerable distance east of the original target.

By the end of the war over 1,500 British citizens had been killed in air raids. At a time when aeroplanes had yet to become a common sighting in our skies, the appearance of unpredictable Zeppelin aircrafts must have instilled great fear in the hearts of civilians. 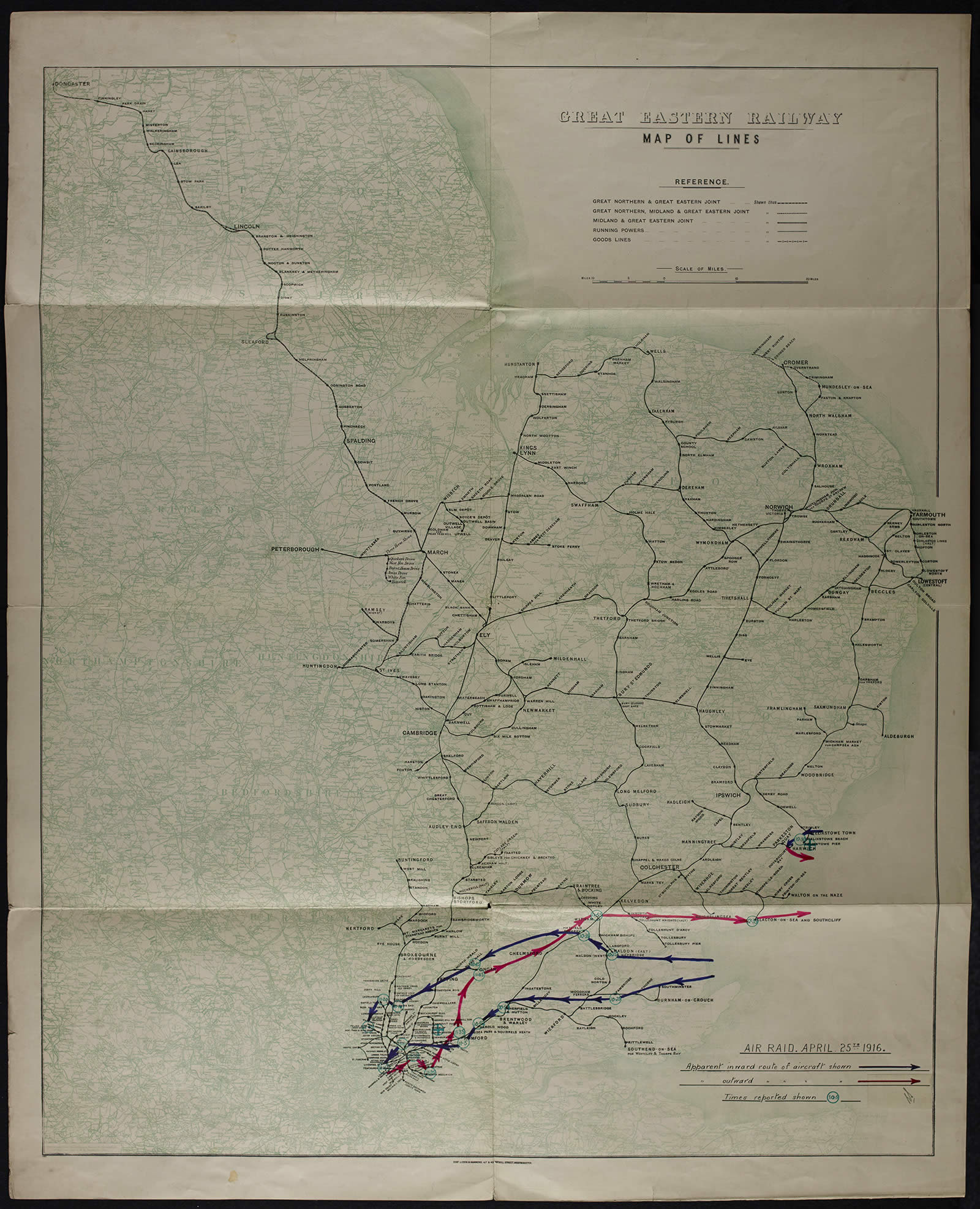 Map showing air raids on the south of England on the night of 25 April 1916 – the top of the map additionally has a key to the railway lines running through the area (catalogue reference: RAIL 227/503)