With agricultural workers leaving their jobs to join the war effort, food production was under pressure: harvests still needed to be brought in, and farms kept working.

In many rural areas school children between the ages of 11 and 14 stepped in to provide unskilled labour on the nation’s farms. Edward Grant, aged 11 and ‘no bigger than a whippet’, was one such boy. Edward left school to work on a farm at Chitterne, Wiltshire, in 1915. He worked from 7:30 to 16:00 every day, driving horses for just 4s a week. 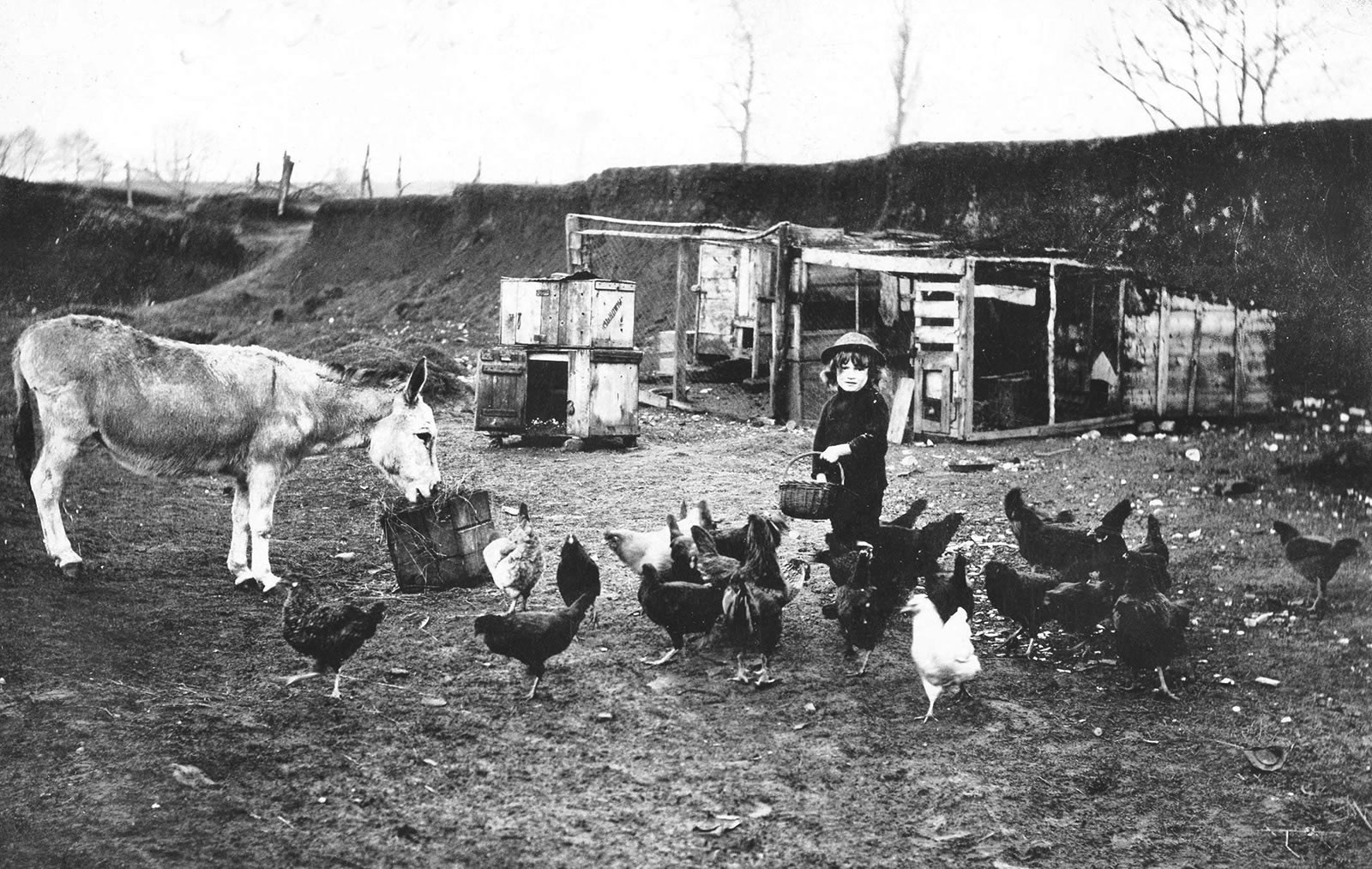 Cases like Edward’s raised concerns among local education authorities (LEAs), agricultural workers’ unions and organisations like the National Education Association. They accused ‘short-sighted farmers’ of exploiting the wartime emergency to use children as cheap labour, with little thought for their education or future job prospects.

Under local byelaws, school attendance committees could permit children over the age of 11 or 12 to miss school to work, but only in exceptional circumstances. Board of Education statistics reveal an increasing number of children aged 11 to 14 were excused school for agricultural work during the war. Between September 1914 and January 1915 just over 1,400 children in England and Wales were excused school for this reason. A return of the number of children excused for agricultural work on 31 January 1916 totalled over 8,000 children, and this nearly doubled to 15,753 children on 31 May 1916.

The numbers differed widely between counties. Most local authorities released only a small proportion of their children, but others issued many more exemptions: in Huntingdonshire 50% of boys aged 12 to 14 were excused school attendance to work on farms by the middle of July 1915.

The Board of Education began to monitor LEAs much more closely but in the end they could do little to force them to reduce the number of children excused from school. Agricultural counties like Huntingdonshire claimed that farms would fail without child labour and public sympathy was with them.

Accepting the wartime emergency, in 1917 and 1918 the Board of Education granted an extra six weeks holiday to schools in rural districts so that older boys might work during busy times in the agricultural year.

By December 1917 the Board of Education estimated that practically every boy in a rural school whose parents had granted him permission had been employed in agriculture.