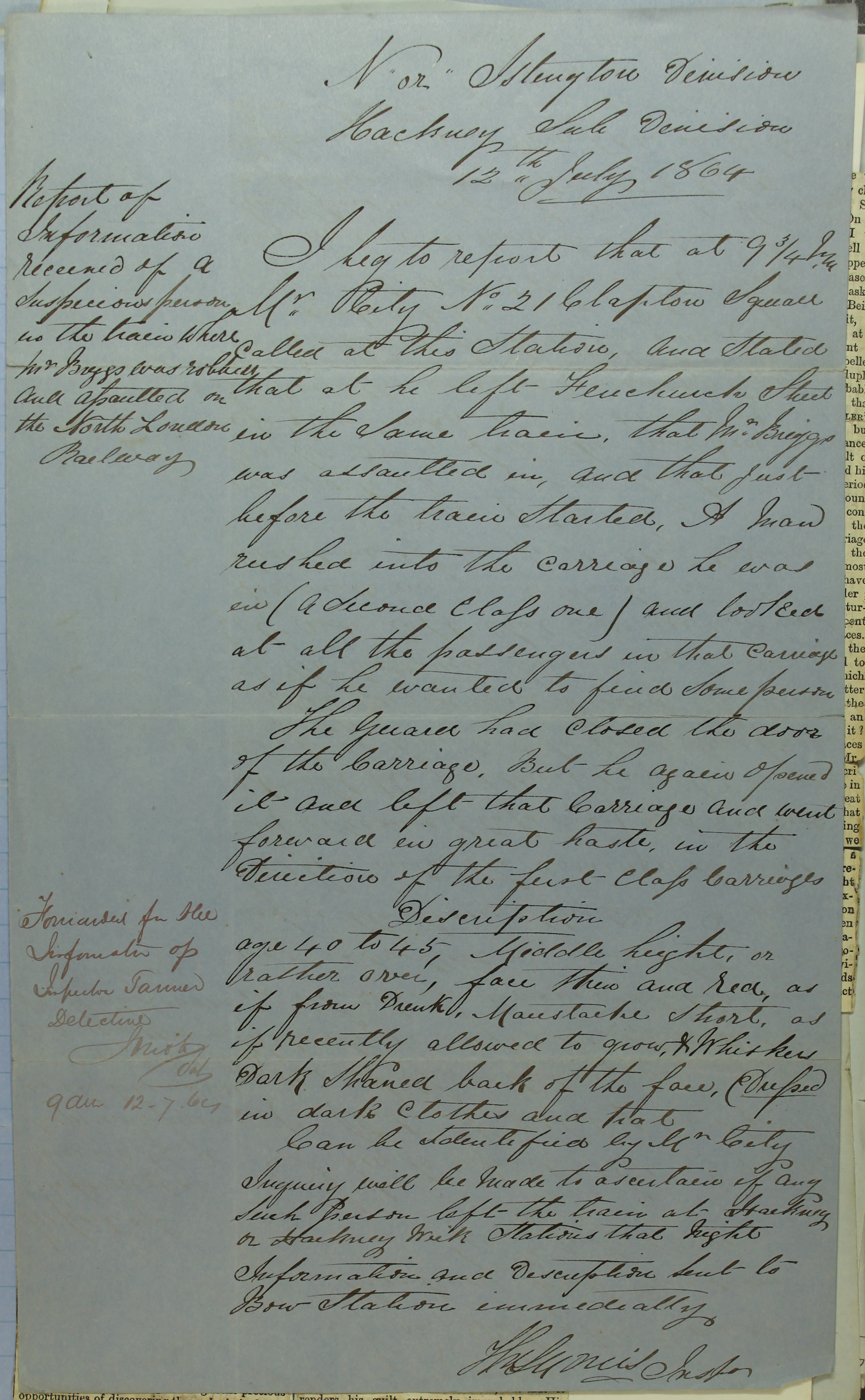 [Note in margin: To Inspector Williamson to be shown to the Solicitor of Treasury… September 19]

Report of Information of a suspicious person on the train where Mr. Briggs was robbed and assaulted on the North London Railway.

I beg to report that at 9 ¾ [9.45 pm] Mr City, No. 21 Clapton Square called at this station and stated that he left Fenchurch Street in the same train that Mr. Briggs was assaulted in, and that just before the train started, a man had rushed into the carriage he was in (a second class one) and looked at all passengers in the carriage as if he wanted to find a person. The Guard had closed the door of the carriage, but he again opened it and left that carriage and went forward in great haste in the direction of the first class carriages.

Age 40-45, middle height or rather over, face thin and red as if from drink, moustache short, as if recently allowed to grow & whiskers. Dark shaved back of the face (dressed in dark clothes and hat.) Can be identified by Mr City.

Inquiry will be made to ascertain if any such person left the train at Hackney or Hackney Wick Stations that night. Information and Description sent to Bow Station immediately.

Police report from the Division at Islington & Hackney concerning a witness who had travelled on the same train as Mr Briggs (Catalogue ref: MEPO 3/75)