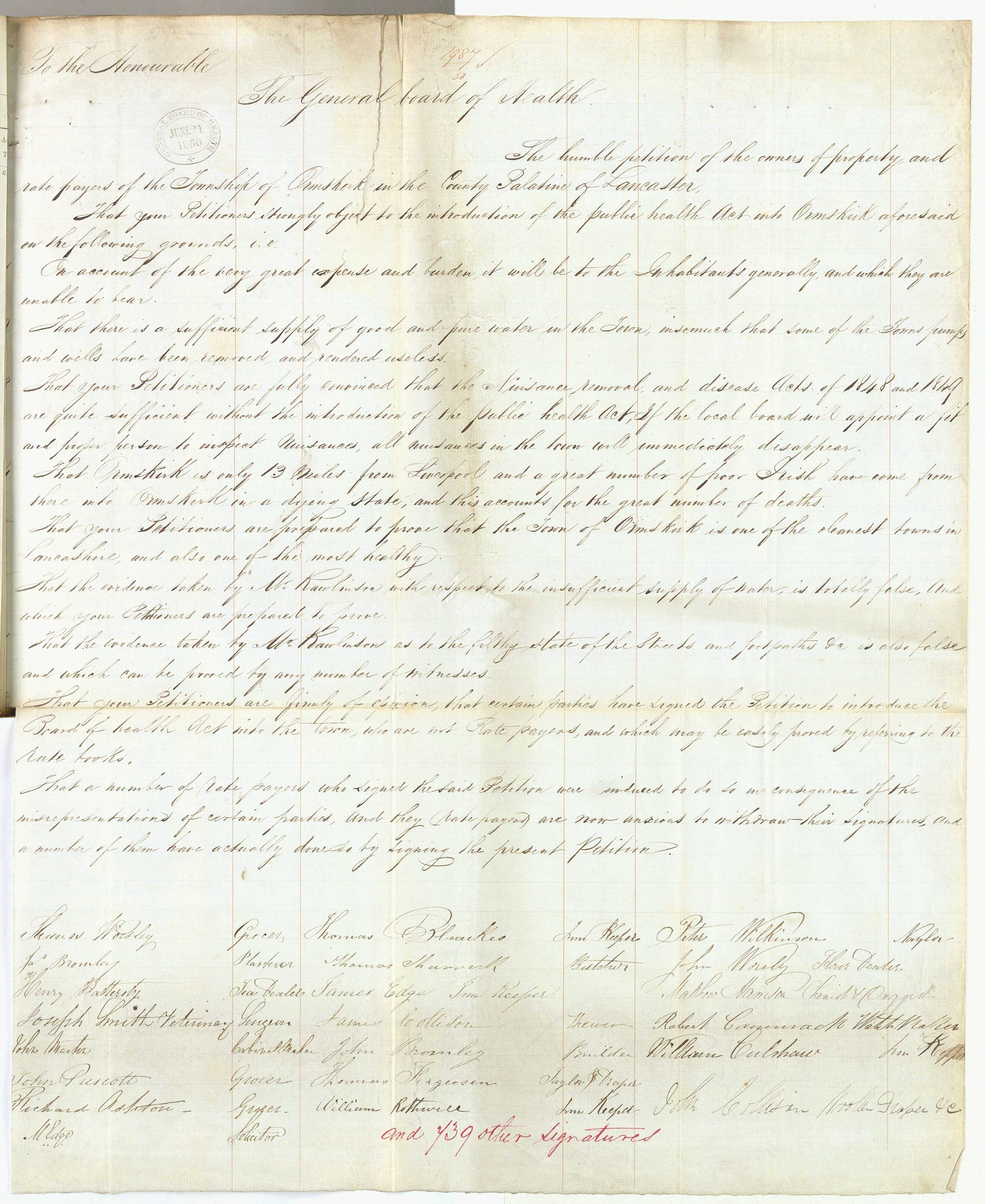 A petition sent from people in Ormskirk, Lancashire to the General Board of Health against setting up a local board of health, 21 June, 1850. Catalogue ref: MH 13/138.

To the honourable The General board of Health

The humble petition of the owners of property and ratepayers of the Township
Ormskirk in the county Palatine of Lancaster.

That your petitioners strongly object to the introduction of the Public Health Act
into Ormskirk aforesaid in the following grounds, i.e. On account of the very great expense and burden it will be to the inhabitants generally and which they are unable to bear.

That there is a sufficient supply of good and pure water in the town, in so much that some of the town’s pumps and wells have been removed and rendered useless.

That your petitioners are fully convinced that the Nuisance removal and disease Acts of 1848 and 1849 are quite sufficient without the addition of the Public Health Act. If the local board will appoint a fit and proper person to inspect Nuisances, all nuisances in the town will immediately disappear.

That your petitioners are prepared to prove that the town of Ormskirk is
one of the cleanest towns in Lancashire and also one of the most healthy.

That the petitioners are firmly of the opinion that certain parties have signed a
petition to introduce the board of health act into the town who are not ratepayers and which may be easily proved by referring to the rate books. That a number of ratepayers who signed the petition were induced to do so in consequence of the misrepresentations of certain parties and they (ratepayers) are now anxious to withdraw their signatures, and a number of them have actually done so by signing the present petition.