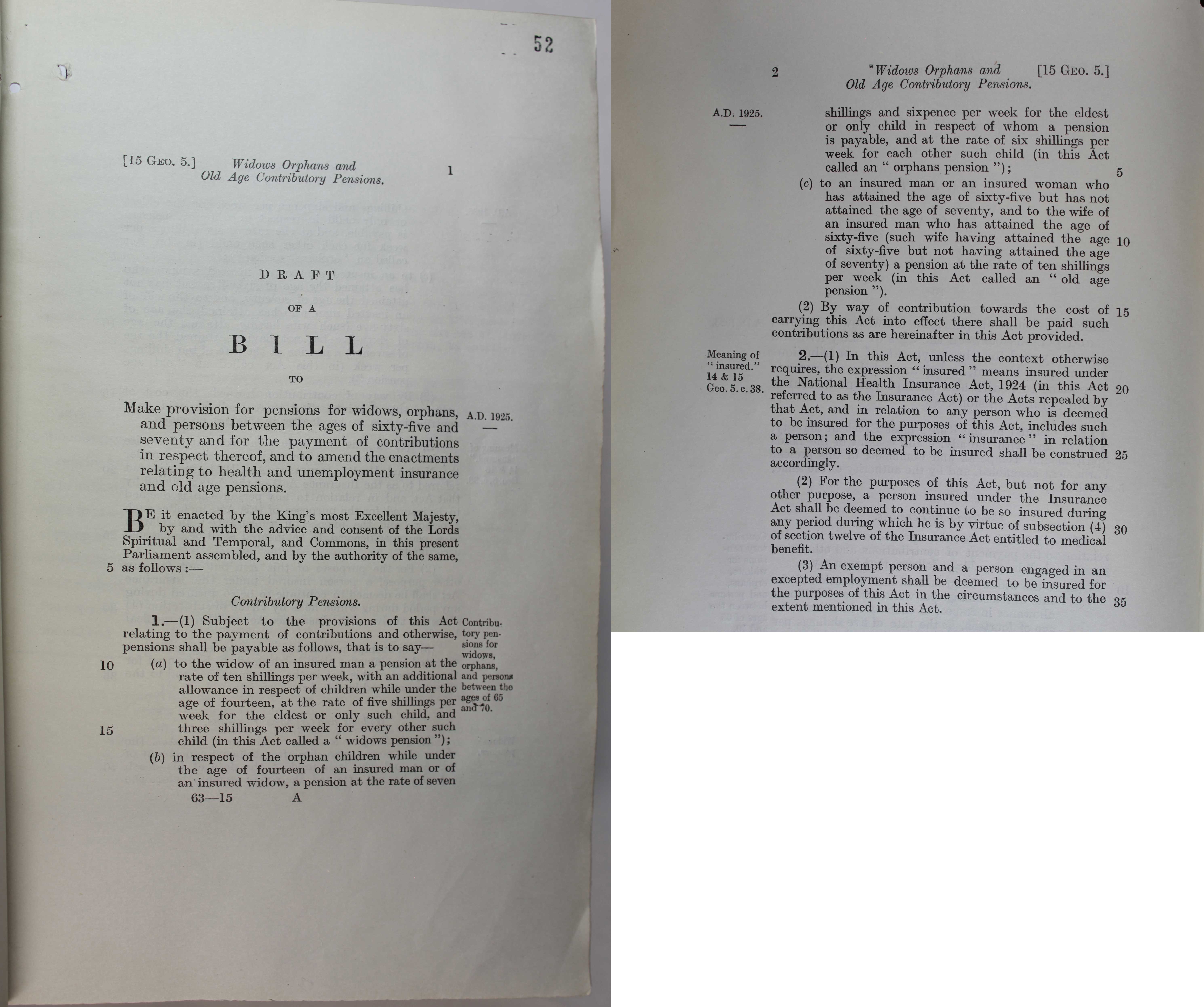 Make provision for pensions for widows, orphans and persons between the ages of sixty-five and seventy and for the payment of contributions in respect thereof, and to amend the enactments relating to health and unemployment insurance and old age pensions.

Be it enacted by the King’s most excellent Majesty, by and with the advice and consent of the Lords Spiritual and Temporal, and the Commons, in this present Parliament assembled, and by the authority of the same as follows:-

(Contributory pensions for widows, orphans and persons between 65 and seventy)

(2) By way of contribution toward the cost of carrying this Act into effect there shall be paid such contributions as are hereinafter in this Act provided.

(2)  For the purposes of this Act, but not for any other purpose, a person insured the Insurance Act shall be deemed to continue to be so insured during any period which he is by virtue of subsection (4) of section twelve of the Insurance Act entitled to medical benefit