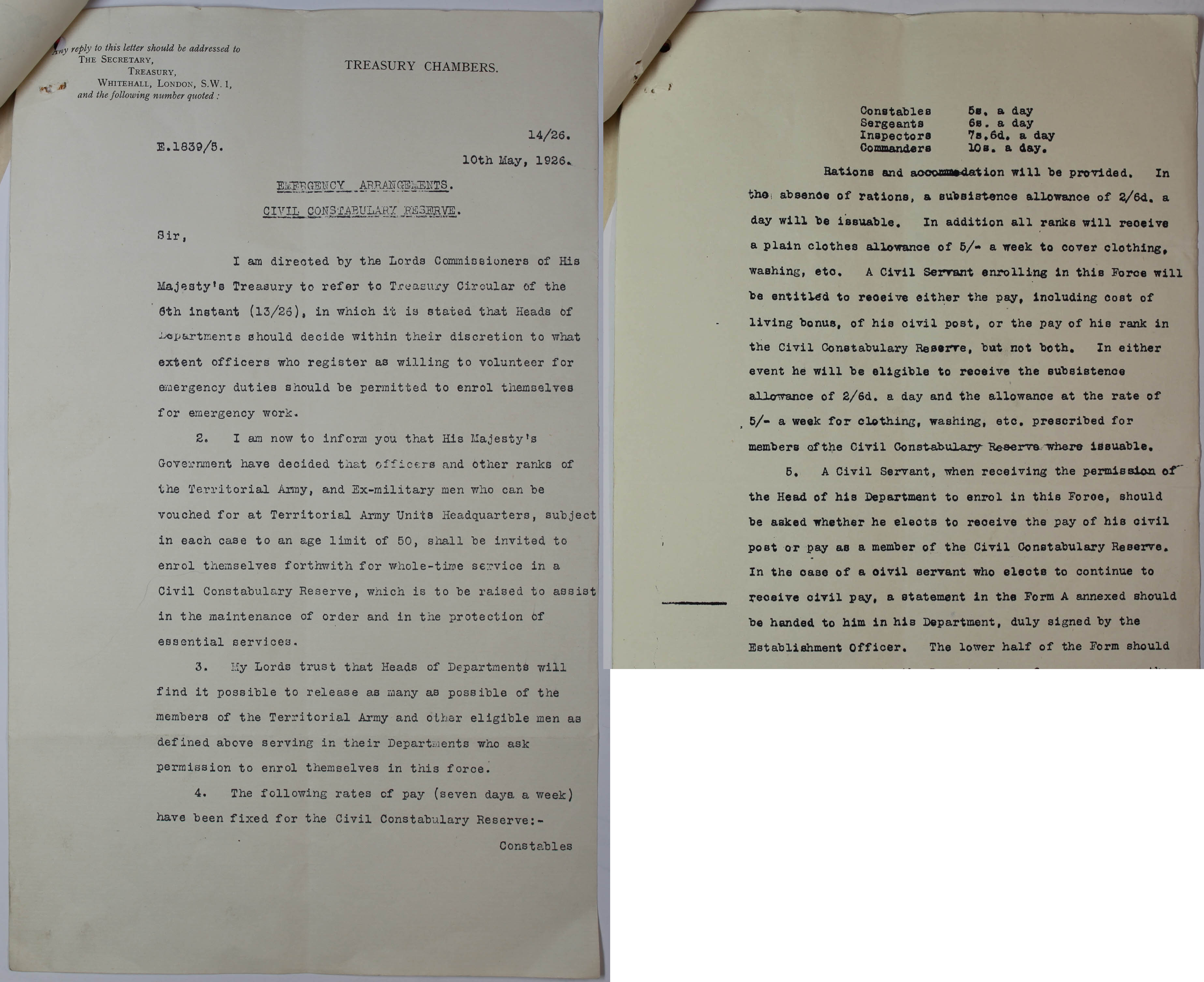 Any reply to this letter should be addressed to

And the following reference quote

I am directed by the Lords Commissioners of His Majesty’s Treasury to refer to Treasury circular of the 6th instant (13/26), in which it is stated that Heads of Departments should decide within their discretion to what extent officers who register as willing to volunteer for emergency duties should be permitted to enrol themselves for emergency work.

Rations and accommodation will be provided. In the absence of rations, a subsistence allowance of 2/6d a day will be issuable. In addition all ranks will receive a plain clothes allowance of 5/- a week to cover clothing, washing etc. A civil servant enrolling in this Force will be entitled to receive either the pay, including the cost of living bonus, of his civil post, or the pay of his rank in the Civil Constabulary Reserve, but not both. In either event he will be eligible to receive the subsistence allowance of 2/6d a day and the allowance at the rate of 5/- a week for clothing, washing, etc. prescribed for members of the Civil Constabulary Reserve where issuable.