The oldest known Māori map of New Zealand, drawn by Tooka-Titter-anue Wari-Ledo in 1793.

[West is at the top of the map. North Island (right), where Tuki lived, is drawn larger than South Island, which he had never visited]. 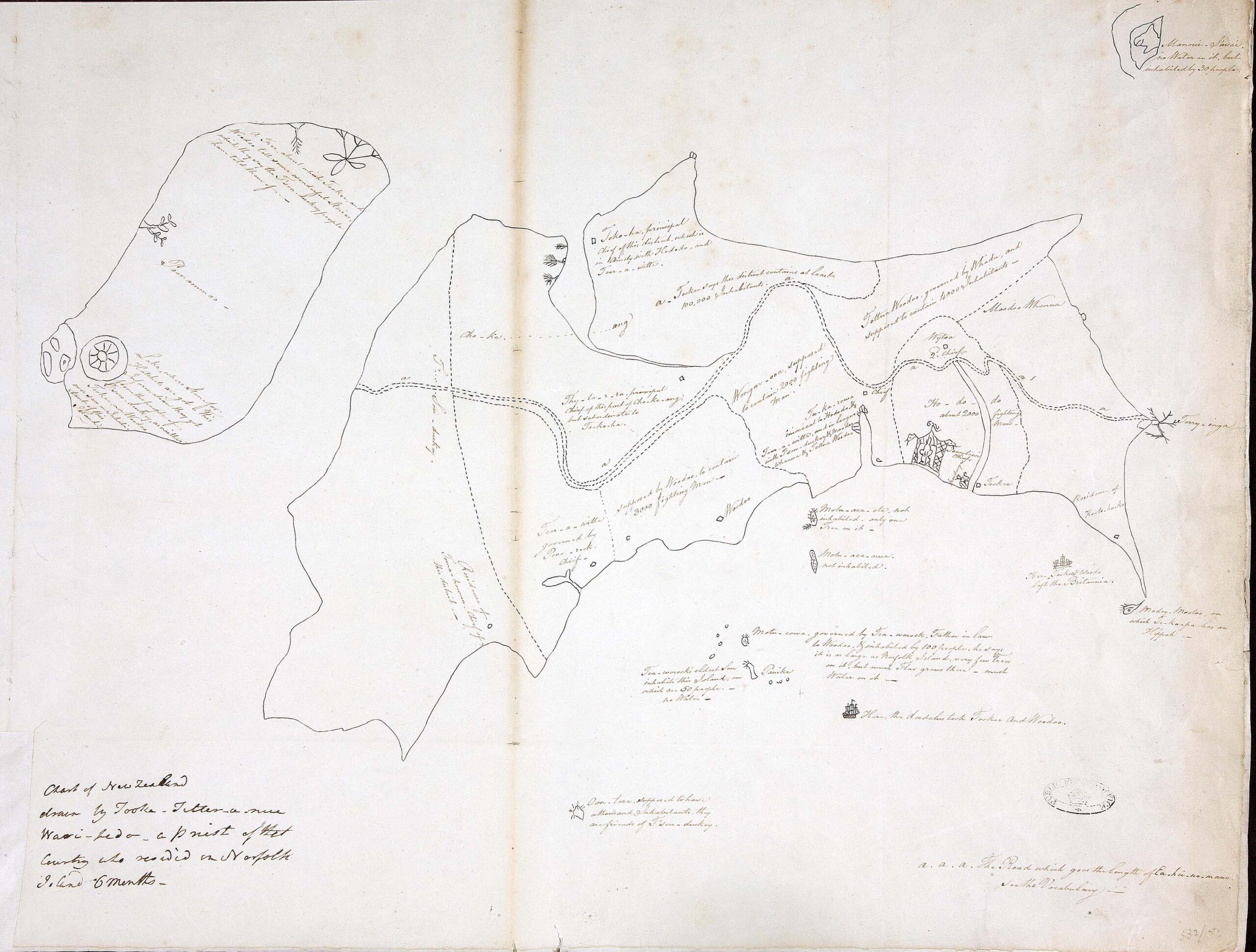 A tree, about which Tookee, and Woodoo tell some wonderful stories, which they say the T’sou-duokay people have told them of

Lake, where stone for hatchets are got. This information they got from the people of T’sou-duokay, as neither Tookee, nor Woodoo ever saw an inhabitant of this land.

Tottua Woodoo, governed by Whadu, and supposed to contain 4000 inhabitants

Residence of Toma-howuu, chief of this district

Islands and ships, clockwise from L-R:

Oou-tore. Supposed to have a town and inhabitants, they are friends of T’sou-duokay.

Toa-worock’s oldest son inhabits this island, on which are 50 people. No water

Motu-cowa, governed by Toa-worock, father in law to Woodoo, & inhabited by 100 people. He says it is as large as Norfolk Island, very few trees on it, but much flax grows there – much water on it

Motu-aca-ote, not inhabited. Only one tree on it

Manoui-L’avai. No water on it, but inhabited by 30 people.

Chart of New Zealand drawn by Tooka-Titter-anue Wari-Ledo, a priest of that country who resided on Norfolk Island 6 months

a. a. a. The road that goes the length of Ea-hoi-no-maae. See the vocabulary

« Return to The Search for ‘Terra Australis’