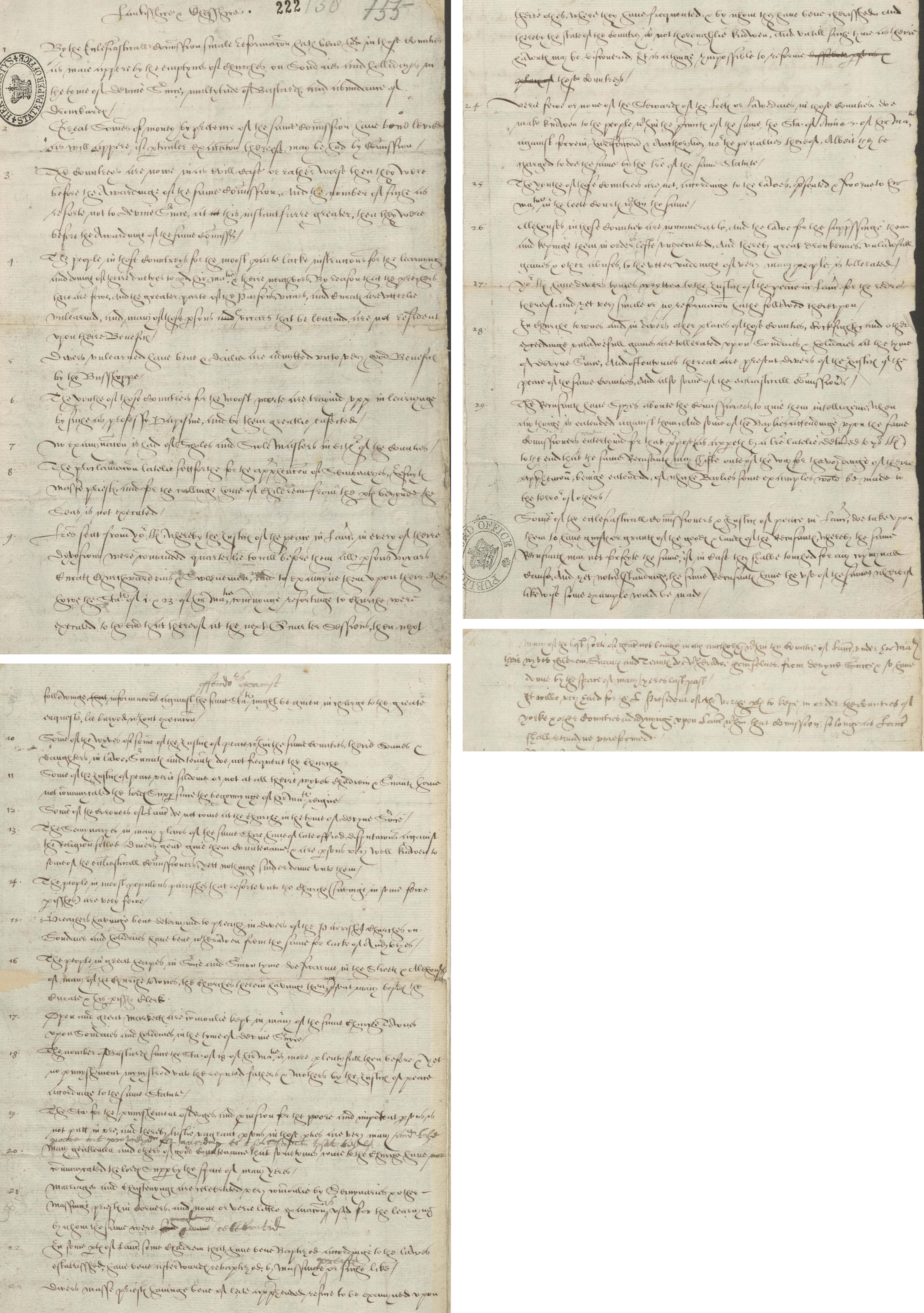 This lengthy extract from a report to the council on Lancashire and (nominally) Cheshire, addresses issues of non-attendance at church and the influence of seminary and Jesuit priests. It also highlights protestant concerns with moral behaviour, the so-called ‘Reformation of manners’.  The writer of the report is also critical of the Ecclesiastical Commissioners who have failed to do their job and often connive with justices of the peace and recusants.

notwithstanding the same recusants have the use of the same where of likewise some example would be made.

Many of the best sort of gentlemen not being in any authority within the County of Lancashire under her Majesty, their wives children, servants and tenants do withdraw themselves from divine service so have done by the space of many years last past.

It will be very hard for the Lord President of the North parts to keep in order the counties of York & other Counties adjoining upon Lancashire within that Commission so long as Lancashire shall remain unreformed.…

[1] Elizabeth I, i.e. the first statute passed in the parliament held in the twenty-third year of Elizabeth’s reign (17 Nov 1580-16 Nov 1581).  This was An Act to retain the Queen’s Majesty’s Subjects in their due Obedience.

[4] i.e. that an example should be made of some of the bailiffs to warn and deter others