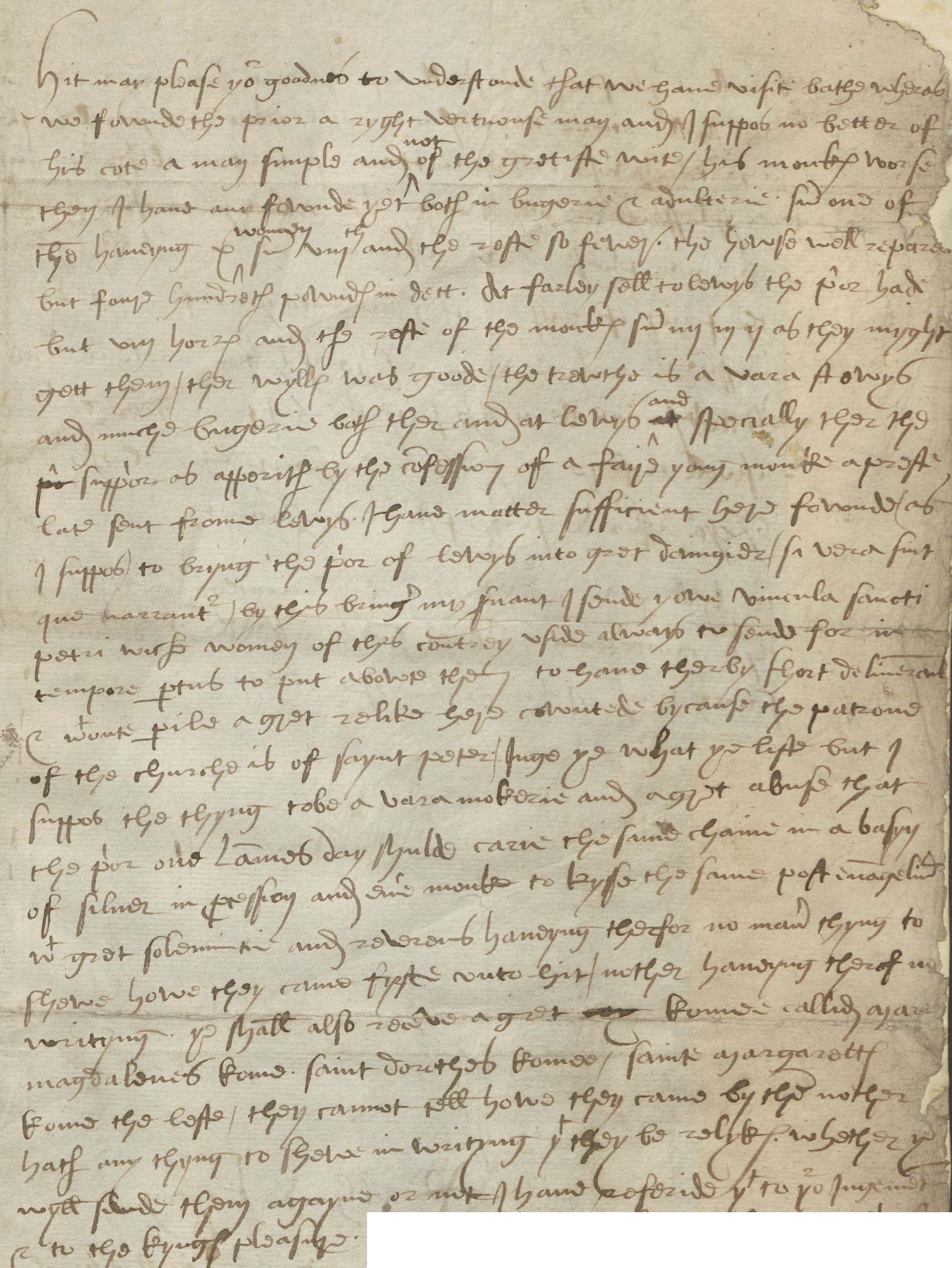 Richard Layton, Dean of York, was one of Cromwell’s most important agents in assessing monasteries before their dissolution.  This lively letter comes from Layton’s tour of the south of England, covering Gloucestershire, Somerset, Worcestershire and Wiltshire.  He also conducted visitations in Oxford, Kent and Yorkshire.

It may please your goodness to understand that we have visited Bath where as we found the prior a right virtuous man, and I suppose no better of his cure a man simple and not of the greatest wit, his monks worse than I have ever found yet both in buggery & adultery some and of them having ten women some eight and the rest so fewer, the house well repaired but four hundred pounds in debt.  At Farley cell to Lewes, the prior had but eight whores and the rest of the monks, some four, three, two as they might get them, their wylles [wills] was good, the truth is a very stew [slang for brothel] and much buggery both [there] and at Lewes and specially there the sub-prior as appeared by the confession of a fair young monk, a priest late sent from Lewes.  I have matter sufficient here found (as I suppose) to bring the prior of Lewes into great danger si vera sint quæ narrantur [if it is true that they are related] by this bringer my servant, I send you vincula sancti petri [The chains of St Peter] which women of this countryside [area] always to send for in tempore perilus [In time of peril or danger] to put about them to have thereby short deliverance & without peril, a great relic here counted because the patron of the church is of Saint Peter, judge ye what ye list but I suppose the thing to be a very mockery and a great abuse that the prior one Lammas Day [1 August] should carry the same chain in a basin of silver in procession and diverse [several] monks to kiss the same, post evangelists [after the gospels] with great solemnity and reverence having therefore no manner thing [no way of showing] to show how they came first unto it , neither having thereof in writing ye shall also receive a great comb called Mary Magdalen’s comb, saint Dorothy’s comb, Saint Margaret’s comb the least they cannot tell how they came by them no other hath anything to show in writing that they be relics whether ye will send them again or note I have referred that to your judgement & to the king’s pleasure…