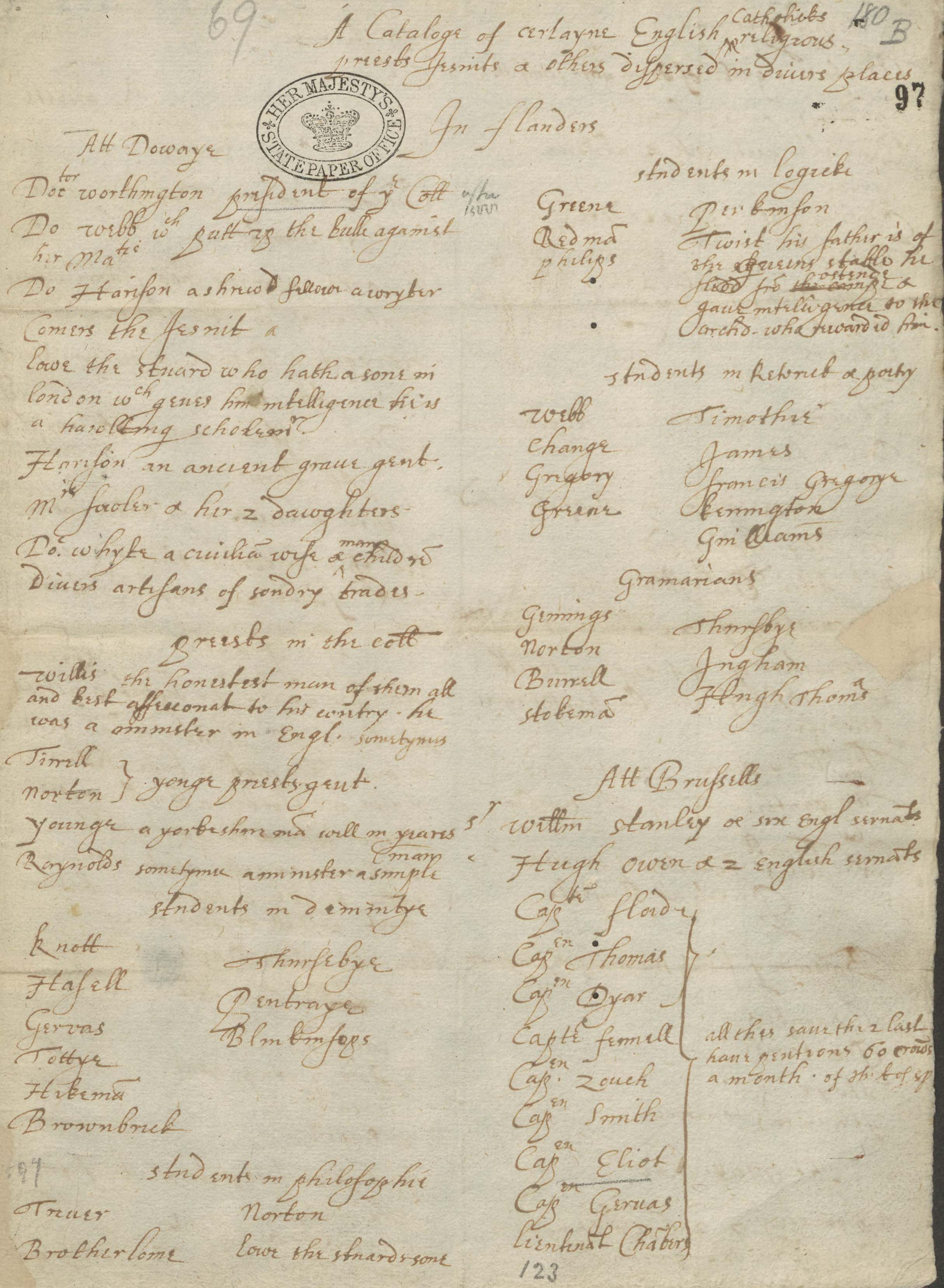 This extract gives a sense of some of the information that was collected by the state towards the end of Elizabeth’s reign on Catholic exiles living abroad.  Although most entries are just names, some individuals were described and notes were taken if they had passed on ‘intelligence’ (i.e. information) to foreign princes and/or received pensions from them.

1598   A Catalogue of certain English Catholics

Doctor Worthington president of the College

Doctor Webb which put up the bull against her Majesty

Lowe the steward who hath a son in London which gives him intelligence [from?] a [unclear] schoolmaster

Priests in the cell

Younger a Yorkshire man well on in years

Redman Twist his father is of

Philips the Queen’s stable he fled from the court Ostende & gave intelligence to the archduke who reared him.

Capten Fennel} all these save the 2 last

Capten Smith} 60 crowns a month of

Capten Eliot} of the king of Spain