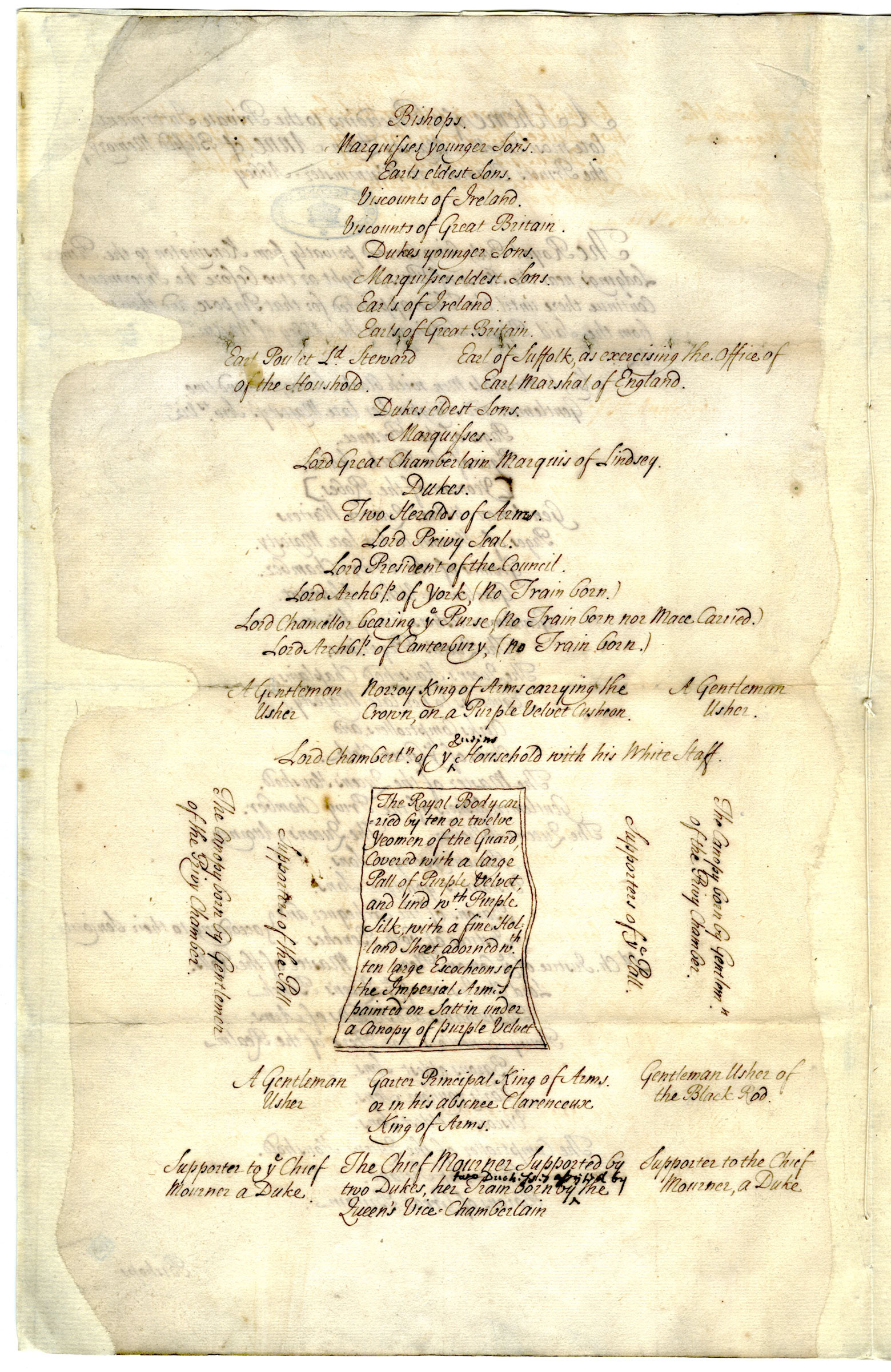 Lord President of the Council

Crown on a purple velvet cushion

Lord Chamberlain of Queens Household with his White Staff

The canopy born by Gentlemen of the Privy Chamber

Supporters of the Pall

The Royal body carried by ten or twelve Yeomen of the Guard covered with a large Pall of purple velvet and lined with purple silk, with a fine Holland [linen fabric] sheet adorned with ten large Escutcheons [shields] of the Imperial Arms painted on satin under a canopy of purple velvet

The Chief Mourner Supported by two Dukes, her Train born by the