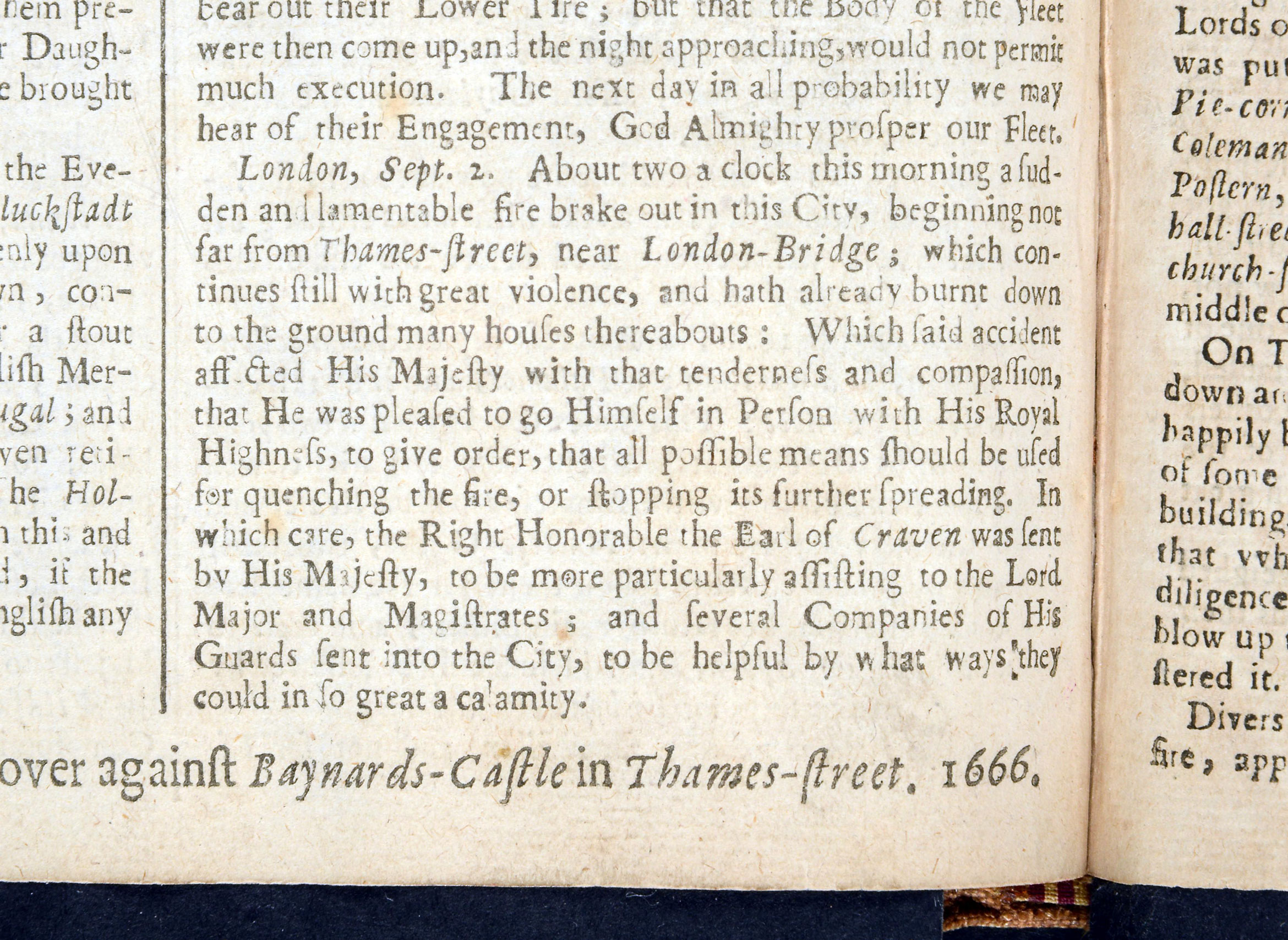 Report from the London Gazette on the spread of the Great Fire, September 1666. (Catalogue ref: ZJ 1/1)

Originally, the London Gazette was first published as The Oxford Gazette on 7 November 1665 when Charles II and his court left London for Oxford to escape the Great Plague in 1665.

About two a clock this morning a sudden and lamentable fire brake out in this City, beginning not far from Thames Street, near London Bridge; which continues still with great violence, and hath already burnt down to the ground many houses thereabouts; Which said accident affected His Majesty with that tenderness and compassion that He was pleased to Himself in Person with His Royal Highness to give order that all possible means should be used for quenching the fire, or stopping its further spreading. In which care, the Right Honourable the Earl of Craven was sent by His Majesty, to be more particularly assisting to the Lord Major and Magistrates; and several companies of His Guards sent into the City, to be helpful what ways they could in so great calamity.

About 2’o clock this morning a sudden and distressing fire broke out in this city starting near Thames Street, near London Bridge. It still burns strongly and has burnt down many houses in the area. The King has been very worried and concerned about it and has personally ordered that everything must be done to put out the fire and stop it from spreading. Therefore, he has sent the Earl of Craven to help the mayor and the magistrates (men responsible for the law) and some of his soldiers into the city to help in any way they can in this terrible event.