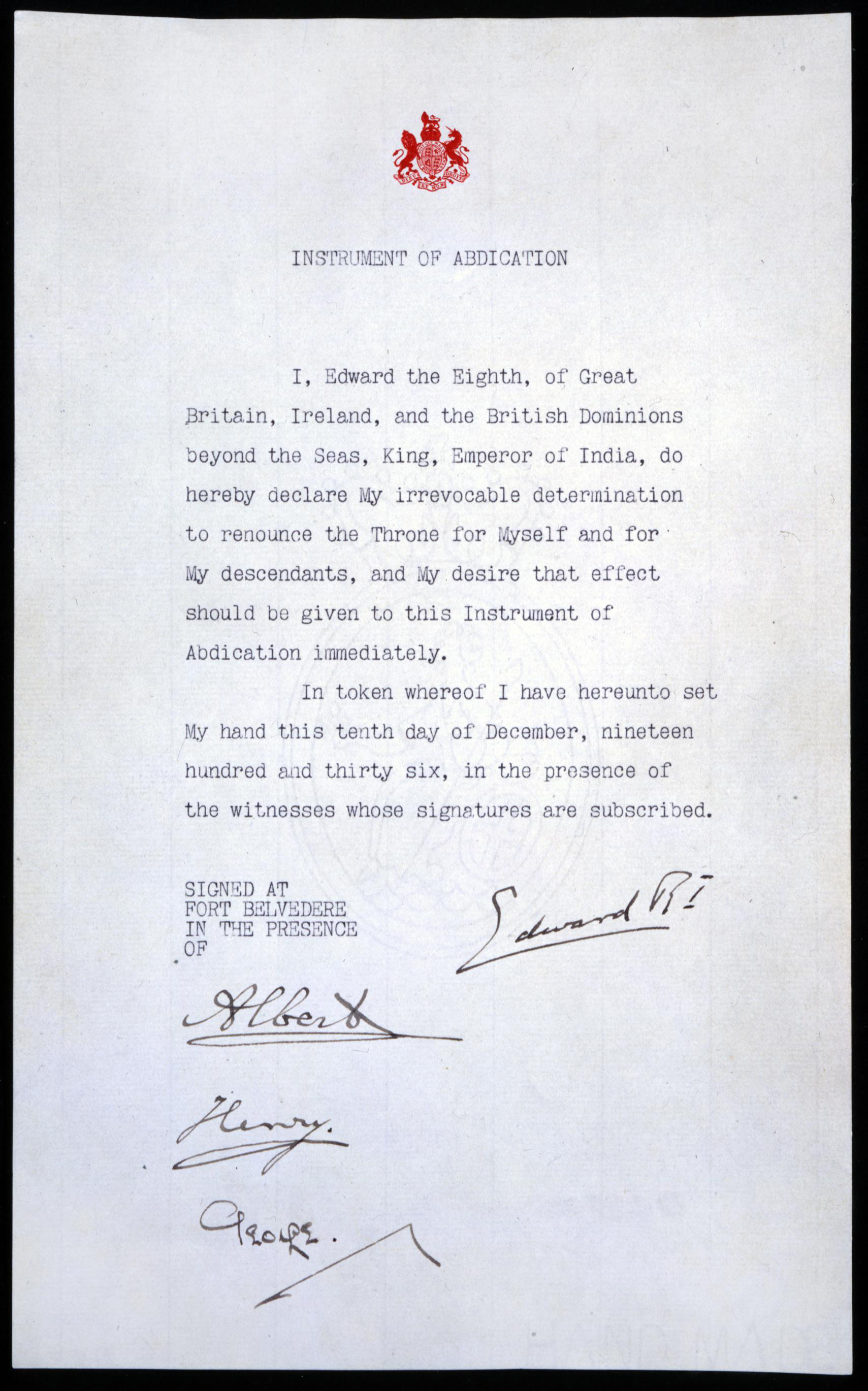 Edward VIII became king following the death of his father, George V. He abdicated the throne in order to marry divorcee Wallis Simpson and became known as the Duke of Windsor. Fort Belvedere is a house situated in Windsor Great Park in Surrey where Edward lived as Prince of Wales. The Instrument of Abdication was witnessed and signed by his younger brothers: Prince Albert, Duke of York; Prince Henry, Duke of Gloucester; and Prince George, Duke of Kent.

I, Edward the Eighth, of Great Britain, Ireland, and the British Dominions beyond the Seas, King, Emperor of India, do hereby declare My irrevocable determination to renounce the Throne for Myself and for My descendants, and My desire that effect should be to this Instrument of Abdication immediately.

In token whereof I have hereunto set My hand this tenth day of December, nineteen hundred and thirty six, in the presence of the witnesses whose signatures are subscribed.