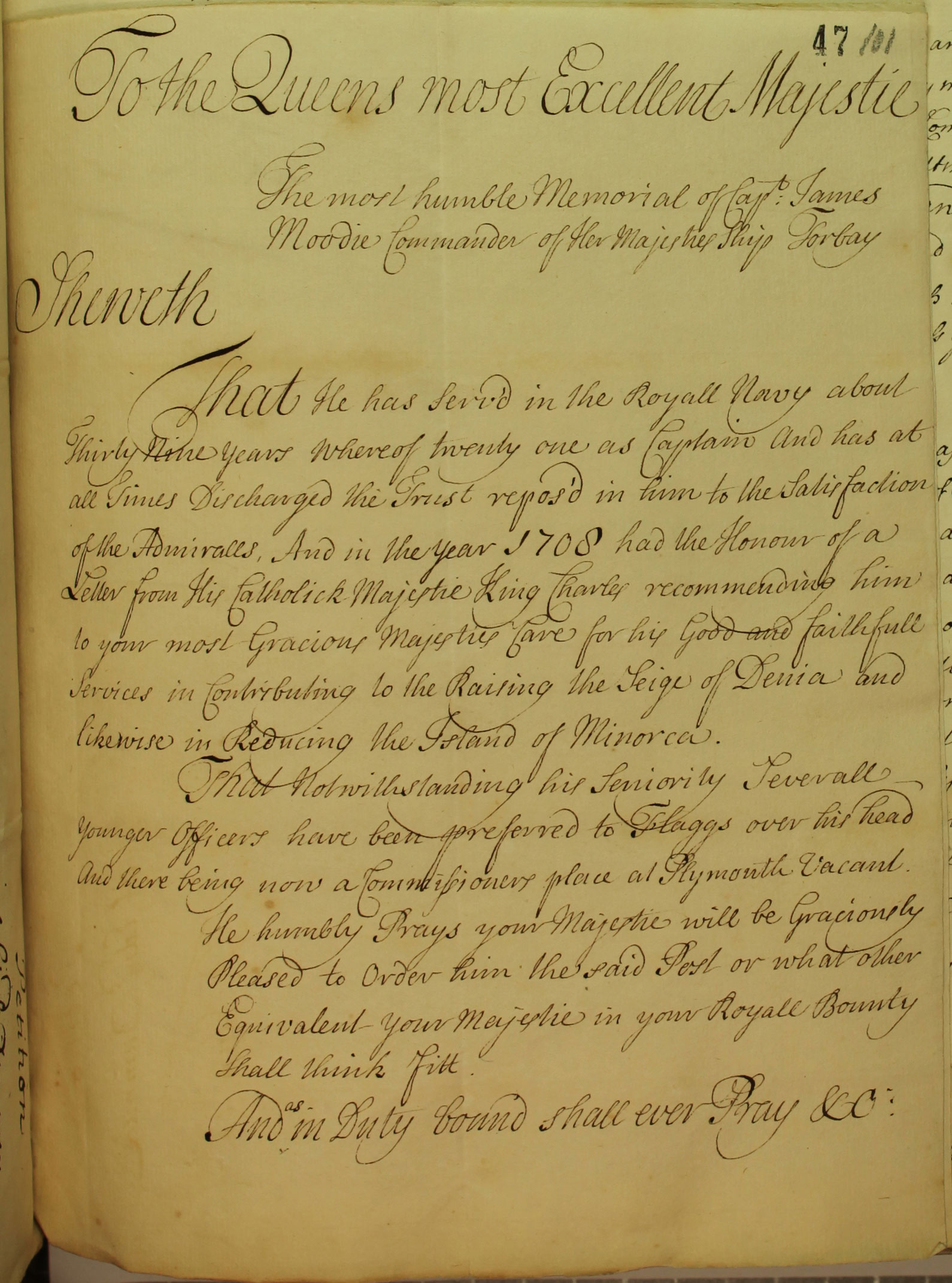 To the Queens most Excellent Majestie

He has served in the Royall Navy about Thirty Nine years where of twenty one as Captain and has at all times Discharged the Trust reposed in him to the Satisfaction of the Admiralls. And in the Year 1708 had the honour of a letter from His Catholik Majestie King Charles recommending him to your Gracious Majestie Care for his Good and faithfull services in contributing to the raising of the Siege of Denia and likewise in Reducing the island of Minorca.

That notwithstanding his seniority, Severall younger officers have been preferred to flags over his head and there now being a Commissioners place at Plymouth vacant.

He humbly prays Your Majestie will be Graciously pleased to Order him the Said post or whatever other equivalent your Majestie in your Royall Bounty shall think fitt.

And as in Duty bound shall ever Pray & etc.

To her Majesty the Queen

A humble statement of the facts from Captain James Moody, Commander of her Majesty’s ship called the Torbay.

He has been in the Navy for 39 years, and for 21 of those years has been a captain. He has always been trusted by his bosses, the admirals in command of the ships in the navy. In 1708 he was sent a letter by the Catholic King Charles*. The letter said suggested that he should work for queen because he had done so well in the war with Spain.

To make matters, worse even though he is so experienced in the navy other younger men have been given more important jobs. Now there is a job in Plymouth that needs to be filled which he could do. He begs that the Queen will be kind enough to give him the job or something else like it.

He will always pray for her.

*King Charles was the ruler of a group countries in Europe called the Holy Roman Empire and he wanted the Spanish throne and went to war with France over it.