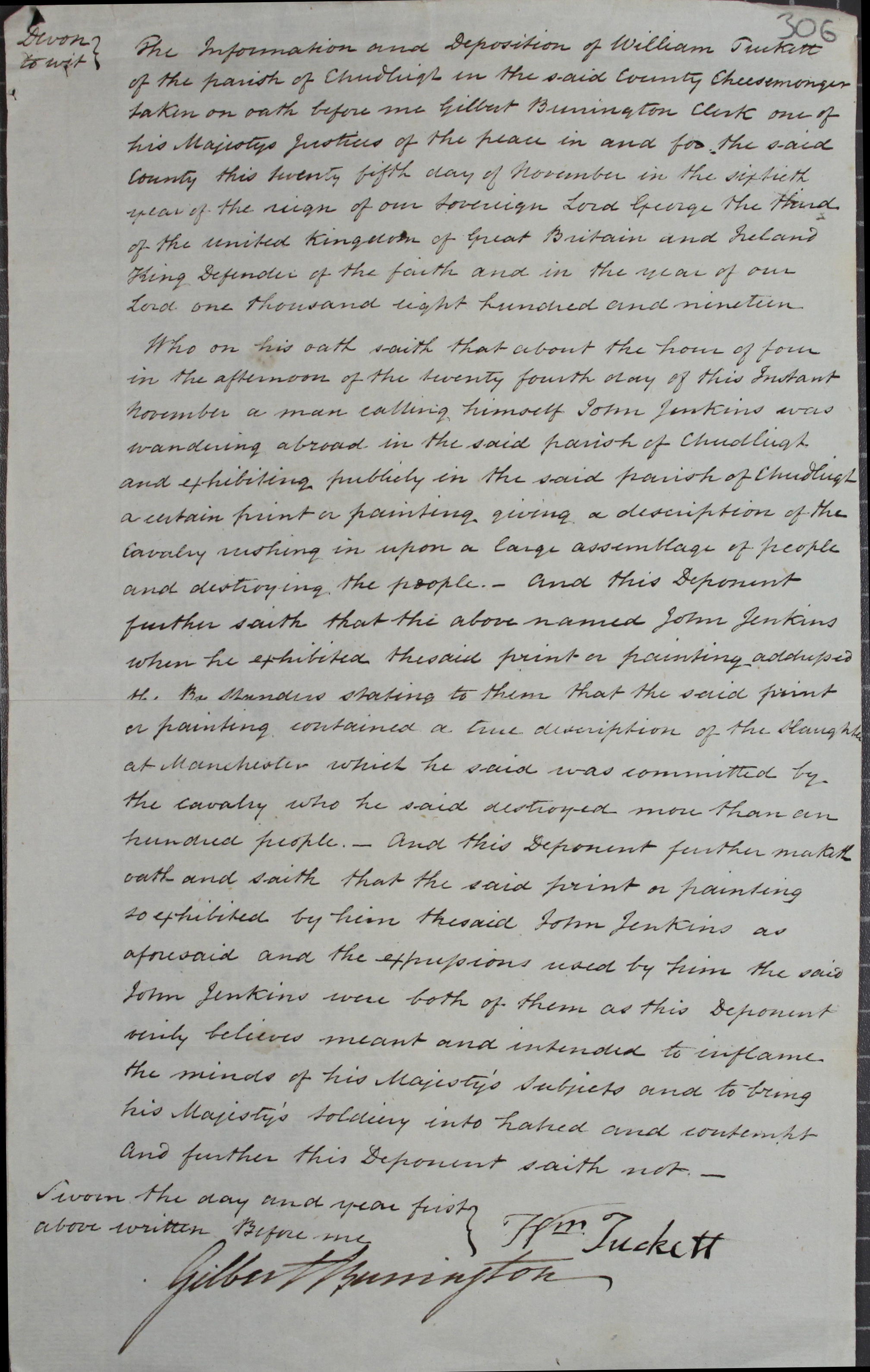 Devon, to wit: The information and deposition of William Tuckett of the Parish of Chudleigh in the said County cheesemonger taken on oath before me, Gilbert Burrington Clerk one of his Majesty’s Justices of the peace, in and for the said County, this twenty fifth day of November, in the sixtieth year of the reign of Our Sovereign Lord, George The Third, King, Defender of the Faith and in the year of Our Lord One Thousand Eight Hundred and Nineteen.

Who on his oath saith that about the hour of four in the afternoon of the twenty fourth day of this instant November a man calling himself John Jenkins was wandering abroad in the said Parish of Chudleigh and exhibiting publicly in the said Parish of Chudleigh, a certain print or painting giving a description of the cavalry rushing in upon a large assembly of people, and destroying the people. And this Deponent further saith that the above-named John Jenkins when he exhibited the said print or painting addressed the Bystanders stating to them that the said print or painting contained a true description of the slaughter at Manchester which he said was committed by the cavalry who he said destroyed more than an hundred people. And this Deponent further maketh oath and saith that the said print or painting so exhibited by him, the said John Jenkins as aforesaid and the expressions used by him, the said John Jenkins were both of them as the Deponent verily believes meant and intended to inflame the minds of his Majesty’s Subjects and to bring his Majesty’s Soldiery into hatred and contempt and further this Deponent saith not.

Sworn the day and year first above written, Before me Gilbert Burrington