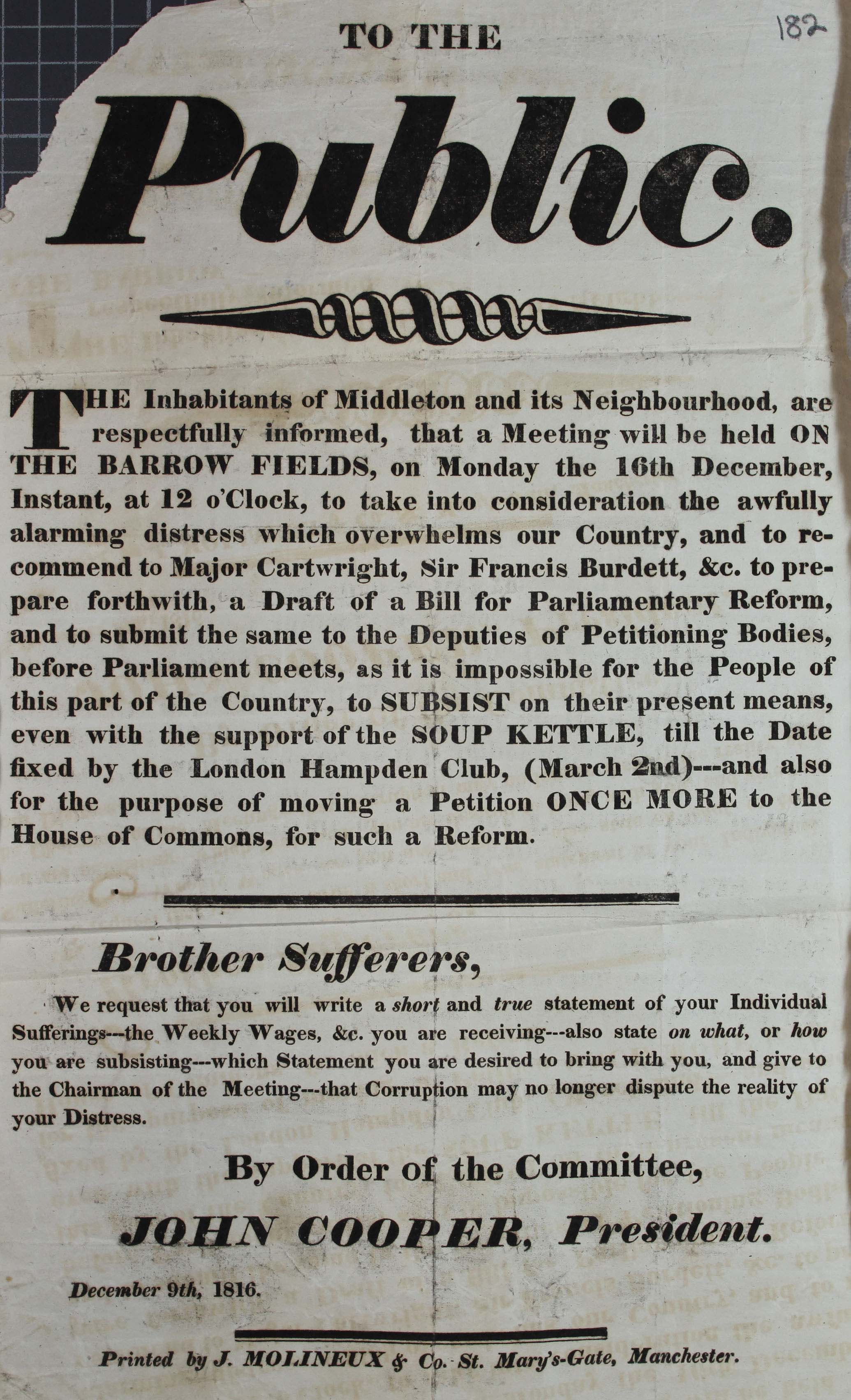 Printed pamphlet about a meeting held at Middleton, near Manchester, to call for parliamentary reform, 16 December 1816 (HO 42/157 f182)

The Inhabitants of Middleton and its Neighbourhood, are respectfully informed, that a Meeting will be held ON THE BARROW FIELDS, on Monday the 16th December, Instant, at 12 o’ Clock, to take into consideration the awfully alarming distress which overwhelms our Country, and to recommend to Major Cartwright, Sir Francis Burdett, etc. to prepare forthwith, a Draft of a Bill for Parliamentary Reform, and to submit the same to the Deputies of Petitioning Bodies, before Parliament meets, as it is impossible for the People of this part of the Country, to SUBSIST on their present means, even with the support of the SOUP KETTLE, till the Date fixed by the London Hampden Club, (March 2nd) and also for the purpose of moving a Petition ONCE MORE to the House of Commons, for such a Reform.

Brother Sufferers,
We request that you will write a short and true statement of your Individual Sufferings —the Weekly Wages, etc. you are receiving —also state on what, or how you are subsisting —which Statement you are desired to bring with you, and give to the Chairman of the Meeting —that Corruption may no longer dispute the reality of your Distress.

By Order of the Committee,
JOHN COOPER, President.
December 9th, 1819