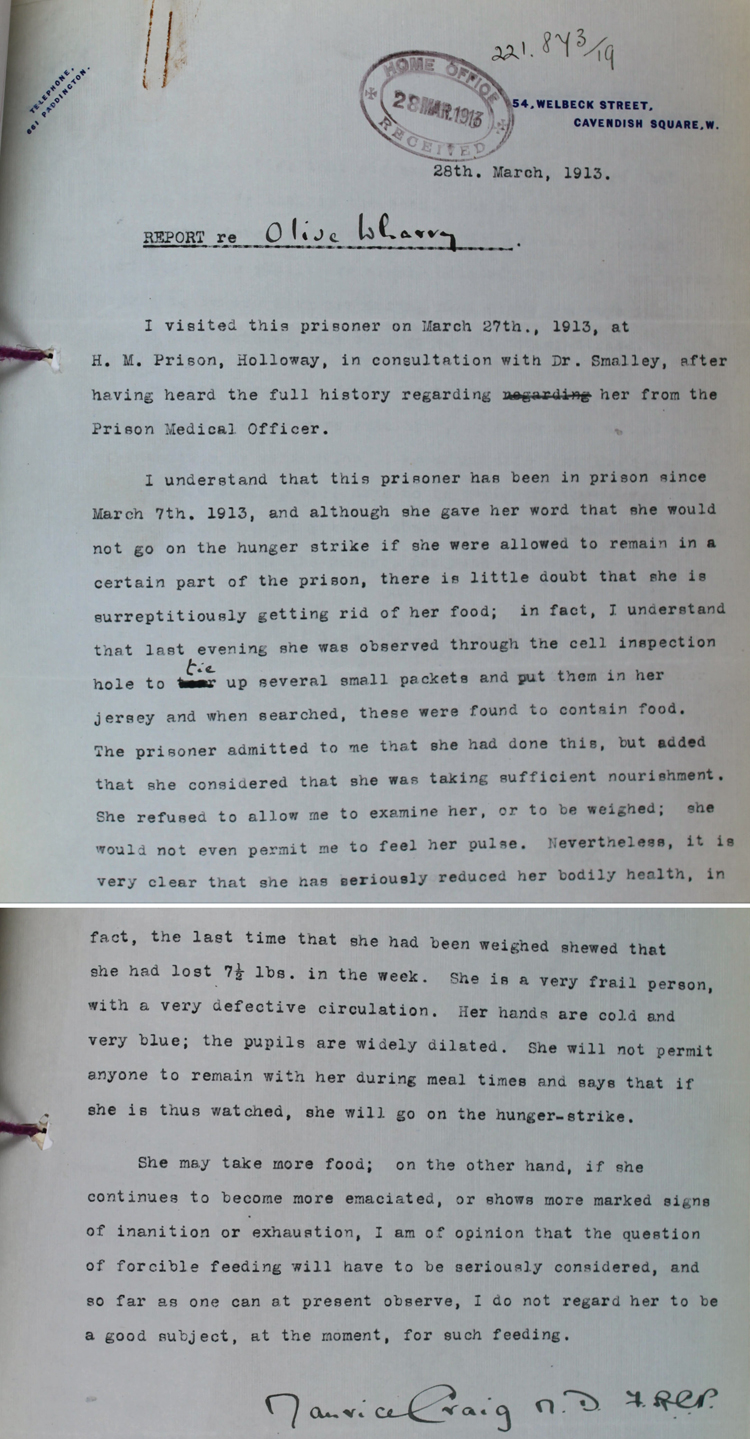 I visited this prisoner on March 27th., 1913, at H.M. Prison, Holloway, in consultation with Dr. Smalley, after having heard the full history regarding her from the Prison Medical Officer.

I understand that this prisoner has been in prison since March 7th., 1913 and although she gave her word that she would not go on hunger strike if she were allowed to remain in certain part of the prison, there is little doubt that she is surreptitiously [secretly] getting rid of her food; in fact, I understand that last evening she was observed through the cell inspection hole to tie up several small packets and put them in her jersey and when searched, these were found to contain food. The prisoner admitted to me that she had done this, but added that she considered that she was taking sufficient nourishment. She refused to allow me to examine her, or to be weighed; she would not even let me feel her pulse. Nevertheless, it is very clear that she has seriously reduced her bodily health, in fact, the last time she had been weighed shewed that she lost 7½ lbs. in the week. She is a very frail person with a very defective circulation. Her hands are cold and very blue, the pupils are widely dilated. She will not permit anyone to remain with her during meal times and says that if she is watched, she will go on hunger strike.

She may take more food; on the other hand, if she continues to become more emaciated, or shows more marked signs of inanition [lack of energy] or exhaustion, I am of opinion that the question of forcible feeding will have to be seriously considered, and as far as one can at present observe, I do not regard her to be a good subject, at the moment, for such feeding.