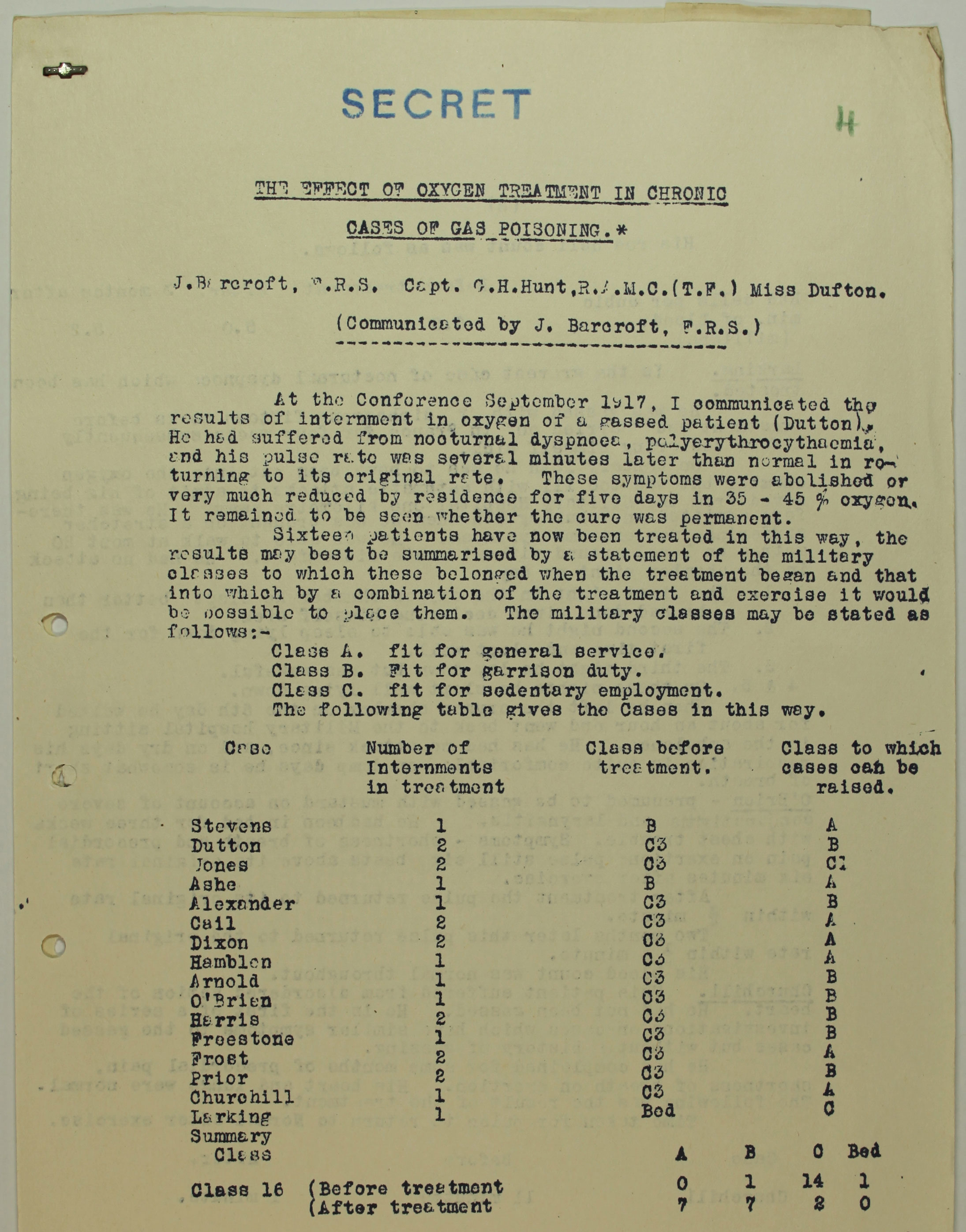 An extract from a secret report from War Office [Chemical Warfare Department] about the treatment of severe gas cases, (Catalogue ref: WO 142/183)

The Effect of Oxygen Treatment in Chronic Cases of Gas Poisoning

At the conference September 1917, I communicated the results of internment in oxygen of a gassed patient (Dutton). He had suffered from nocturnal dyspnoea, polyerythrocythaemia, and his pulse rate was several minutes later than normal in returning to its original rate. These symptoms were abolished or very much reduced by residence for five days in 35-45% oxygen. It remained to be seen whether the cure was permanent.

Class A. fit for general service.

Class B. Fit for garrison duty.

The following table gives the cases in this way.