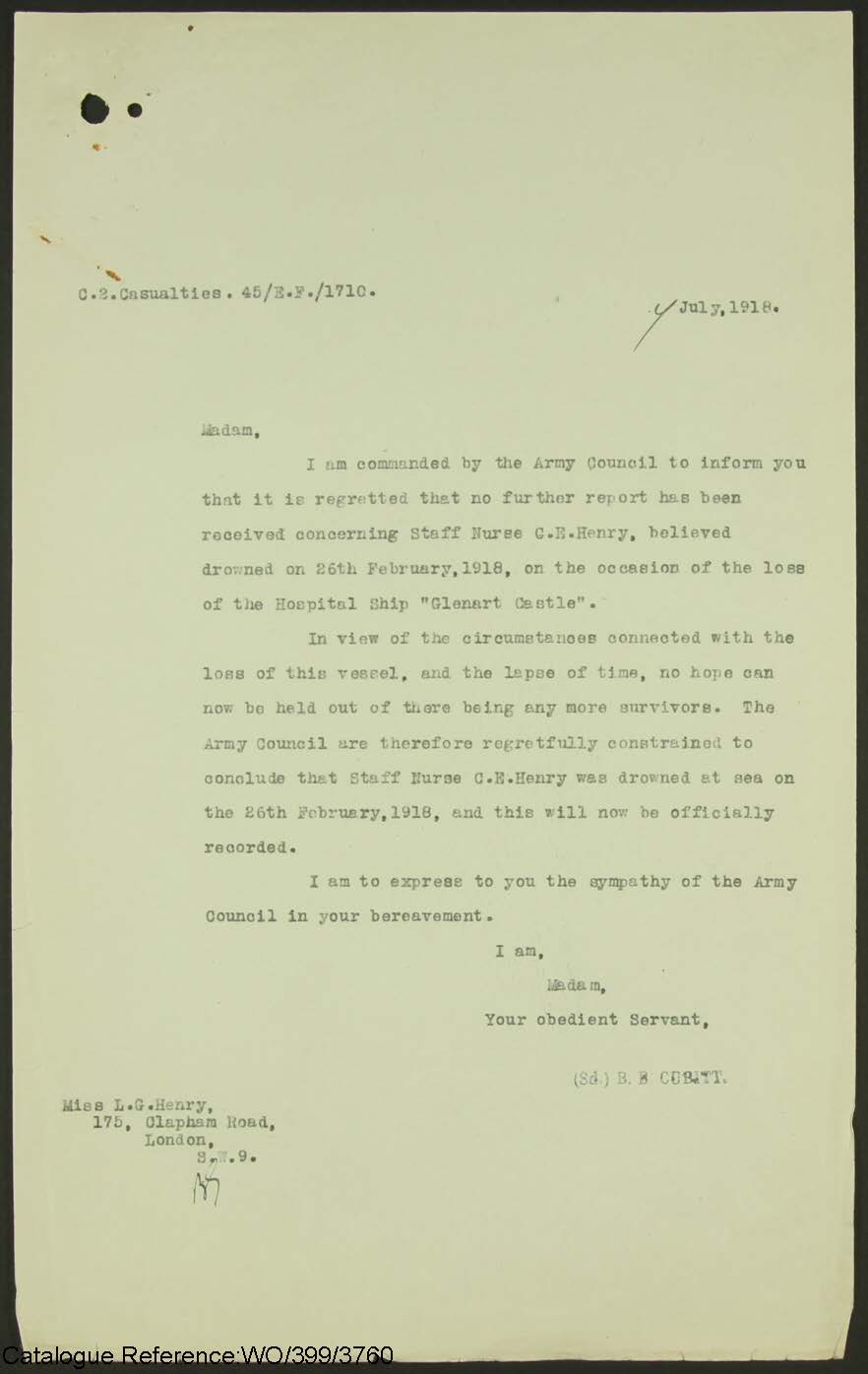 Letter on behalf of the Army Council sent to the sister of staff nurse Charlotte Edith Henry, Queen Alexandra’s Imperial Military Nursing Service Reserve Staff, (Catalogue ref: WO 399/3760) Charlotte Heinrick, (Henry) was a senior nurse believed to have been one of the 144 who lost their lives on 26th February, 1918 when the Hospital Ship, ‘Glenart Castle’ was torpedoed by a German U-boat.  Charlotte, with her four sisters, changed her name by deed poll to Henry to avoid anti-German sentiment

I am commanded by the Army Council to inform you that it is regretted that no further report has been received concerning Staff Nurse C.E. Henry, believed drowned on 26th February, 1918, on the occasion of the loss of the Hospital Ship “Glenart Castle”.

In the view of the circumstances connected with the loss of this vessel, and the lapse of time, no hope can now be held out for there being any more survivors. The Army Council are therefore regretfully constrained to conclude that Staff Nurse C.E. Henry was drowned at sea on the 26th February, 1918, and that this will now be officially recorded.

I am to express to you the sympathy of the Army Council in your bereavement.