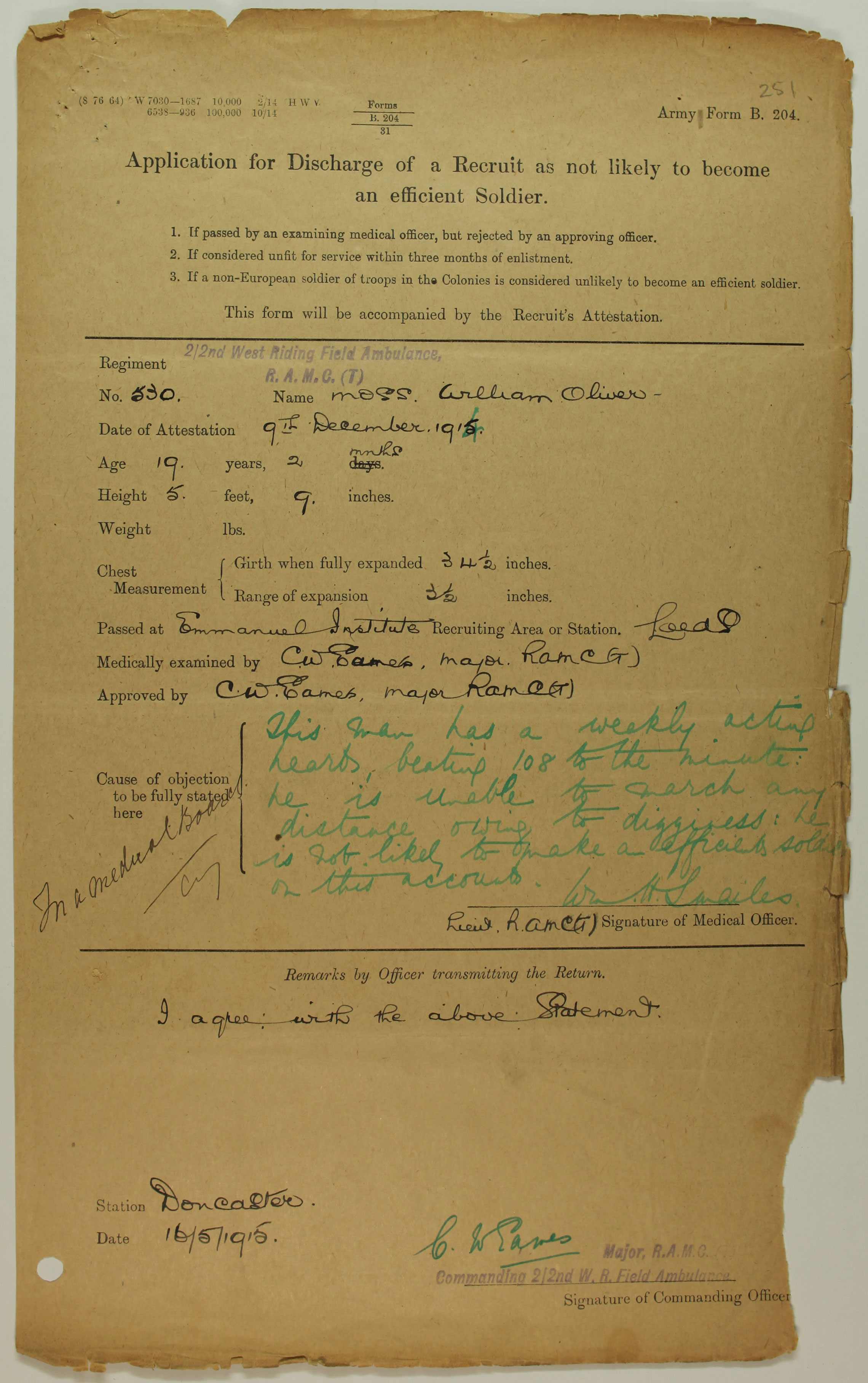 An army form used for discharge of a soldier ‘not likely to become an efficient soldier’, (Catalogue ref: MH 106/2101)

Application for Discharge of a Recruit as not likely to become

This form will be accompanied by the Recruit’s Attestation.

Cause of objection to be fully stated here:

This man has a weakly acting heart, beating 108 to the minute: he is unable to march any distance owing to dizziness: he is not likely to make an efficient soldier on this account. [In a Medical Board]

Remarks by Officer transmitting the Return

I agree with the above statement