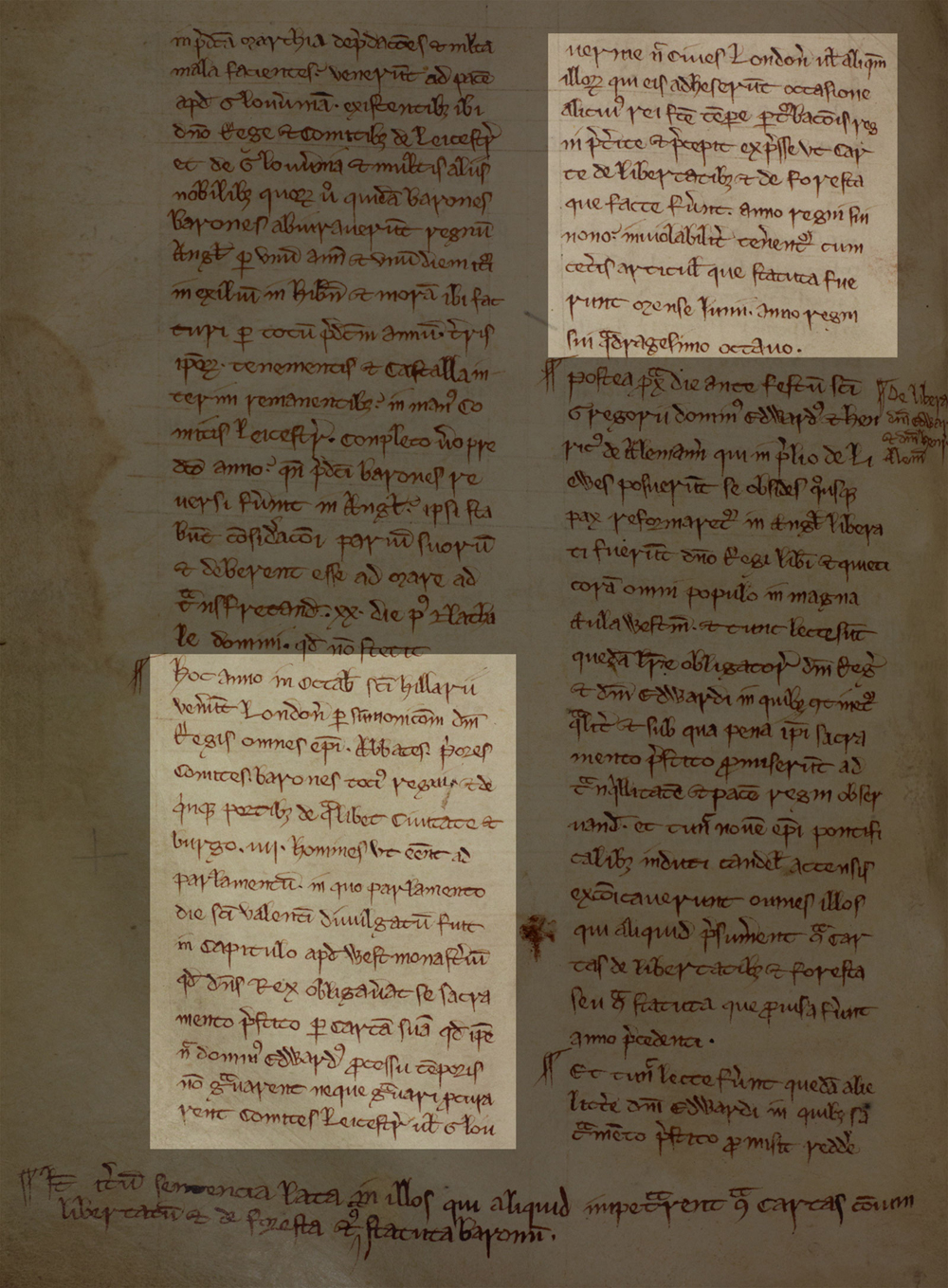 In January 1265, Simon de Montfort called a parliament to discuss the release of Henry III, who had been captive since the battle of Lewes. Montfort summoned knights from each county, and representatives from major towns to take part in the discussions – this was unusual, but not unprecedented. 1265, by permission of City of London, London Metropolitan Archives

This year, on the Octaves of Saint Hilary [13 January], by summons of the king, all the bishops, abbots, priors, earls and barons of the whole realm, and also the barons of the Cinque Ports [representatives from the ports of Kent], and four men of every city and borough came to London to hold a parliament. In this parliament, on Saint Valentine’s Day [14 February], it was made known in the chapter-house at Westminster, that the king had bound himself by his charter, on oath, that neither he nor his son, Prince Edward, would from thenceforth aggrieve, or cause to be aggrieved, the earls of Leicester or Gloucester, or the citizens of London, or any of those who had made alliance with them, on the pretence of anything done during the time of the past commotions [recent civil war] in the realm. And the king expressly gave orders that the charter of Liberties [Magna Carta] and the charter of the forest, which had been made in the ninth year of his reign [1225], together with the new articles [laws] which had been enacted in the month of June in the forty-eighth year of his reign [1264-1265], should be inviolably observed [enforced without exception].