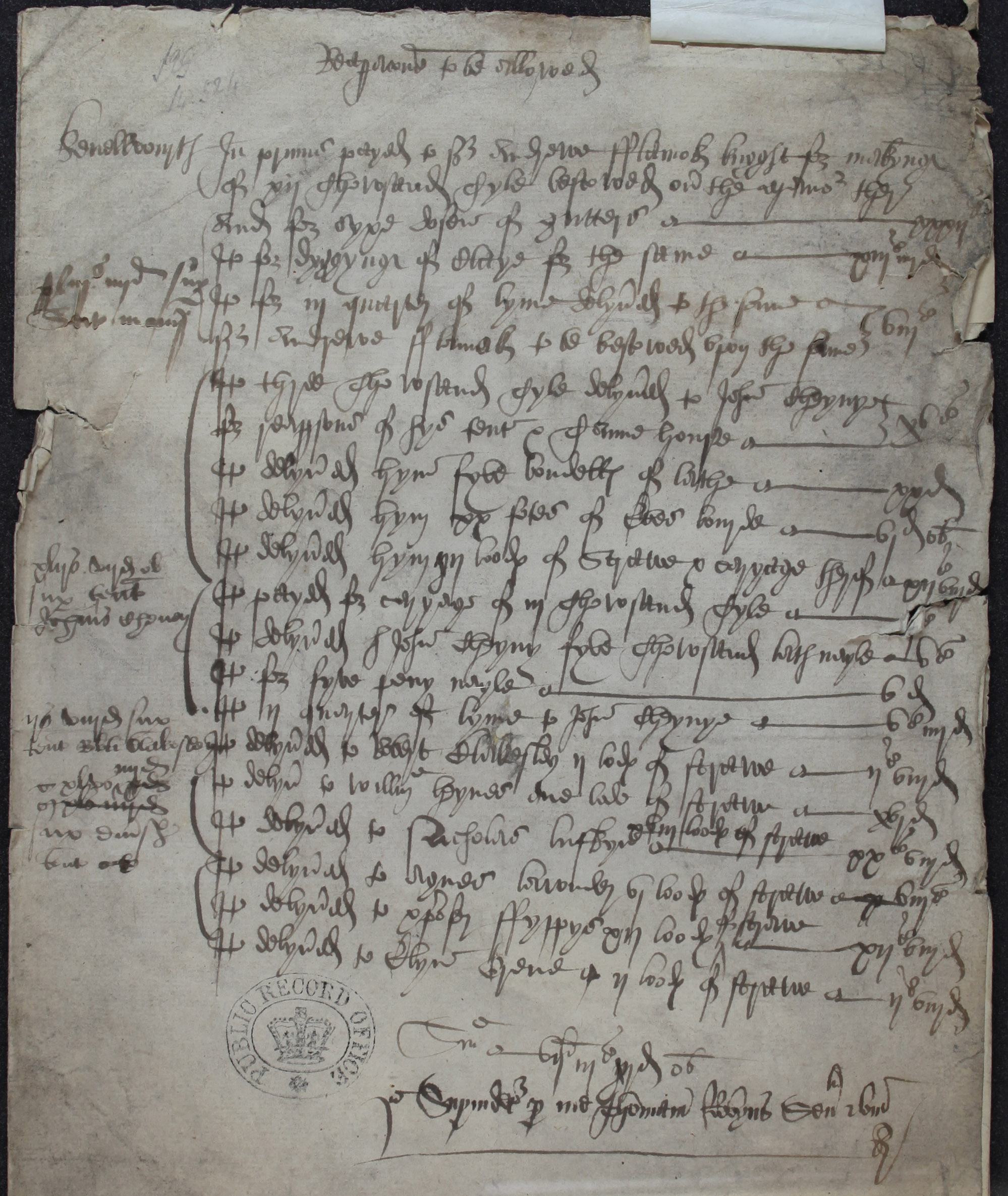 Firstly, paid to Sir Andrew Flamok for making 12000 tiles bestowed over the […]mor and for six dozen gutters – 32s.

For three quarters of lime delivered to the same Sir Andrew to be bestowed upon the same – 8s.

3000 tiles delivered to John Cheynye for re-roofing his tenement and town house – 15s.

Five bundles of latts delivered to him – 20d.

Delivered to William Hynes one load of straw – 16d.

Overseen by me Thomas Robyns, steward there.