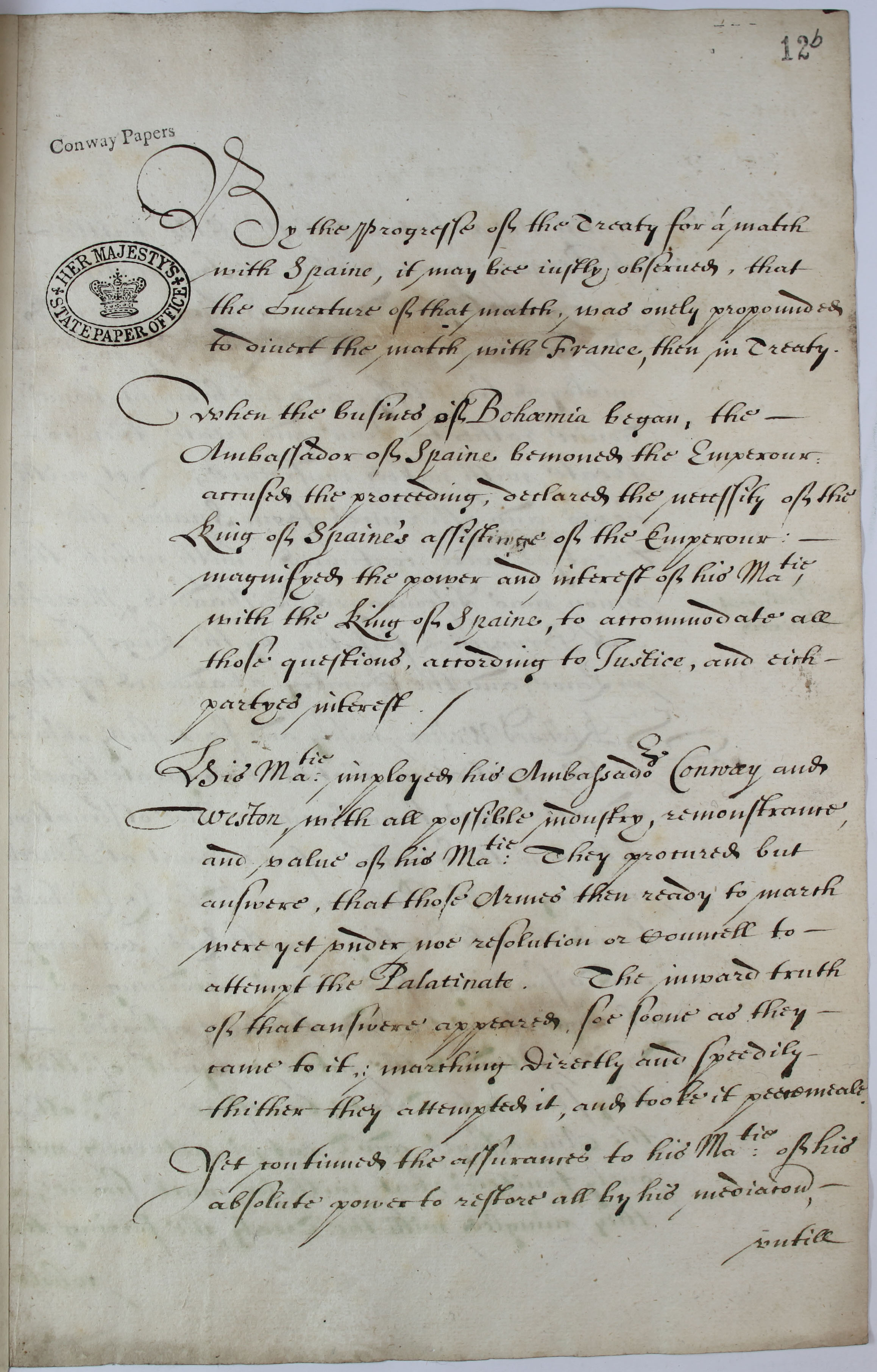 Extract from Relation of the proceedings in the negotiations of the Match and other affairs with Spain, 1 March 1624 (catalogue ref: SP 14/160f.12b).

This is an extract from an earlier view of the period and not the same narrative of events provided by the Duke of Buckingham to Parliament. According to the previous folio, this record was used to “exculpate the Duke from accusations brought against him”. It throws light on James’ I foreign policy and its problems concerning the relationship with Spain with reference to the Bohemian revolt.

By the progress of the Treaty for a match with Spain, it may be justly observed, that the overture of that match was only propounded to divert the match with France then in Treaty.

When the business of Bohemia began, the Ambassador of Spain bemoaned the Emperor, accused the proceeding, declared the necessity of the King of Spain’s assisting of the Emperor, magnified the power and interest of his Majesty with King of Spain, to accommodate all those questions according to Justice and each party’s interest.

His Majesty employed his Ambassadors Conway and Weston, with all possible industry, remonstrance and value of his Majesty. They procured but answer, that those armies then ready to march were yet under no resolution or Council to attempt the Palatinate. The inwards truth of that answer appeared so soon as they came to it, marching directly and speedily thither they attempted it, and took it piecemeal [gradually].