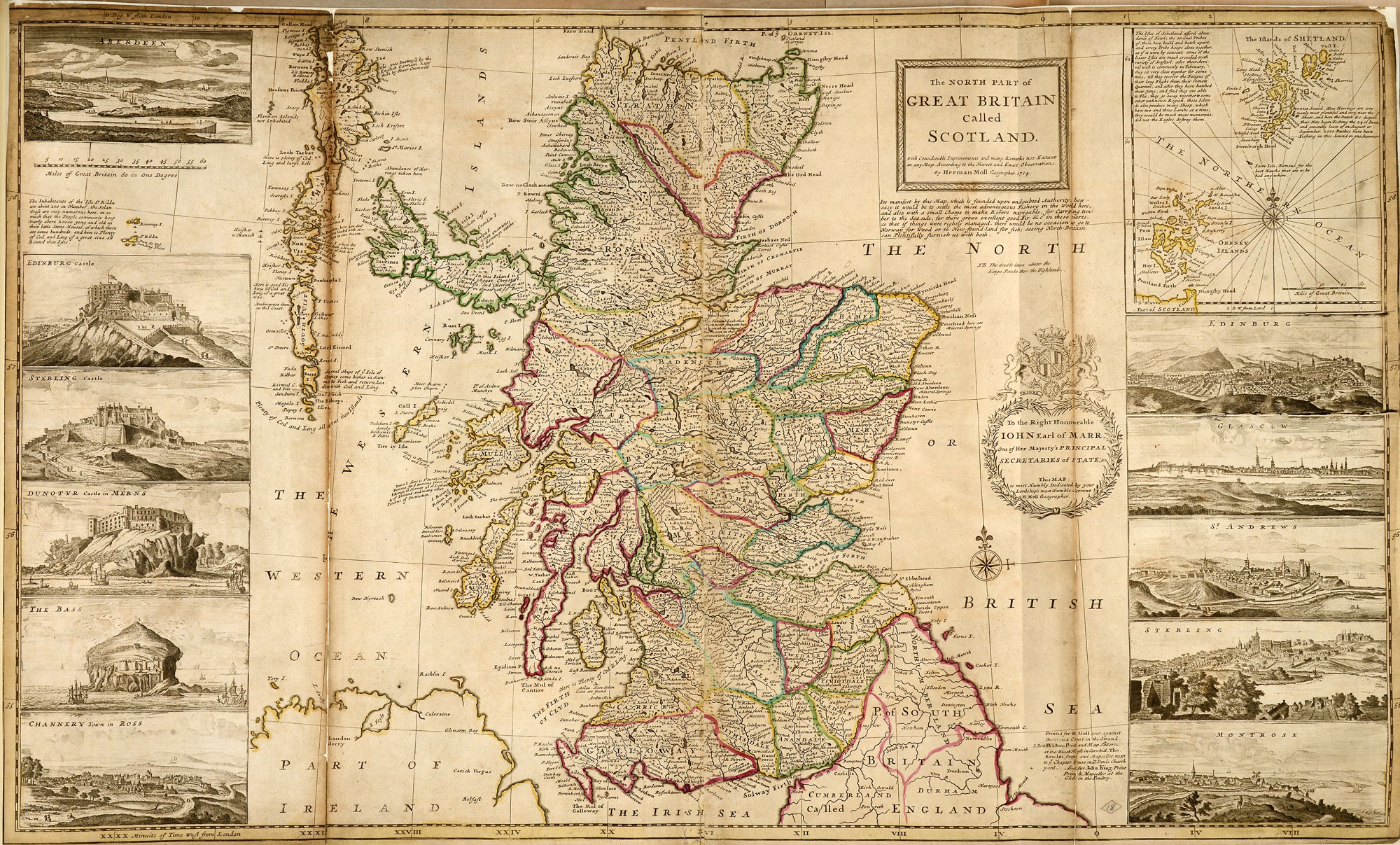 1. The inhabitants of the Isle St Kilda are about 200 in Number. the Solan Geese [large sea birds] are very numerous here, in so much that the People commonly keep yearly about 20000 young and old in their little Stone Houses, of which there are some hundreds and here is Plenty of Cod, and Ling [type of fish] of a great size, all Round these Isles.

2. The NORTH PART OF GREAT BRITAIN Called SCOTLAND. With Considerable Improvements and many Remarks not Extant in any Map. According to the Newest and Exact Observations. By Herman Moll Geographer. 1714.

3. The Isles of [Shetland] afford abundance [many] of Fowl [birds]: the several Tribes of them here build and hatch apart, and every Tribe keeps close together as it were by consent. Some of the lesser Isles are much crowded with variety of Seafowl [sea birds]; after their Arrival [which] is commonly in February, they sit very close together for some time, till they recover the Fatigue of their long Flight from their remote Quarters; and after they have hatched their young; and find they are able to Flie, they go away together to some other unknown Region, these Islands also produce many Sheep, which have two and three Lambs at a time; they would be much more numerous, did not the Eagles destroy them.

4. To the Right Honourable [JOHN] Earl of MARR, One of Her Majesty’s PRINCIPAL SECRETARIES of STATE. This MAP is most Humbly Dedicated by your Lordship’s most Humble [Servant] H. Moll Geographer.

5. Printed for H. Moll over against Deveroux Court in the Strand. J. Bowles is Son. Print and Map Sellers at the Black Horse in Cornhill. Tho. Bowles Print and Mapseller next to the Chapter house in St. Pauls Church yard. And for John King Print & Mapseller at the Globe in the Poultry.

6. Its manifest [shown] by this Map, which is founded upon undoubted Authority [accuracy], how-easy it would be to settle the most advantageous Fishery in the World here, and also with a small Charge to make Rivers navigable, for Carrying timber to the Sea side, for there grows excellent good Fir [pine trees] etc in these parts, so that if things were rightly managed, there would be no occasion to go to Norway for Wood or to New-found-land for fish; seeing North Britain can Plentifully furnish us with both.