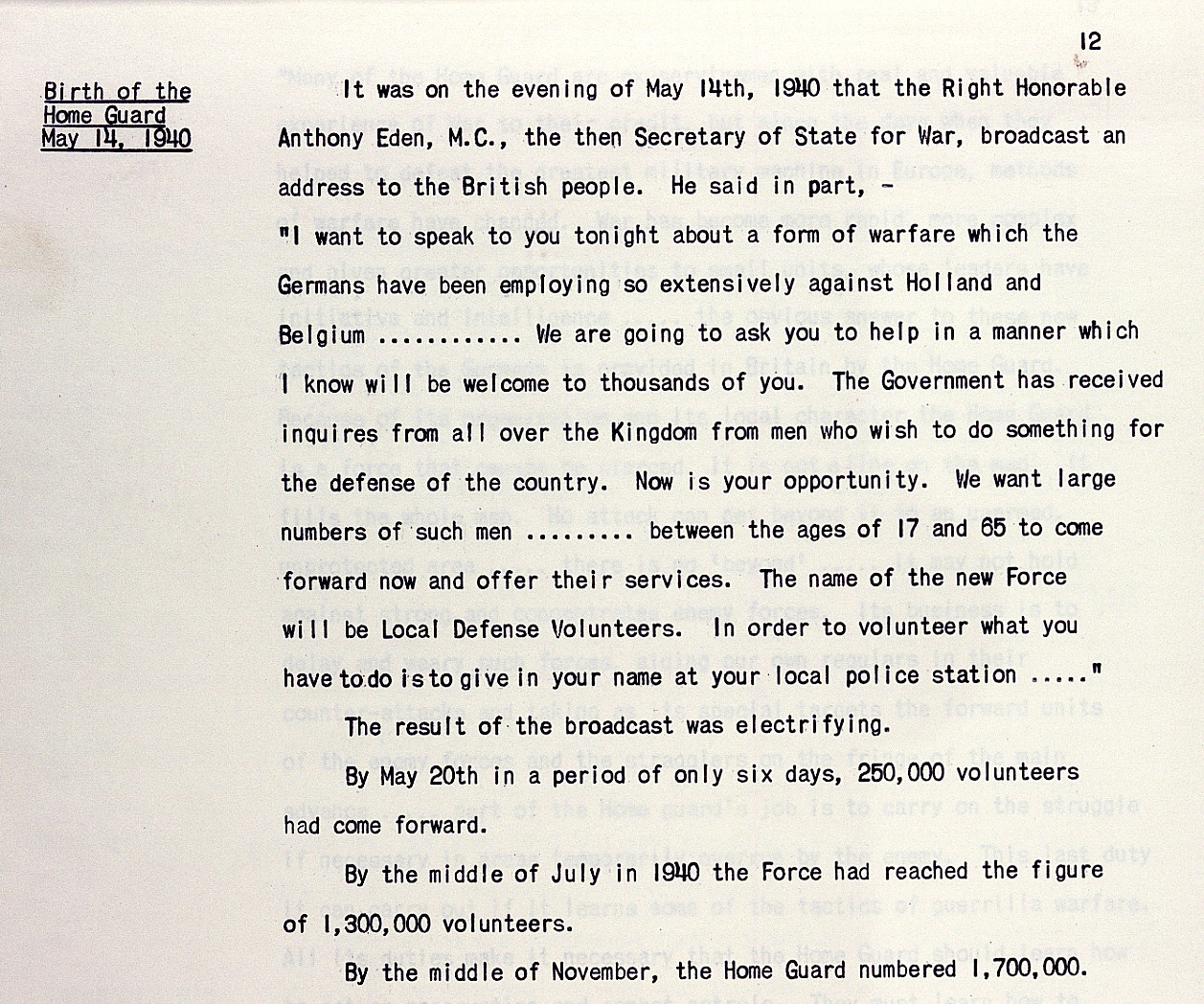 When the British and French armies were defeated in France by the Germans in May 1940 the future was bleak. Britain was the last big country in Europe still fighting Hitler and faced the real threat of an invasion from the Germans across the sea from France.

The British army had been badly weakened by the defeat in France so the government quickly set up a volunteer army to make Britain harder to invade. This was originally called the Local Defence Volunteers but was later known as the Home Guard. It was sometimes nicknamed ‘Dad’s army’ because it was made up of volunteers who were too old to serve in the regular army.

Birth of the Home Guard

It was on the evening of May 14th, 1940 that the Right Honorable Anthony Eden, M.C., the then Secretary of State for War, broadcast an address to the British people. He said in part, –

“I want to speak to you tonight about a form of warfare which the Germans have been employing so extensively against Holland and Belgium……….. We are going to ask you to help in a manner which I know will be welcome to thousands of you. The Government has received inquiries from all over the Kingdom from men who wish to do something for the defense of the country. Now is your opportunity. We want large numbers of such men……. between the ages of 17 and 65 to come forward now and offer their services. The name of the new Force will be Local Defense Volunteers. In order to volunteer what you have to do is to give in your name at your local police station….”

The result of the broadcast was electrifying.