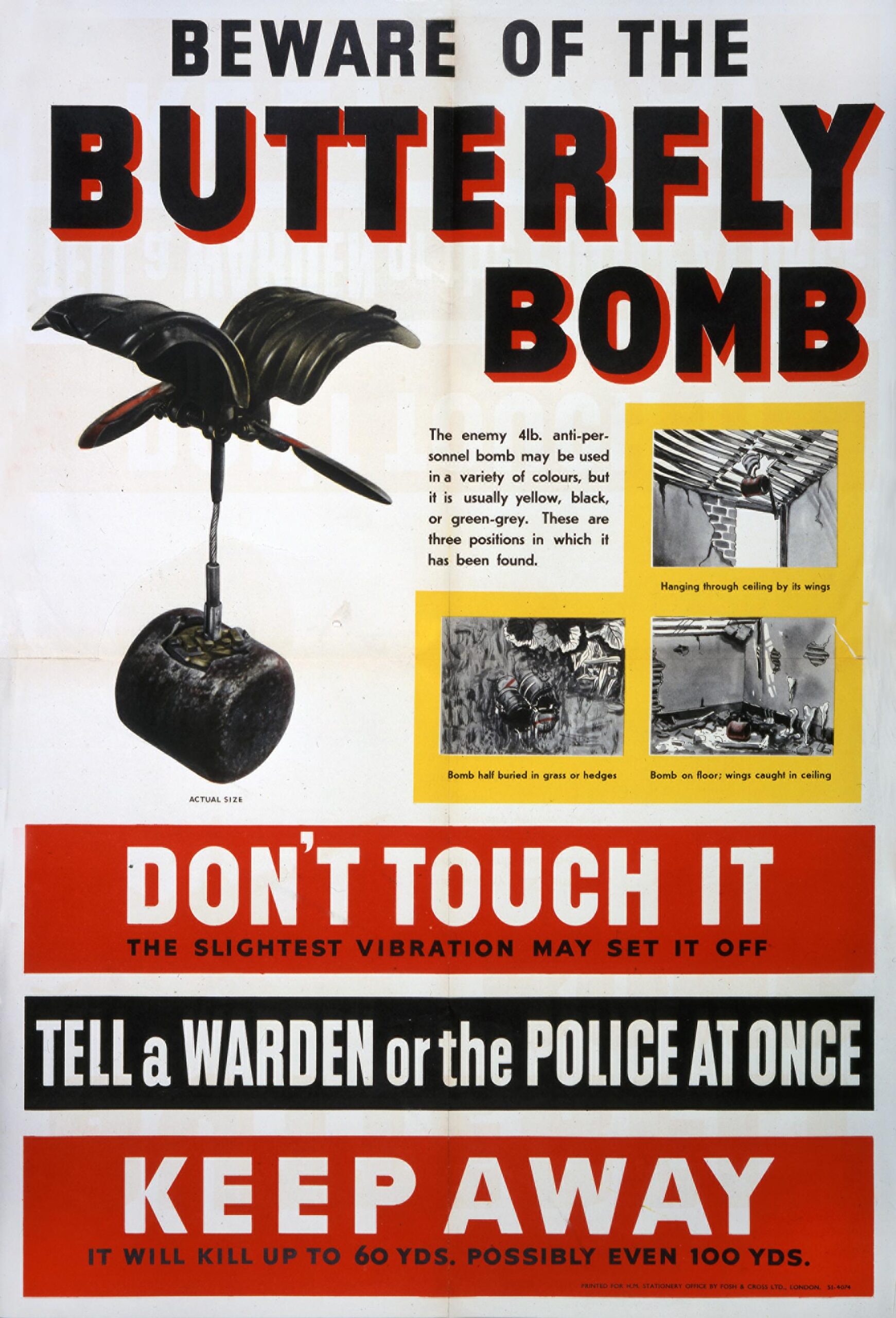 Butterfly Bombs used were by the German Luftwaffe during the Second World War. They were so named because the thin cylindrical metal outer shell which opened when the bomb was dropped gave it the superficial appearance of a butterfly. Butterfly bombs were first used against Ipswich in 1940, but were also dropped on Kingston upon Hull, Grimsby and Cleethorpes in June 1943.

BEWARE OF THE BUTTERFLY BOMB

DON’T TOUCH IT – THE SLIGHTEST VIBRATION MAY SET IT OFF

TELL A WARDEN OR THE POLICE AT ONCE

The enemy 4lb. anti-personnel bomb may be used in a variety of colours, but it is usually yellow, black or green-grey. These are three positions in which it has been found.