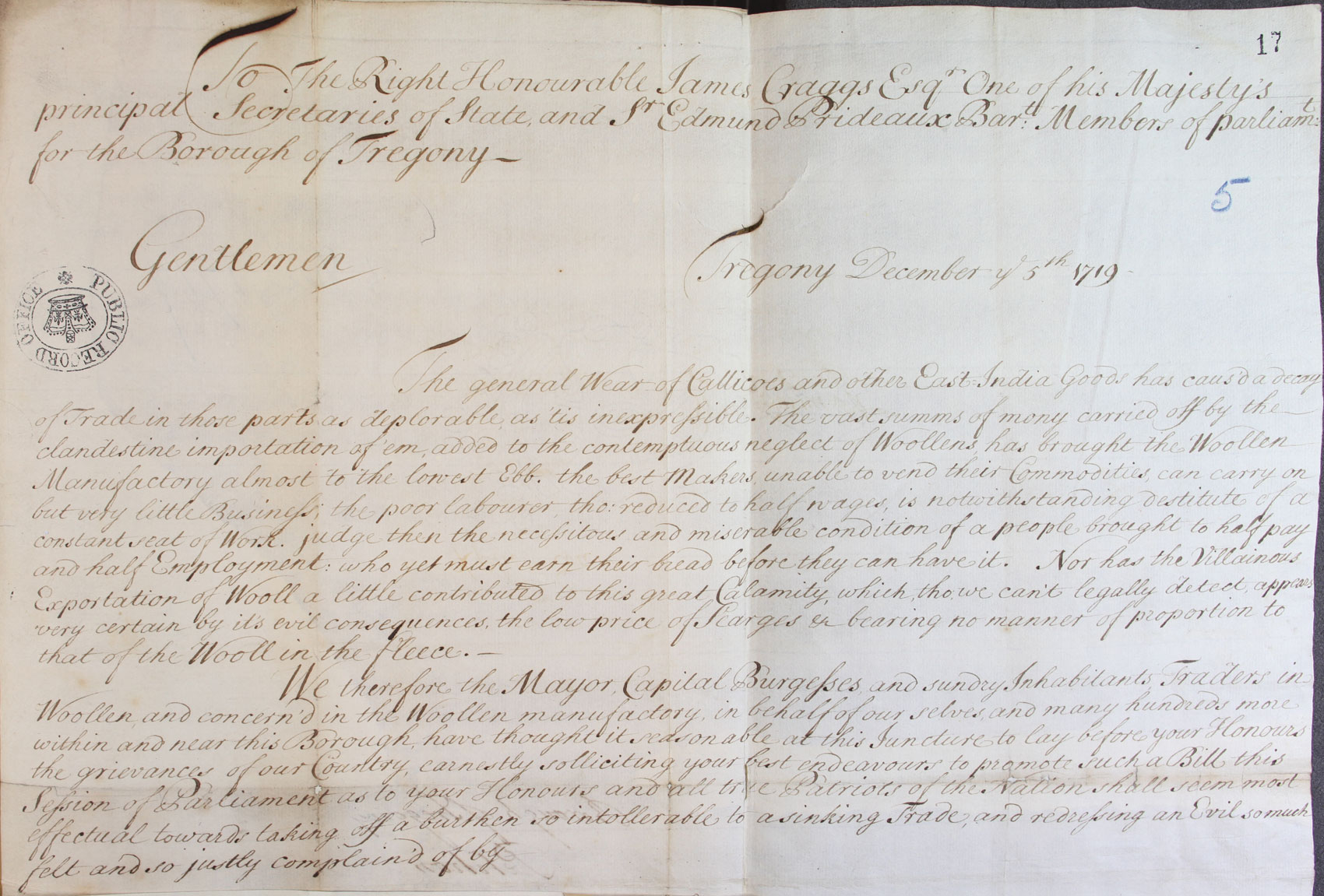 To the Right Honourable James Craggs Esquire, One of is Majesty’s principal Secretaries of State and Sir Edward Prideaux Baronet: Members of Parliament for the Borough of Tregony—

[Tregony was a rotten borough in Cornwall on the Roseland Peninsular]

The general wear of Callicoes [cotton cloth] and other East India [Company] goods has caused a decay of Trade in these parts as deplorable as tis inexpressible. The vast summs of money carried off by the clandestine importation of ‘em added to the contemptuous neglect of Woollens has brought the woollen Manufactory almost to the lowest ebb. The best makers unable to vend [sell] their commodities can carry on but very little business, the poor labourer though reduced to half wages is not withstanding destitute of a constant seat of Work. Judge then the necessitous and miserable condition of a people brought of half pay and half employment who yet must earn their bread before they can have it. Nor has the Villainous Exportation of Wooll a little contributed to this great Calamity which though we can’t legally detect appears very certain by its evil consequences, the low price of charges etc bearing no manner of proportion to that of Wool in the fleece.

We therefore the Mayor, Capital Burgesses and sundry Inhabitants, Traders in Woollen and concern’d in the  Woollen manufactory,  in behalf of ourselves and many more hundreds more within and near this Borough have thought it reasonable at this juncture to lay before your Honours the grievances of our country earnestly soliciting your best endeavours to promote such a Bill this session of Parliament as to your Honours and all other Patriots of the Nation shall seem most effectual towards taking off a burden so intolerable to a sinking trade and redressing an Evil so much felt and so justly complained of…