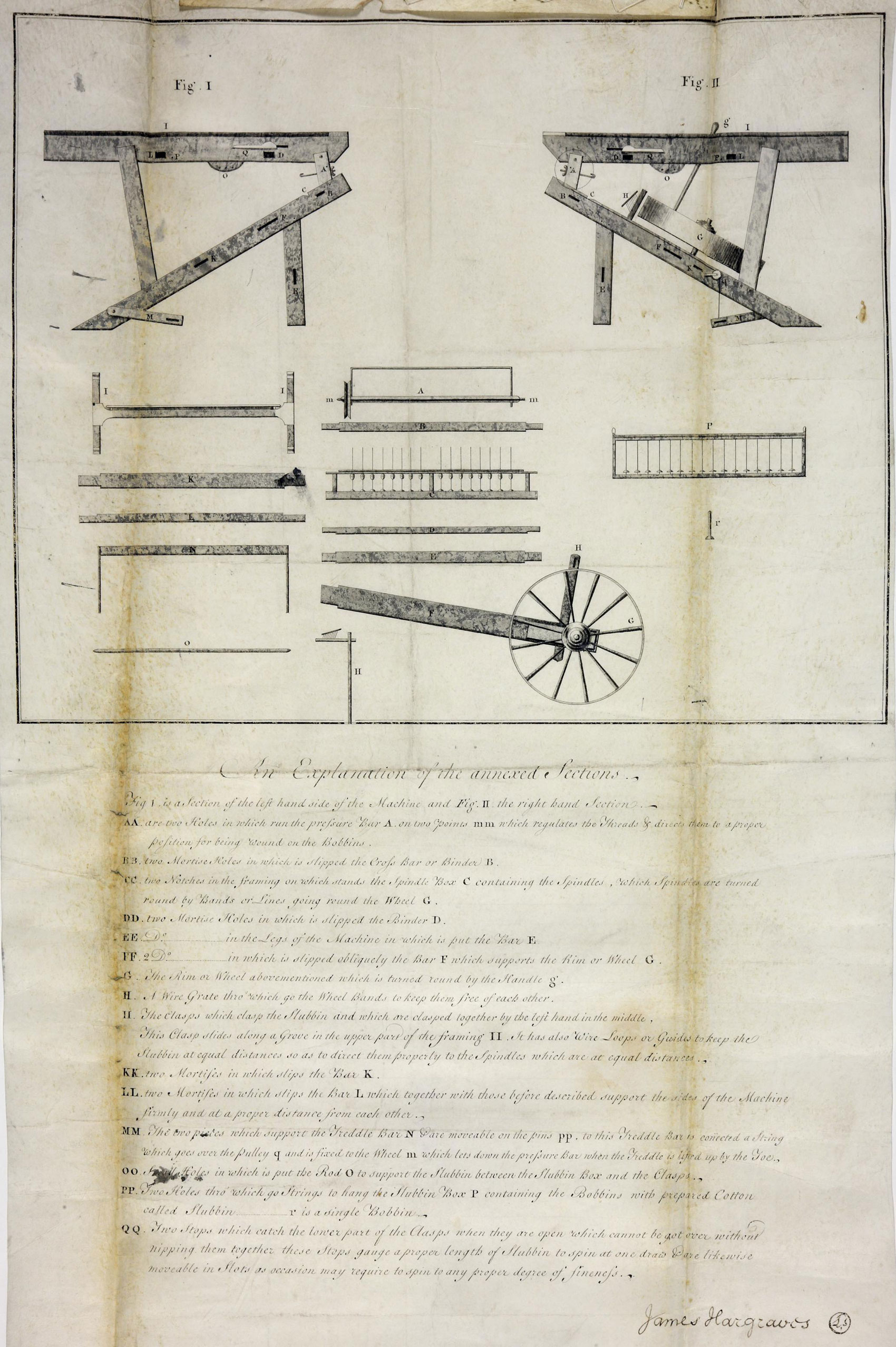 This was a multi-spindle spinning machine. It meant that a spinner could produce more yarn at a time of increased demand from weavers involved in the manufacture of cloth.

An Explanation of the Annexed Sections

Fig. I. is a section of the left hand side of the Machine and Fig. II is the right hand Section.

pins pp, to this Treddle Bar is connected a String which goes over the

when the Treddle is lifted up by the Toe.

between The Slubbin Box and the Clasps.

containing the bobbins with prepared Cotton called Slubbin___r is a single

Cannot be got over without nipping them together, these stops gauge a