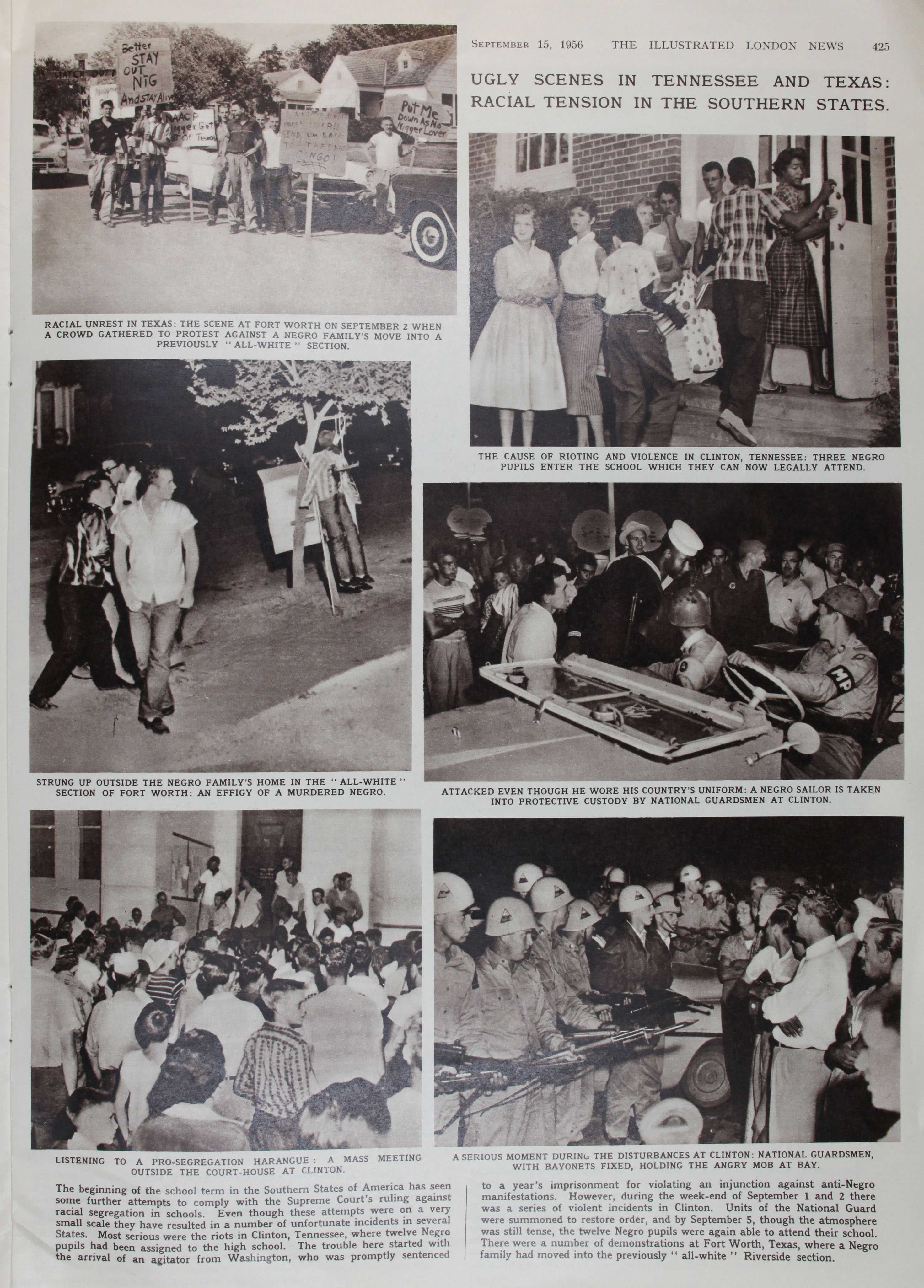 UGLY SCENES IN TENNESSEE AND TEXAS; RACIAL TENSION IN THE SOUTHERN STATES

[Captions for all six photographs from left to right]

Racial unrest in Texas: the scene at Fort Worth on September 2nd when a crowd gathered to protest against a Negro family’s move into a previous “All White” section.

The cause of rioting and violence in Clinton, Tennessee: Three Negro pupils enter the school which they can now legally attend.

Strung up outside the Negro family’s home in the “All White” section of Fort Worth: An effigy of a murdered Negro.

Attacked even though he wore his country’s uniform: A Negro sailor is taken into protective custody by the National Guard.

Listening to a pro-segregationist harangue: A mass meeting outside the court-house at Clinton.

A serious moment during the disturbances at Clinton: National guardsmen with bayonets fixed, holding the angry mob at bay.

The beginning of the school term in the Southern States of America has seen some further attempts to comply with the Supreme Court’s ruling against racial segregation in schools. Even though these attempts were on a very small scale they have resulted in a number of unfortunate incidents in several States. Most serious were the riots in Clinton, Tennessee, where twelve Negro pupils had been assigned to the high school. The trouble here started with the arrival of an agitator from Washington, who was promptly sentenced to a year’s imprisonment for violating an injunction against anti-Negro manifestations. However, during the week-end of September 1st and 2nd there was a series of violent incidents in Clinton. Units of the National Guard were summoned to restore order, and by September 5th, though the atmosphere was still tense, the twelve Negro pupils were again able to attend their school. There were a number of demonstrations at Fort Worth, Texas where a Negro family had moved into the previously “all-white” Riverside section.