After the death of Oliver Cromwell, his son Richard failed to effectively govern the country. George Monck, first Duke of Albemarle, played a key role in the Restoration settlement that brought back Charles II, the son of the executed Charles I, to return as King in 1660. 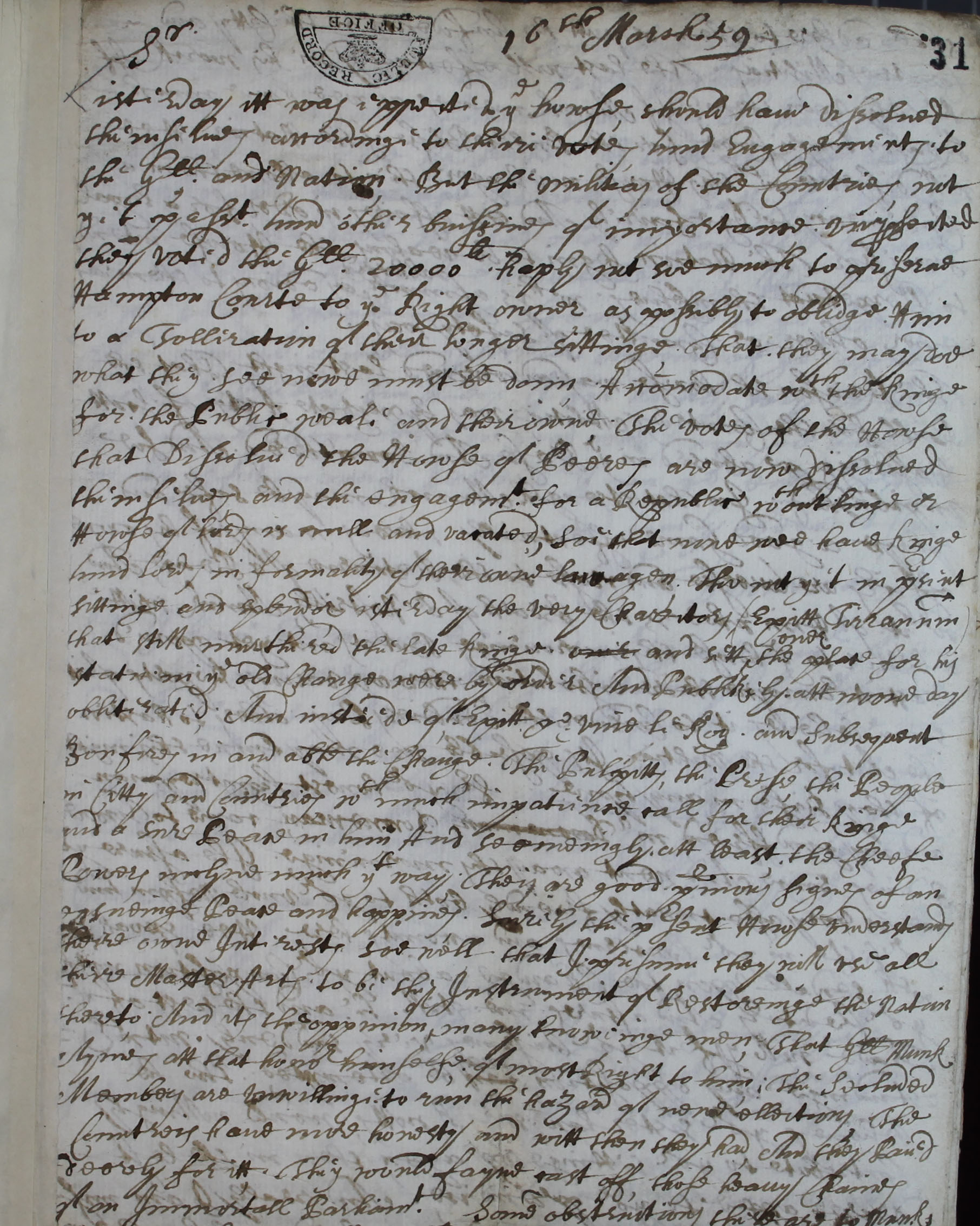 This day the House was expected to dissolve, according to their votes and engagements to the General and nation, but the militias of the counties not being yet passed, and other business unperfected, they voted the General 20,000l., haply not so much to preserve Hampton Court to the right owner, as to oblige him to tolerate their longer sitting, that they may do what they see now must be done, — accommodate with the King for the public weal [welfare] and their own. The votes of the House that dissolved the House of Peers are now dissolved themselves, and the engagement for a Republic, without King or House of Lords, is null [void] and vacated, so that now we have King and Lords in formality of their own law, though not yet in present sitting and splendour. Yesterday the very characters “Exit tyrannus” that murdered the late King [Charles I] , and were set over the place for his statue in the Old Change, were by order publicly obliterated at noon, and “Vive le Roy” put up instead. There were bonfires in and about the Change.

The pulpits, the press, the people in city and counties, with much impatience call for their King, and a sure peace in him, and seemingly the chief powers incline that way. I presume the present Parliament understands their interests so well that they will use all their master-art to be the instrument of restoring the nation thereto. Many knowing men think that Monk [George Monck] aims at that honour himself.

The secluded members are unwilling to run the hazard of the elections. The counties have more honesty and wit than they had, and they paid dearly for it. They would fain [be compelled] cast off those heavy chains of an immortal [everlasting] Parliament.

« Return to Christmas is cancelled!

Letter to Secretary Nicholas about the restoration of the monarchy, March 1660