Photograph of Sikhs as ‘raw recruits’ for the army. Catalogue reference: CN 4/8

As part of the First World War commemoration programme, this project worked with historians and playwrights to devise a series of short plays and accompanying education resources exploring the topic of South Asia and the First World War. 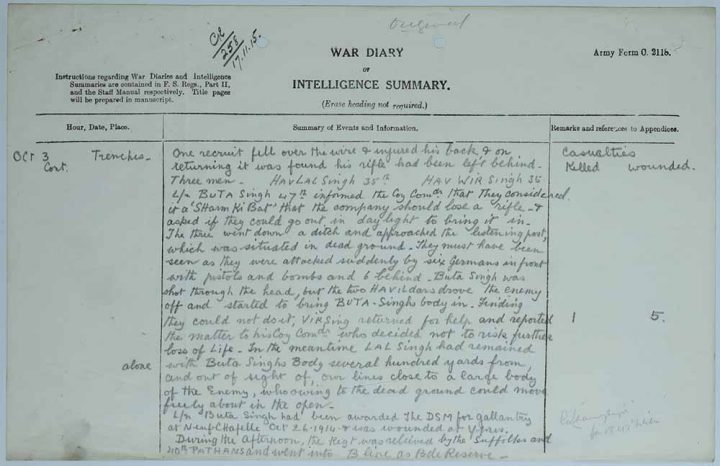 Loyalty and dissent in the First World War

I began work in autumn 2016 with Tamasha Theatre and five of their playwrights, on a new project exploring loyalty and dissent in the First World War using our records. This will culminate in a performance of five short plays at the Rich Mix Centre on Friday 31 March.

I have become increasingly fascinated and intrigued – as are many others – by the motivations of the sepoys (Indian soldiers serving under the British) who fought in the war. At the same time our records reflect the challenges posed to an all-powerful British imperial state and the tension that existed between soldiers and personnel ‘loyal’ to empire and those ‘dissenting’ voices that sought to agitate and fight to end imperial rule.

Inspired by the Outreach projects, our classroom resource, ‘Loyalty and Dissent’, is designed for Key Stages 3, 4 and 5. It will help students and teachers consider the role and treatment of the Indian Army in the First World War using original documents to give unique insights.

What were the views held by British soldiers of their Indian allies? How much did the imperial state take advantage of traditional Indian soldierly qualities to ensure their loyalty towards King and Empire? Did the Indian contribution in the war hasten the process of decolonisation?

Go to the themed collection here 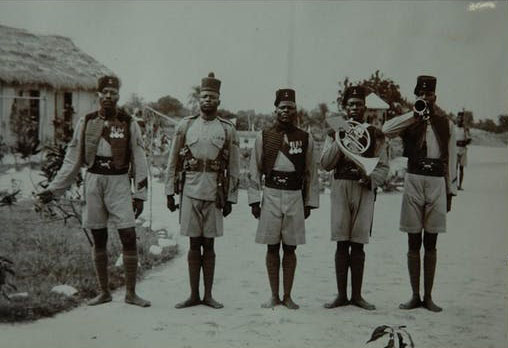 The First World War had a great impact on West Africa, as Britain ordered the invasion of German colonies in Cameroon and Togoland, using its own colonies as base. The West African Frontier Force, drawn from Sierra Leone, Ghana, Nigeria and Gambia played a key role in the campaign. War had also had a great impact on the civilian population, as the British drew off workers and resources. How did African soldiers experience the campaign, and what did the war mean for West African societies as a whole?