The students meet Jonathan Locker-Lampson. Used with permission from the V&A.

This art and performance project involved students of Wren Academy and the V&A Museum. It was inspired by a report held at The National Archives written by Commander Oliver Locker-Lampson depicting events of the Russian Revolution. The project resulted in a performance and artworks created by the students. 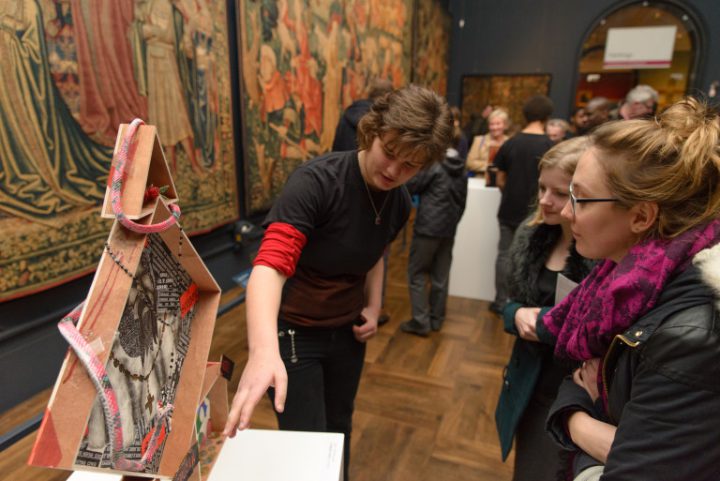 A cabinet of curiosity in the V&A tapestry gallery. Used with permission from the V&A.

‘Lampson Unlocked’: the films of the revolution!

This project, Lampson Unlocked: Fear God! Fear Nought! is a partnership project between The National Archives, the V&A’s Learning department and the Wren Academy, North Finchley. It has at its heart an original report written by Oliver Locker-Lampson, a British Armored Car squadron commander stationed in Petrograd during the Russian Revolution in 1917 (FO 371/2996). For an official report, this document is rather unusual in style. Its narrative is hurried and emotive, the reader feels the full sense of history unfolding outside the hotel where the squadron is stationed.The threat of insurrection is in the air; the fervour of starving, desperate people pushing for reform; you can almost hear the pistol shots bouncing off the walls.