The National Archives Outreach team has developed new projects on Indian indenture researching our collections and writings on indenture to support collaborative projects with Nutkhut and BAATN. We intend to further develop our Outreach offer on this very important topic.

As part of our current offer in collaboration with Nutkhut (www.nutkhut.co.uk) we have recorded a talk: An Introduction to Indian Indentured Labour: The National Archives. 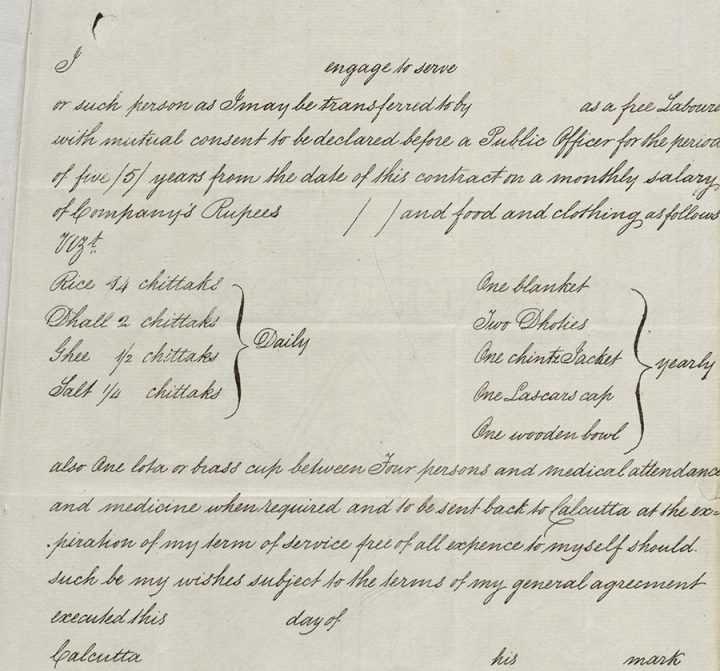 Extract of a page in an indentured labourer contract. Catalogue ref: CO 111/161

A ‘new system of slavery’? The British West Indies and the origins of Indian indenture

In March 1837, John Gladstone, a sugar plantation owner in British Guiana and representative of the West Indian Association (representing sugar planters), requested by letter a meeting with the Colonial Secretary Lord Glenelg, and Sir George Grey, his deputy.

Gladstone was anxious to obtain ‘a supply of Hill Coolies from Bengal’ to be imported as indentured labourers for a period of five years. The letter’s reply (CO 111/161) is but one component of the British government’s ‘Great Experiment’ in the post-emancipation world. The question facing the imperial government was this: could ‘free labour’ successfully deliver profitability to the British West Indian sugar plantations in competition with the slave producing sugar colonies? 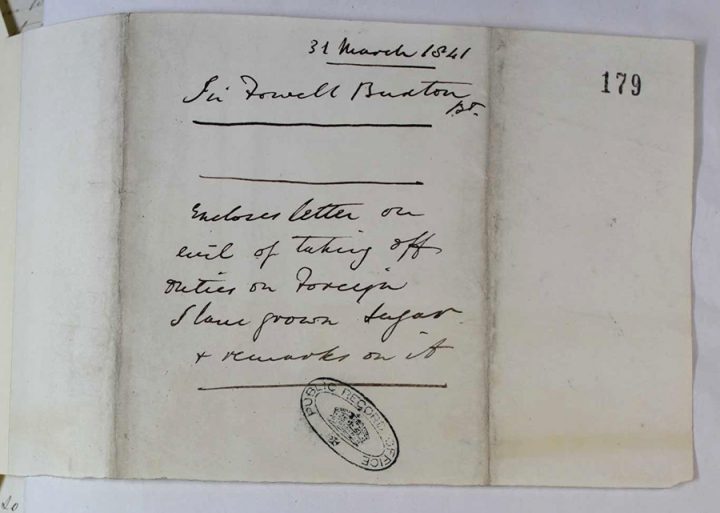 ‘The Great Experiment’: Explaining the advent of indenture to the West Indies

Between the abolition of slavery in 1834 and the First World War, more than 500,000 labourers were introduced to the British West Indies under terms of indenture. There has been much debate among historians about how and why indenture occurred. This blog will explore the impact of free trade and tariff reform on the emergence of regular indentured emigration to the West Indies by the 1850s.

In October 1842, Lord Elgin, Governor of Jamaica, addressed the Jamaica legislature remarking that the West Indian colonies were ‘the theatre of a great experiment, the issue of which may affect the doom of thousands now in bondage, and of millions yet unborn’. For many of Elgin’s generation, including men like Lord John Russell, Lord Stanley and 3rd Earl Grey, concurrent Colonial Secretaries of Britain in this period, abolition of slavery in the sugar colonies was a test of monumental significance. Could free labour produce sugar more cheaply than that produced by slave producing colonies?