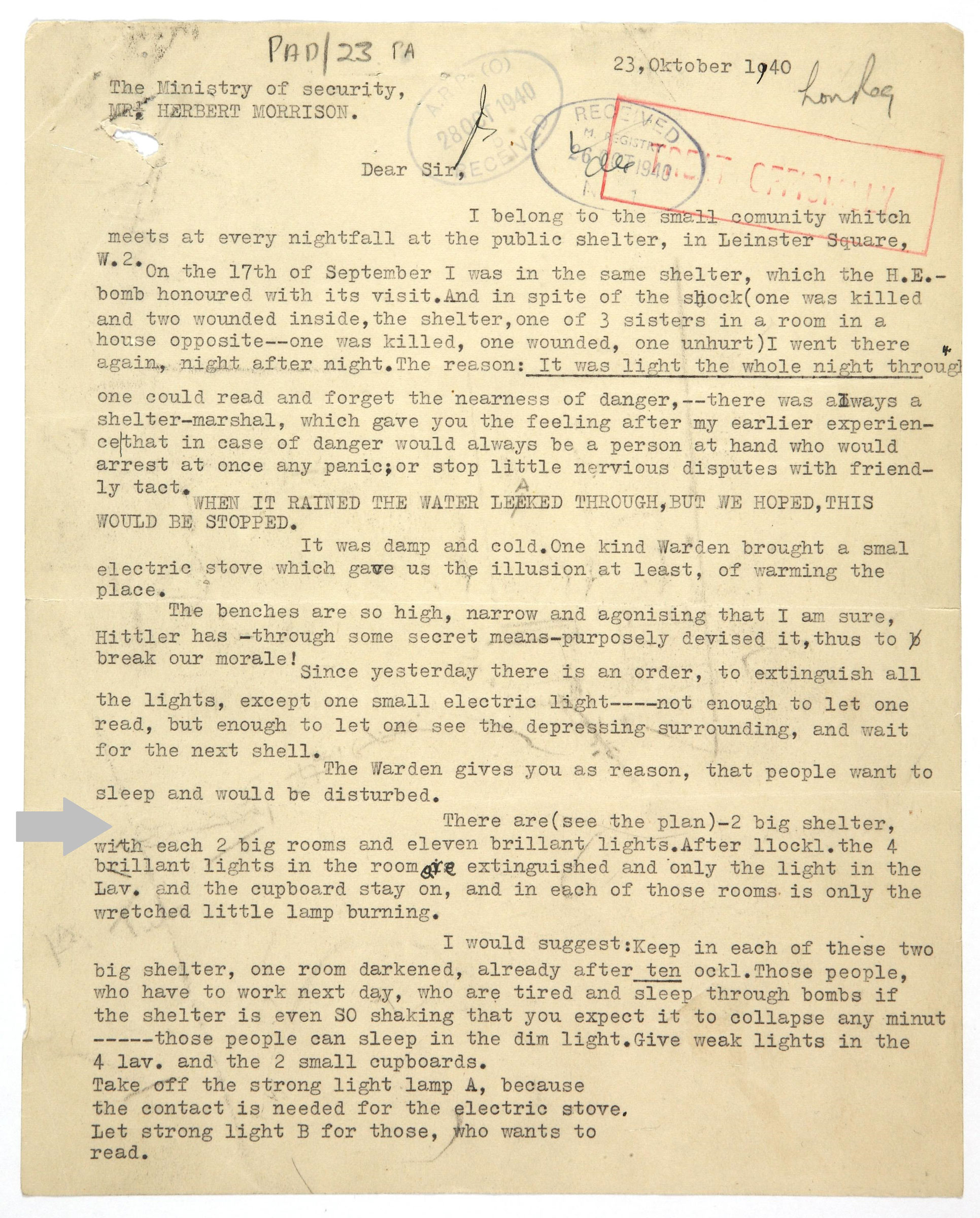 The Ministry of Security

I belong to the small community whitch

meets at every nightfall in the public shelter, in Leinster Square, W.2

On the 17th September I was I the same shelter which the H.E

bomb honoured with its visit.  And in spite of the shock (one was killed

and two wounded inside, the shelter, one of 3 sisters in a room in a

house opposite-one was killed, one wounded, one unhurt)  I went there

again, night after night.  The reason: It was light the whole night through.

One could read and forget the nearness of danger,- there was always a

shelter-marshal, which gave you the feeling after my earlier experience

arrest at once any panic, or stop little nervous disputes with friendly tact.

WHEN IT RAINED THE WATER LEAKED THROUGH, BUT WE

HOPED, THIS WOULD BE STOPPED.

It was damp and cold. One kind Warden brought a small

Electric stove which gave us the illusion at least, of warming the place.

The benches are so high, narrow and agonising that I am sure,

Hittler has – through some secret means –purposely devised it, thus to

Since yesterday there is an order to extinguish all

the lights, except one small electric light – not enough to let one

read, but enough to let one see the depressing surroundings, and wait,

for the next shell.

The Warden gives you as reason, that people want to

sleep and would be disturbed.

Here is another page from the document that the drawings come from.  Using the skills you’ve practised, take a look at this document.