The 1967 devaluation of the pound 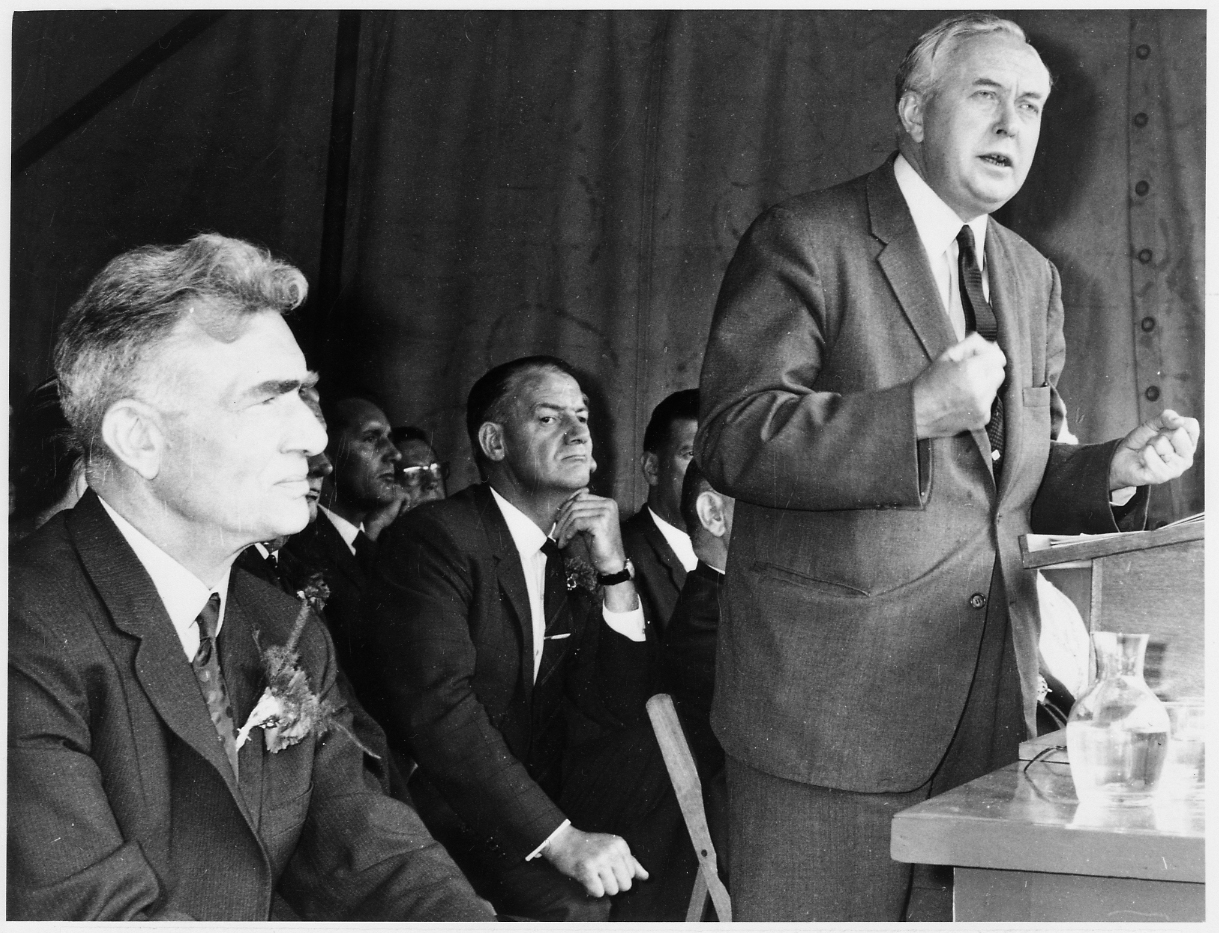 When Labour, led by Harold Wilson, took office in October 1964, it was immediately faced with a deficit of £800 million, which contributed to a series of sterling crises. A possible solution was to devalue the pound against other currencies to make imports more expensive (which meant more inflation), but exports cheaper, causing an increase.

By the summer of 1966, the pressure on sterling was acute but Wilson was determined to resist devaluation. To him the pound was a symbol of national status, of Britain’s role in the world as a key player. On 12 July 1966 the Cabinet rejected the devaluation option and agreed to a tough package of deflation and austerity instead.

However, due to several factors including international crises and dock strikes, by November 1967 the financial pressures had become overwhelming. On 16 November the Chancellor of the Exchequer, James Callaghan, with Wilson’s backing, recommended to the Cabinet that sterling should be devalued by just under 15 per cent. This was agreed and then implemented, at 14 per cent on 18 November. A package of measures including defence cuts, restrictions on hire purchase (credit), and higher interest rates was also agreed.

There was a forlorn tone to Callaghan’s proposal to the Cabinet, and at the end of November he moved to the Home Office, to be replaced as Chancellor by Roy Jenkins. In a famous broadcast, Wilson informed the nation that ‘the pound in your pocket’ had not been devalued, a controversial claim which appeared to ignore the fact that imports would become more expensive.

An extract from the Cabinet minutes, 16 November 1967