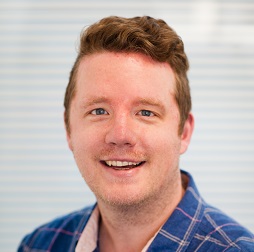 Euan Roger is a principal records specialist in the medieval team at The National Archives, specialising in the records of late medieval and early Tudor English government, the central law courts, and the secular clergy, with a particular interest in aspects of social, medical, political and material history.

His primary expertise is the history and heritage of St George’s College and Chapel, Windsor Castle, which formed the subject of the thesis for his PhD at Royal Holloway, University of London, supervised by Dr Clive Burgess. Euan’s recent research has focused on infectious disease in pre-modern England, and on the life-records of the poet Geoffrey Chaucer. He has recently published peer-reviewed articles on both subjects which presented evidence for the earliest quarantine measures used in England to control the spread of plague, and a new identification for Chaucer’s Canon in The Canterbury Tales, based on The National Archives’ collection of Chaucerian life-records.

Euan has also worked extensively on medieval hospitals and the history of pre-modern communities. His research to date has focused on St Bartholomew’s Hospital, London, and the hospital community in the 15th century. He is also interested in late medieval and early Tudor book culture (currently researching the library of Reformation Bishop of Ely, Nicholas West), medieval and Tudor London, the study of religious architecture and archaeology, and pre-modern material culture.

'To be shut up': New evidence for the development of quarantine regulations in early-Tudor England’ in Social History of Medicine (2019, currently available in advance access).