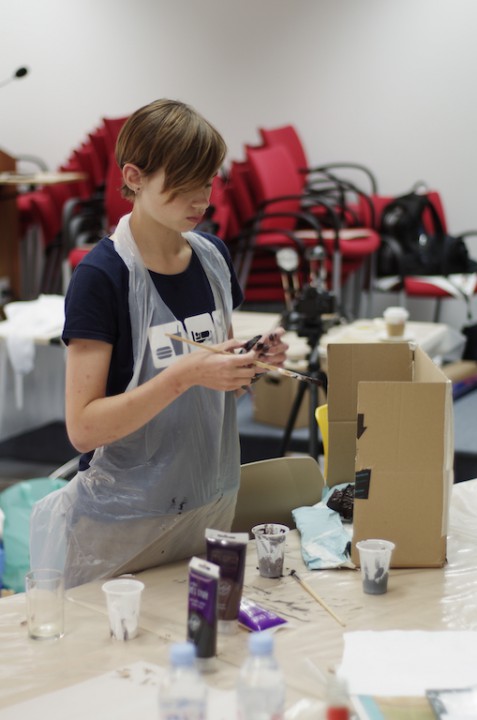 ‘Somme Tales’, a multimedia education project by The National Archives in which a stop-motion animation was made by 16- to 19-year-olds, yesterday won a MEDEA Award after being selected from over 100 entries. The win was announced in a virtual web ceremony streamed from Brussels.

The competition aims to encourage innovation and good practice in the use of media (audio, video, graphics and animation) in education. Judged by a panel of 86 members, it was among eight entries chosen as finalists out of over 100 submissions from 26 countries. ‘Somme Tales’ won the overall MEDEA Award for User Generated Media and will be invited to next year’s Media and Learning Conference 2018 in Brussels.

The MEDEA Awards Judges said: ‘The Judges appreciated the huge didactic value of the project, its subject and content, but also the whole process of the creation of the video. It’s not only a history lesson but an inspiring encounter with film making, archival work and multimedia storytelling. The learning objectives are clear and realistic, while multidimensional and engaging for the target group.’

Director of Public Engagement at The National Archives, Caroline Ottaway-Searle, said: ‘It is projects like Somme Tales that demonstrate that archives exist as a resource to be used by everyone. The young people really valued the opportunity to be part of this project, and they discovered just how powerful archives can be in bringing history to life. The finished film surpassed all expectations and is a very fitting commemoration of the Battle of the Somme.’

The film was funded with the support of the Friends of The National Archives and is available to watch online.

Read more about the project in our blog

Find out more about the Friends of The National Archives