Today we have released files from the Prime Minister’s Office and Cabinet Office predominantly covering the year of 1992, and also a selection of files from the Foreign and Commonwealth Office.

The newly released Cabinet Office files (CAB and PREM) shed light on a range of subjects both at home and abroad under John Major’s leadership. In addition to 1992, this release includes some files from the last years of Margaret Thatcher’s government. The Foreign & Commonwealth Office files (FO and FCO) focus on British activity in Germany post-1945 and also include the Private Office papers of various individuals including former Foreign Secretaries James Callaghan and Douglas Hurd.

The files are available to view in the public reading rooms at The National Archives, Kew. A selection of files have been digitised and can be viewed and downloaded using our catalogue, Discovery.

Domestically, the files cover issues as diverse as the use of the Government Car Service (PREM 19/3232), ministerial responsibility for zoos (PREM 19/3783), and the publication of volumes four and five of the Official History of Intelligence in the Second World War (PREM 19/3785). An expansive document outlining the Conservative Party’s draft manifesto proposals for the 1992 General Election and subsequent discussion among Cabinet members (PREM 19/3636) shines a light on the style of Major’s leadership. Also relating to the parliamentary election is a two-part file encompassing post-election briefing papers for a new Prime Minister: including plans and papers for either a returning Conservative or a newly-elected Labour Prime Minister (PREM 19/3701). There are details of the 1992 Hayes Report into the sinking of the pleasure steamer Marchioness on the River Thames in August 1989 at a cost of 51 lives (PREM 19/3658). While a debate on Broadcasting Policy includes draft consultation papers exploring the future of the BBC as the corporation’s Charter was due to expire in 1996 (PREM 19/3618 and PREM 19/3619). 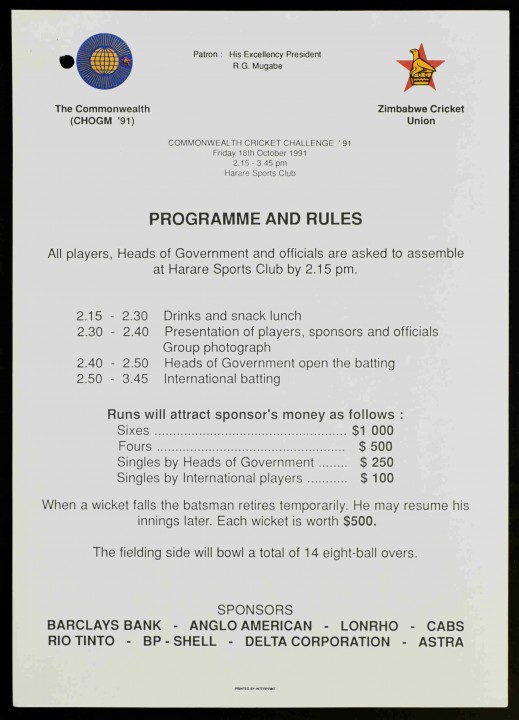 Internationally, there are various files relating to the end of the Soviet Union and Moscow’s relationship with the UK. This includes the final disintegration of the USSR, the resignation of Gorbachev, and questions about the security of the Soviet nuclear arsenal (PREM 19/3562). In addition, the ongoing government response to the Chernobyl disaster continues into the 1990s (PREM 19/3656). John Major’s visit to Zimbabwe for a Commonwealth Heads of Government Meeting, which also included a charity cricket match at the suggestion of the Prime Minister of Pakistan, is included (PREM 19/3908), as is a file outlining sanctions against Yugoslavia and Belgrade’s withdrawal from the 1992 Olympic Games in Barcelona (PREM 19/3955). The release also includes a file on the internal situation in Iraq in aftermath of the Gulf War (PREM 19/3401), and one containing requests by former US President Richard Nixon to meet with the Prime Minister (PREM 19/3986).

Read a blog post from our records specialists on this release.

You can also find out more about our previous file releases.