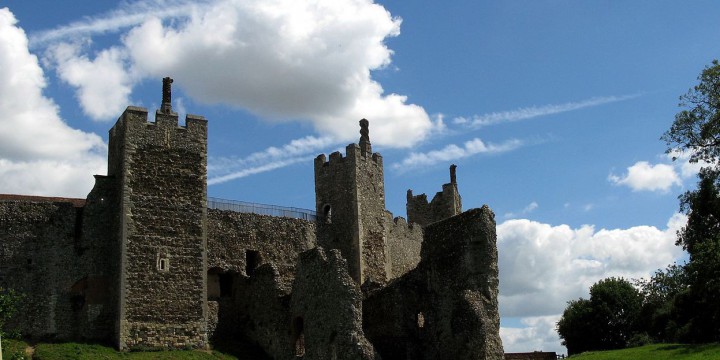 Times were turbulent at Framlingham Castle during the middle ages. In 1157, it was confiscated from the powerful Bigod family by King Henry II. The castle remained in his possession until 1165 when the Bigods paid a huge sum of money to regain it. Ten years later, following their rebellion against the crown, Henry ordered the castle to be dismantled as punishment.

But what was Framlingham Castle’s primary function? Was it a symbol of military might or a centre of local government? Who were the people who lived and worked there?

Our new classroom resource for Key Stage 4 uses original source materials to enable students to develop their powers of evaluation and analysis. The records used include royal grants, extracts from pipe rolls and the Calendar of Patent Rolls, royal orders, licences and pardons.

All the documents included in this lesson relate to Framlingham Castle, which features in the specification for ‘OCR History GCSE module: Castles Form and Function c1000-1750 as specified site’ in conjunction with English Heritage. Framlingham Castle is the first named site for OCR in 2018.