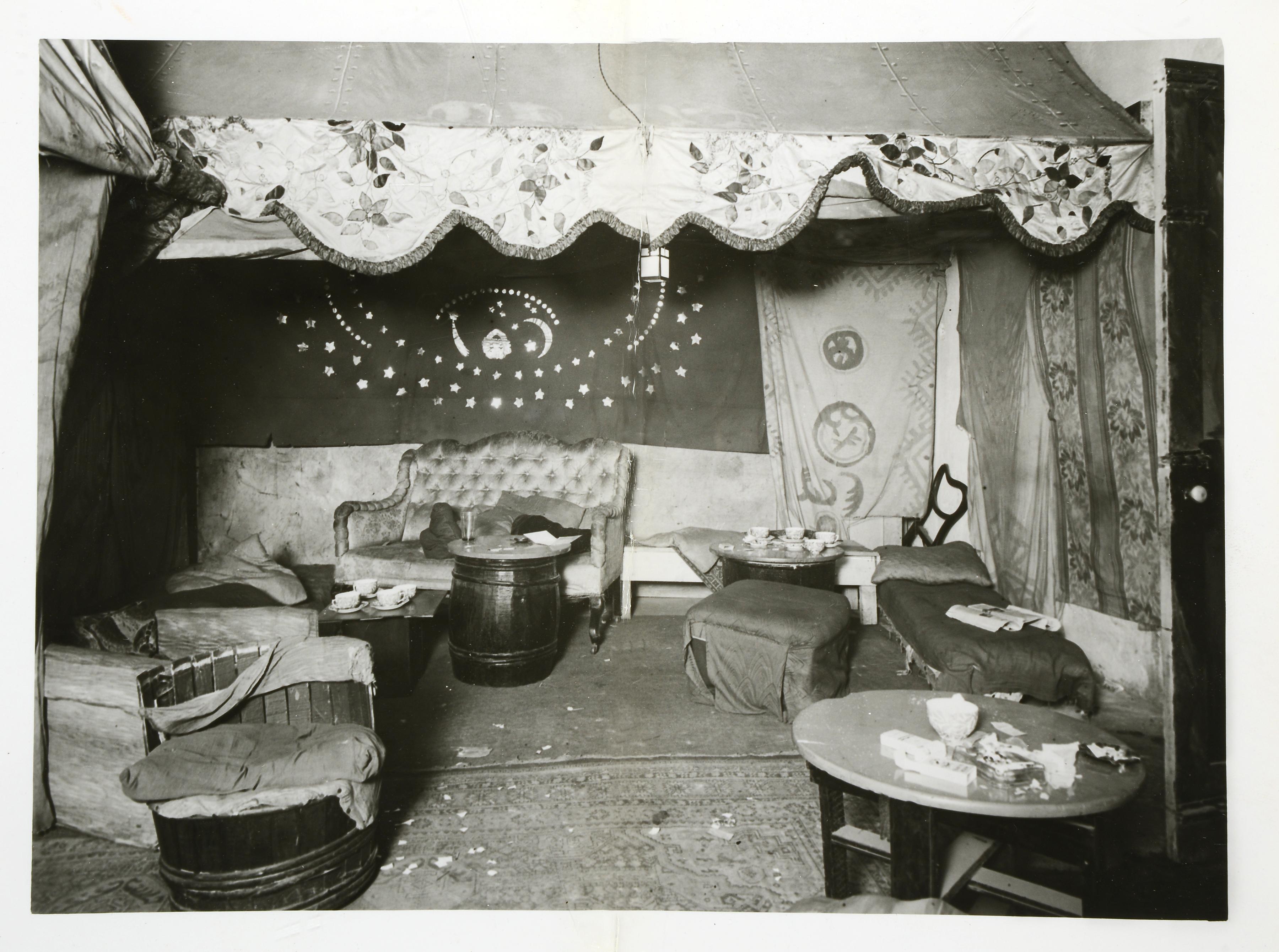 Today we can announce an exciting project to recreate a bohemian 1930s queer club at a venue on the fringes of Soho and Covent Garden, in collaboration with the National Trust.

‘Queer City: London Club Culture 1918-1967’ will recreate the capital’s ‘most bohemian rendezvous’, The Caravan, at almost the exact location of the original club. Promoted as ‘the most unconventional spot in town’, The Caravan was a queer-friendly members club which was raided and closed by police in 1934. The 1930s was a time when being openly homosexual frequently led to prosecution and imprisonment and this project seeks to tell the important story of many similar clandestine LGBTQ+ spaces.

Photographs, court reports, police papers and witness statements on The Caravan and other clubs of the era will be used to re-create the striking bohemian interior of the underground club. Selected from The National Archives’ extensive collection, these documents reveal great detail and insights into club culture and the every day prejudices facing the homosexual community in this period. The venue, at Freud Café-Bar, 198 Shaftesbury Avenue, will form the focal point of a month of tours of LGBTQ+ heritage and queer club culture throughout Covent Garden and Soho from Thursday 2 March to Sunday 26 March, 2017.

As well as tours, there will be an exciting programme of themed talks, debates and performances at Freud Café-Bar capturing the spirit of The Caravan and wider queer club culture, along with examples of the documents which tell the club’s story.

‘This year marks 50 years since the partial decriminalisation of homosexuality, with the 1967 Sexual Offences Act. We are delighted to be working with the National Trust on Queer City in this important anniversary year.

‘The National Archives holds a wide-ranging collection of documents offering important insight into the experiences of LGBTQ+ communities throughout history and we are holding other events onsite this year which will explore the changing queer experience.’

For information on other LGBTQ+ events at The National Archives: OUTing the Past 2017