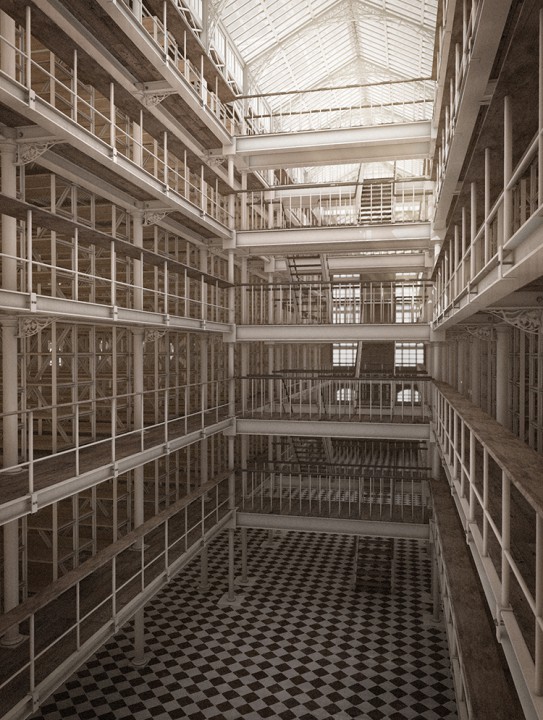 The National Archives is one of four partners supporting a ground-breaking project to digitally reconstruct the building and contents of the Public Record Office of Ireland, destroyed by fire at Dublin’s Four Courts complex at the outset of the Irish Civil War.

The project, ‘Beyond 2022: Ireland’s Virtual Record Treasury’, was launched today at an event in Trinity College Dublin. The project is a collaboration with Trinity and four archival partners: The National Archives (UK), The National Archives of Ireland (Dublin), The Public Record Office of Northern Ireland (Belfast) and The Irish Manuscripts Commission. The project is funded by the Irish Research Council.

‘What really stands out for me about Beyond 2022 is the nature and scale of the collaboration involved and we are proud to be one of the partners in this innovative project.

‘Partnerships allow us to pool resources, share expertise and work together to enable the very best possible outcomes for archives and their collections, for the people using them and for our wider cultural heritage.’

When the Public Record Office of Ireland went up in flames on 30 June 1922, seven centuries of Ireland’s historical and genealogical records stored in a magnificent six-storey Victorian archive building known as the Record Treasury were lost. In one afternoon, hundreds of thousands of records of the governance of Ireland, dating back to the 13th century, were destroyed – seemingly forever.

Developments in digital technology, historical research and archival theory and practice mean that these losses are not irrecoverable. Today historians and computer scientists at Trinity College Dublin have unveiled plans to bring Ireland’s Public Record Office back to life by creating a 3D virtual reality model of the destroyed building and refilling its shelves in order to provide fully-searchable access to surviving documents and copies of the lost records, which have been identified by the team in archives and libraries around the world. The completed project will be made available on the centenary of the fire in 2022 and will allow a global audience to connect with 700 years of Ireland’s past.