Set cookie preferences
Home > 20sPeople > The 43: the most notorious club of the decade > The 43 Club in pictures

The 43 Club in pictures

Discover the fascinating story of The 43 told through the records we hold. Our 1920s record specialist, Lisa Berry-Waite, has uncovered these documents, which shed light on the club and its owner.

The 43 in Soho was arguably the most notorious nightclub of the 1920s. The club was owned by Kate Meyrick; known as the ‘Nightclub Queen’, she regularly broke licensing laws, and the club was often raided by the Metropolitan Police as a result. 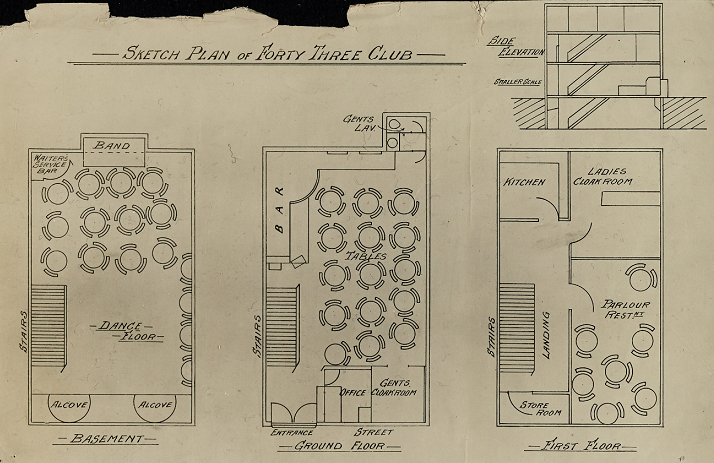 During her career, Kate ran eight nightclubs in London and one in Paris. The 43 was her longest running business which, open from 1921 to 1933.

Kate could often be found at the entrance of The 43 welcoming members & taking an entrance fee from visitors. The 43 attracted a diverse clientele, from the rich and famous to the criminal underground. Special events were also organised, such as gala nights & fancy dress parties.

Kate’s frequent law-breaking and subsequent raids on the club by the Metropolitan Police means that we hold a wealth of material on The 43. 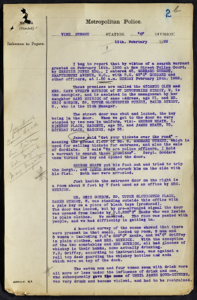 Kate was not alone in breaking licensing laws, which she argued was the only way to keep up with her competitors.

A fine and an order to close the club were the usual punishments for breaking licensing laws. However, as Kate continued to break the law, the Home Secretary at the time, William Joynson-Hicks, decided to crack down on nightclubs, and the consequences of her law-breaking became more severe. 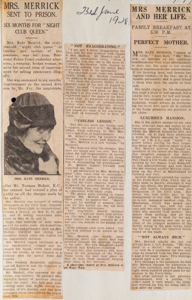 This spell in prison was for paying a police officer, George Goddard, to warn her when raids on her premises were planned.

Reflecting on her nightclub experience in 1929, Kate stated that ‘night club management is a wonderfully colourful and attractive existence’. However, she also acknowledged that it was ‘a hazardous occupation if one depends on it for a living.’

Although Kate repeatedly broke the law, she was also an influential 1920s business woman who successfully provided for her family.

You can discover more about the life of Kate Meyrick here: 20 People of the 20s – Kate Meyrick

If you would like to look at these documents yourself, you can find them by using the reference numbers in the captions.

Search and order them to view in person at Kew: Discovery, our online catalogue.

Also in The 43: the most notorious club of the decade