We were overwhelmed by the response from members of the public, who sent in photos of life in the 1920s in their hundreds as part of our call-out for our recent exhibition, ‘The 1920s: Beyond the Roar‘. Following on from Scenes of Love and Friendship, our celebration of love for Valentine’s Day, we chose 10 images that celebrate family for Mother’s Day. As with our Valentine’s collection, we wanted to capture the idea of motherhood, and family, in the broadest sense; the photos feature everything from parents with newborns, multi-generational groups, to families on days out. Thank you to all those who submitted these wonderful stories, and for showing that, behind every seemingly ‘ordinary’ photo, there is a tale waiting to be told. 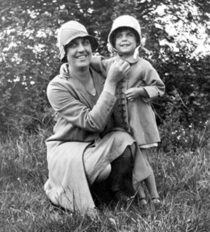 Sent in by Helen, this photo shows her grandmother and mother, Joan, the latter aged about three years old. Helen says about the photo: ‘I think here, she is holding a buttercup under my mother’s chin and saying ‘Do you like butter?”. Common folklore has it that, if a yellow reflection appeared on the chin the small flower was placed under, then you did. 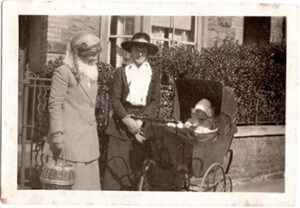 We love this image – it’s a great insight into the sort of parenting paraphernalia that came with looking after an infant 100 years ago. It also looks like the sort of street that has changed very little over the years! Submitted by Liz, this photo shows Ivy Fisher (middle) with her daughter Beryl, and friend Kate Jaques looking affectionately at the young child. Liz informs us that Kate was a dressmaker, and owned her own shop, ‘Madame Jaques’. Is it possible that she made some of the fantastic garments on show? 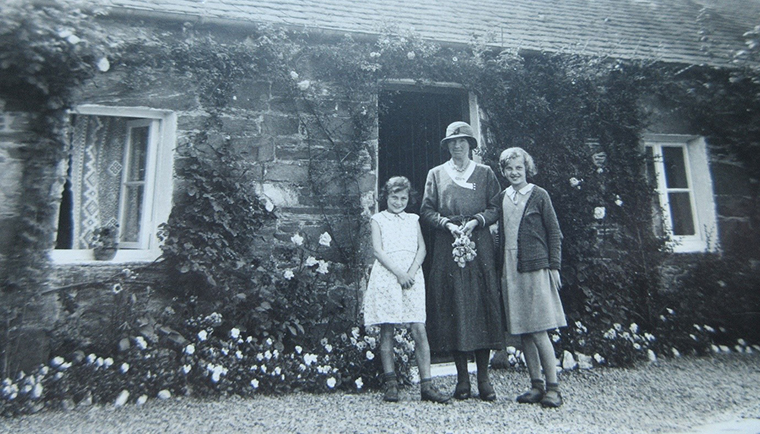 Pictured here are Jane Burnside and her two daughters, Dorothy (left) and Christina (right). Their father, John, is behind the camera as the three pose outside the cottage in Port-na-Craig, Perthshire, where they were to stay on holiday. Both Dorothy and Jane were well known for their poetry recitals and singing! 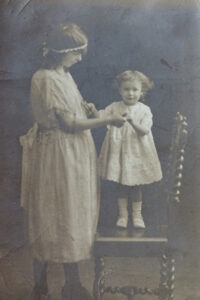 Esther with her aunt, Edna, c.1922. Submitted by Gillian Chester.

The charming simplicity of this photo belies the complexities of family life that can often remain hidden to the uninformed. The young girl in this photo is Esther, grandmother of Gillian, who submitted this photo. She is with her aunt Edna in this image; Esther was born out of wedlock, to a mother who later moved to America, and was left in the care of her maternal grandmother. Gillian describes how her grandmother continued to dance until she was 97, with line dancing being a particular favourite in her later years. As if that wasn’t impressive enough, she was also a rather talented artist. 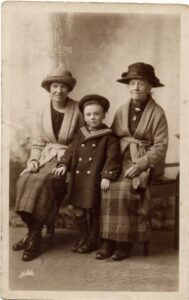 Three generations of the Maylin family

It seems that being brought up by grandparents was not uncommon in the 1920s; pictured here are Maud, Derrick and Bertha Maylin. Maud was unmarried when Derrick was born, who was brought up by his grandparents, before moving in with his aunt and uncle at sixteen years of age. It is perhaps unsurprising, then, that Christine – who submitted this photo – believed Maud to be her great-aunt. 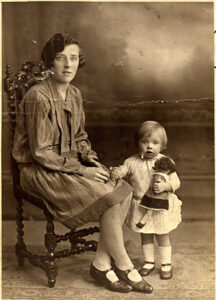 Submitted by Andrew, this photo shows his grandmother, Mabel, with his mother, Thelma. Again, the photo is a starting point to a much richer tale; talking about his grandmother, Andrew details: ‘She was quite deaf by the time I knew her, and would take her dentures out and gurney at us, both frightening and hilarious for a child.’ One can only imagine!

The quintessential British family scene; a day at the seaside. Pictured on Brighton sea front, the family certainly seem to have prepared well for the day. Unfortunately, some of the memories attached to this photo are rather more sombre. Anne, who submitted the photo, describes the tragic story of Daisy May (centre), who was her grandmother: ‘She was taken to Argentina when she was 5 months old, in January 1889…her father died in Argentina & she returned to UK with her mother’. Anne details how the family travelled on board the SS Dresden; their voyage became known as the ‘Dresden Affair’, due to the poor conditions on board and continued difficulties in Argentina. 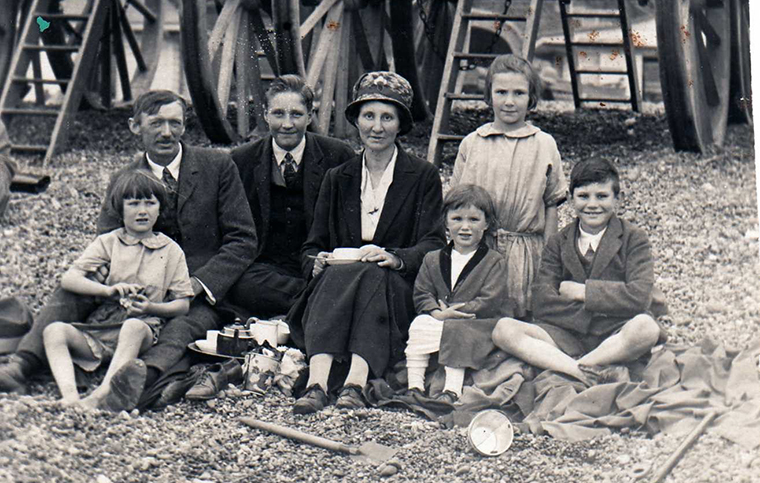 A night at the carnival 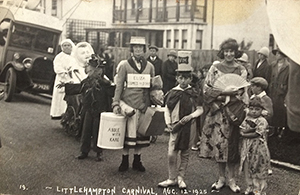 Another staple of British family life – the carnival. Leigh, the submitter of the photo, tells of how Nellie (wearing the ‘Eliza comes to stay’ sign) and Minnie (holding the fan) had been music hall artistes, and loved to join in with the fancy dress competition at the local carnival after their retirement – and well into their 70s! Nellie had also been a comedienne, mostly going by ‘Dan’, after the comedian Dan Crawley. Here they are pictured with Nellie’s sons Barrie (left, dressed as a scarecrow) and Dennis (centre, in top hat), and Rita (right), Minnie’s daughter. 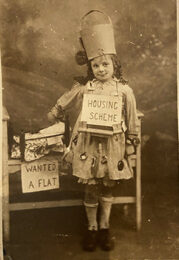 Submitted by Susan, this rather sweet photo is of her mother, Doris. Born in 1913, a bit of detective work on Susan’s part reveals that this political-themed costume most likely relates to the Housing Bill of 1921, making Doris just eight years old when this photo was taken. 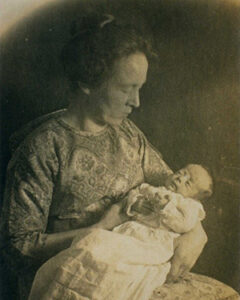 A rather touching story to finish; Stephen submitted this photo of Alice, his grandmother, with Edna, his mother. Edna was born prematurely, on New Years Eve 1920, and weighed just 3lb 3oz. Edna would go on to serve as a fabric worker in the Women’s Auxiliary Air Force during the Second World War, repairing Wellington bombers and Mosquitos. She married in 1946, and had four children.

Discover the full gallery of photos submitted by the public here: Your 20sPeople gallery