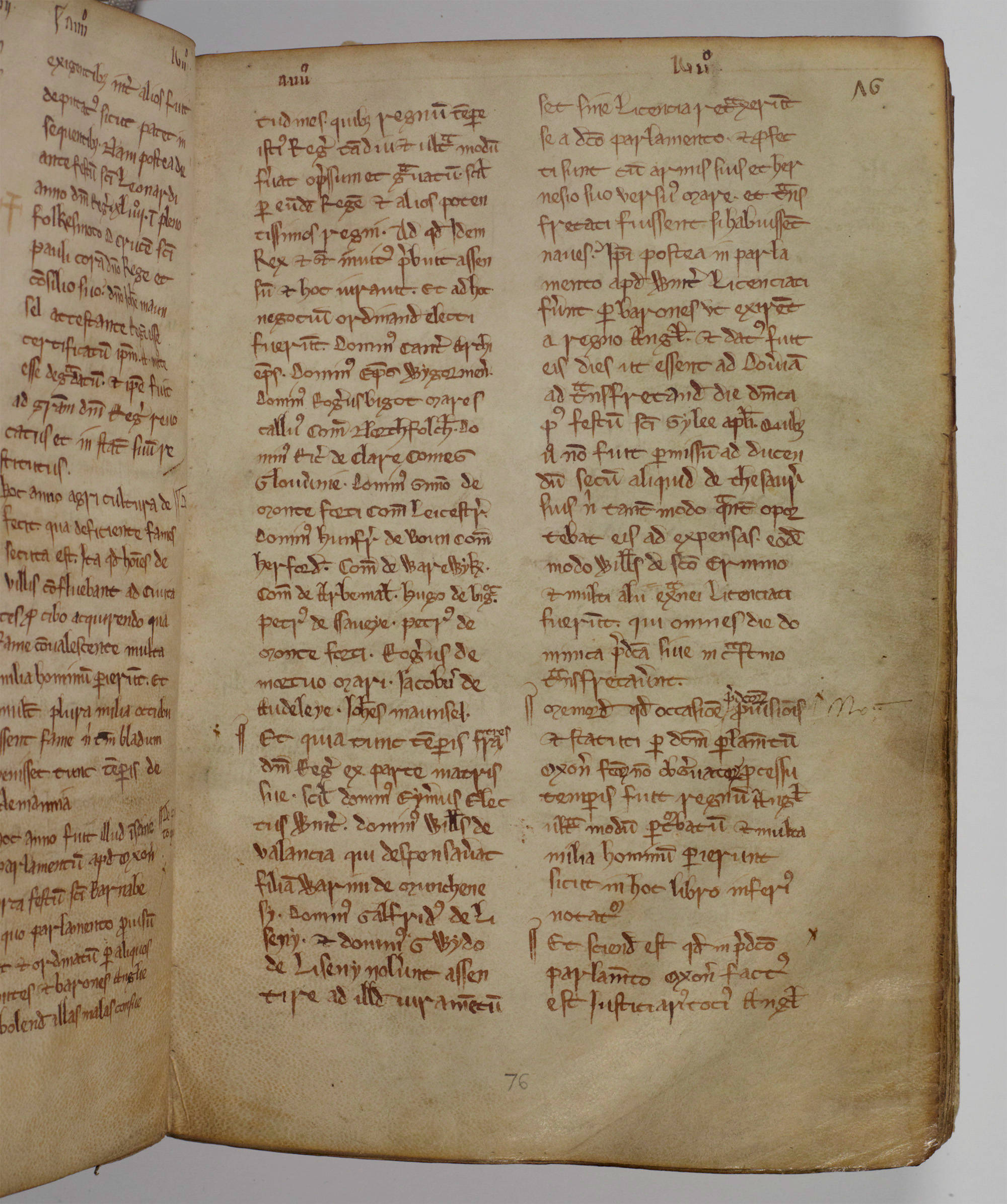 x
This year [1265], on the Octaves of Saint Hilary [13 January], there came to London, by summons of his lordship the King, all the Bishops, Abbots, Priors, Earls, [and] Barons, of the whole realm, as also the Barons of the Cinque Ports, [and] four men of every city and borough, to hold a Parliament; in which Parliament, on Saint Valentine’s Day [14 February], it was made known in the Chapter-House at Westminster, that his lordship the King had bound himself by his charter, on oath, that neither he nor Sir Edward, would from then on attack, or cause to be attacked, the Earls of Leicester (Simon de Montfort) or Gloucester, or the citizens of London, or any of those who had sided with them, because of anything done in the time of the past fighting in the realm; and he thereby expressly gave orders, that the Charters of Liberties and of the Forest, which had been made in the ninth year of his reign [1225], together with the other articles which had been enacted in the month of June in the 48th year of his reign [1264], should be forever observed.
Zoom
Transcript

This account is written by my friend the chronicler of the Mayor of London. He gives an excellent account of the Parliament that has been called and explains what the documents are that have been issued. But you should remember that King Henry III is in prison and all of this is being done in his name by Simon de Montfort. Will people support these radical plans?

Extract from the Chronicles of Mayors and Sheriffs of London 1265

What year of Henry’s reign were the Charters of Liberties of the Forest made?

Not quite right, I’m afraid...

Why don’t you study the document and read the transcript again?

Excellent, yes it was indeed the 9th year of Henry’s reign, which was the year 1225. Well done!