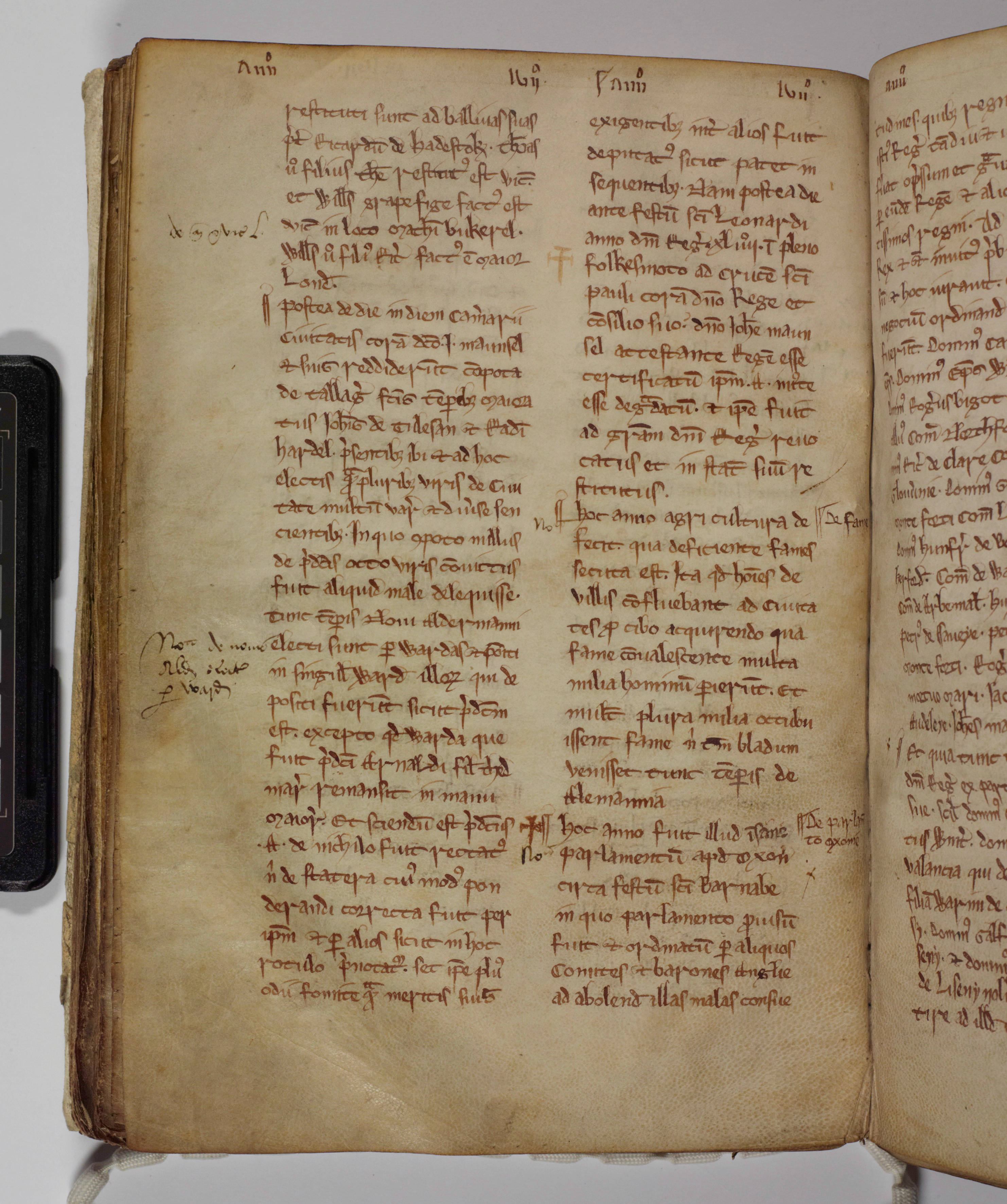 x
In this year (1258) was held the Mad Parliament at Oxford. At this Parliament certain earls and barons of England ordered that those bad customs, which had developed in the reign of the king, should be abolished because they oppressed and aggrieved the country. The King agreed, though reluctantly, and made promise to that effect. And to carry out this matter, there were chosen the Lord Archbishop of Canterbury, the Lord Bishop of Worcester, Sir Roger Bigod, Marshal, [and] Earl of Norfolk, Sir Richard de Clare Earl of Gloucester, Sir Simon de Montfort Earl of Leicester, Sir Humphrey de Bohun Earl of Hereford, the Earl of Warwick, the Earl of Albemarle, Hugh de Bigot, Peter de Saveye, Peter de Montfort, Roger de Mortimer, James de Audeleye, [and] John Maunsel… It should also be known, that in the aforesaid Parliament at Oxford, a Justiciar over the whole of England was elected by the Barons, in the person of Hugh Bigod, brother of the Marshal (Sir Roger Bigod), and the Tower of London was delivered into his hands.
Zoom
Transcript

My good friend, the chronicler of the Mayor of London has written an excellent description of what has become known as the ‘Mad Parliament’. A lot of people seem to agree with the action taken by Simon de Montfort and the barons. They set out a new form of government in a document known as the Provisions of Oxford. Because of this document, King Henry III has been forced to rule with the advice of 24 councillors, but 12 of these councillors are chosen by the barons rather than the king. They have elected Hugh Bigod as a Justiciar, a chief minister who represents the power of the King when he is absent.

What do the barons want abolished?

Close, but not quite right...

Try listening to the document transcript once more?

You’re right! Indeed, the barons want to abolish bad customs they believe have oppressed and aggrieved the country...