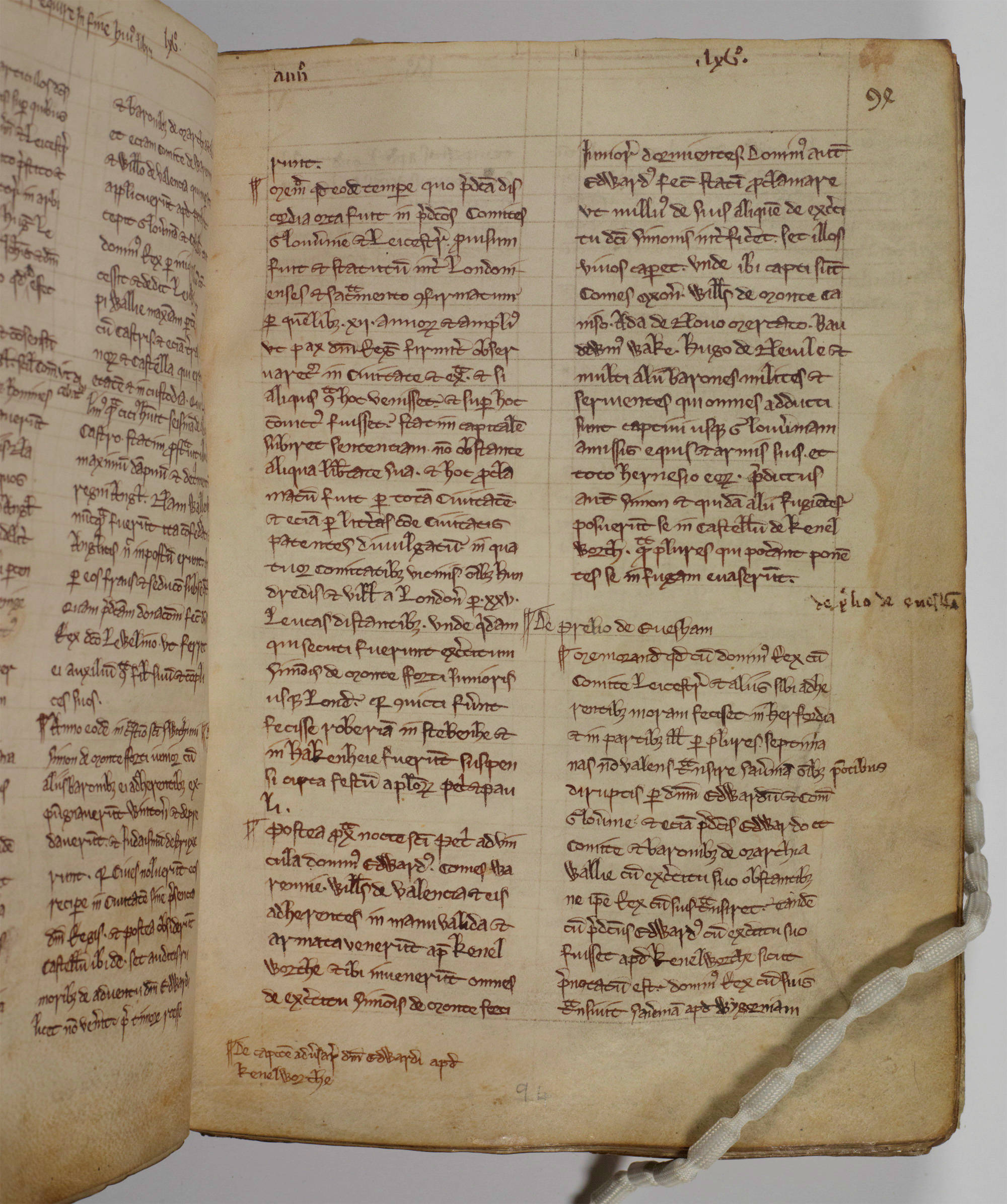 The head of the Earl of Leicester, it is said, was severed from his body, and his testicles cut off and hung on either side of his nose; and in such guise the head was sent to the wife of Sir Roger de Mortimer, at Wiggemor Castle. His hands and feet were also cut off, and sent to various places to enemies of his, as a great mark of dishonour to the deceased; the trunk of his body however, and that only, was given for burial in the church of Evesham. On the same day and at the same hour that the battle took place, there was a very great tempest at London and elsewhere, accompanied with lightning and thunder.

I have just received this account from my friend the chronicler of the Mayor of London. He tells of a great battle that has taken place at Evesham between Simon de Montfort, Earl of Leicester and Prince Edward, the son of Henry III, who is now supported by the Earl of Gloucester, previously a friend of de Montfort. You can read the gruesome outcome of this battle for de Montfort, and his own sons Henry and Peter, but what will this mean for his radical plans? Will Henry III stick by the terms of the agreement made by the Parliament in London earlier in the year?

What happened in London at the same time as the battle?

Not quite... Why don’t you return to the document and listen to the transcrip in more detail?

Brilliant, you really are a thorough researcher! That is the right answer!